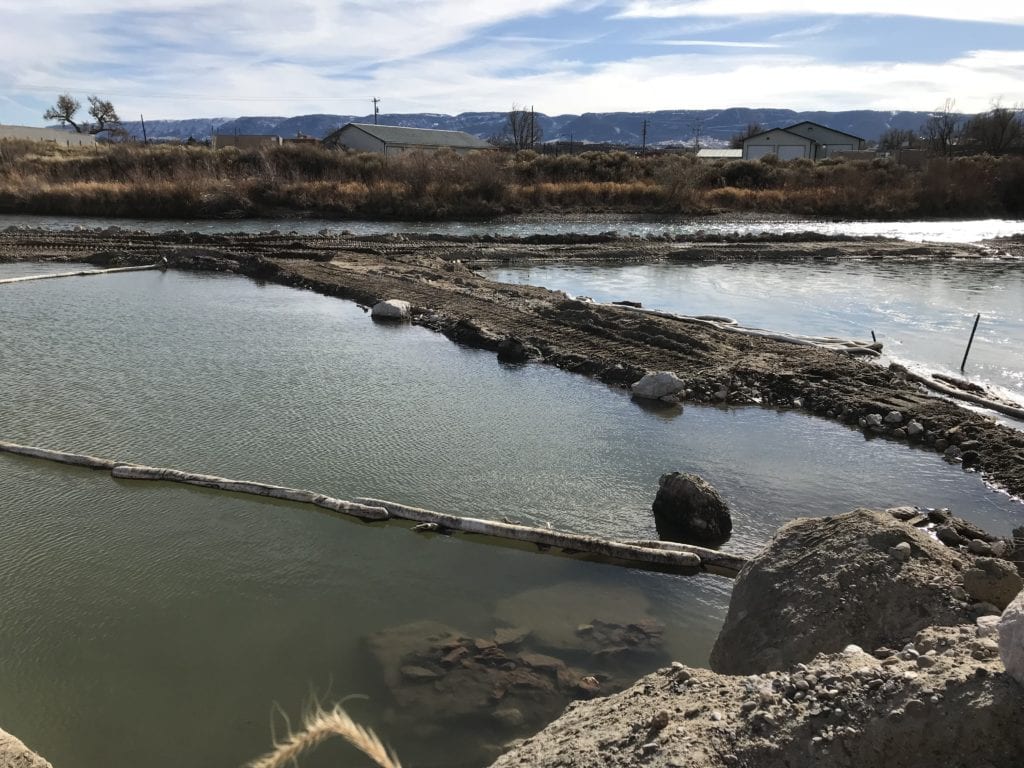 In 2019, dirt road structures in the river were temporarily put in place to help isolate sections being worked on to prevent pollution from escaping downstream. (Brendan LaChance, Oil City)

CASPER, Wyo. — The Casper City Council voted 8–0 in favor of authorizing the city to accept a $402,016.13 donation from BP Products North America during a special meeting on Tuesday, December 14. Council member Shawn Johnson was absent during the special meeting.

That led to delays and cost overages totaling $681,719.13, according to a memo from Casper Assistant to the City Manager Jolene Martinez. The project was completed in December 2020, about a year behind schedule.

In addition to the donation the city council accepted on Tuesday, BP had previously provided $192,000 toward the cost of the First Street Reach portion of the restoration project, according to the memo.

City of Casper staff and the Platte River Revival Advisory Committee members began working with BP Products in 2019 to help recover some of the cost overages due to the contamination.