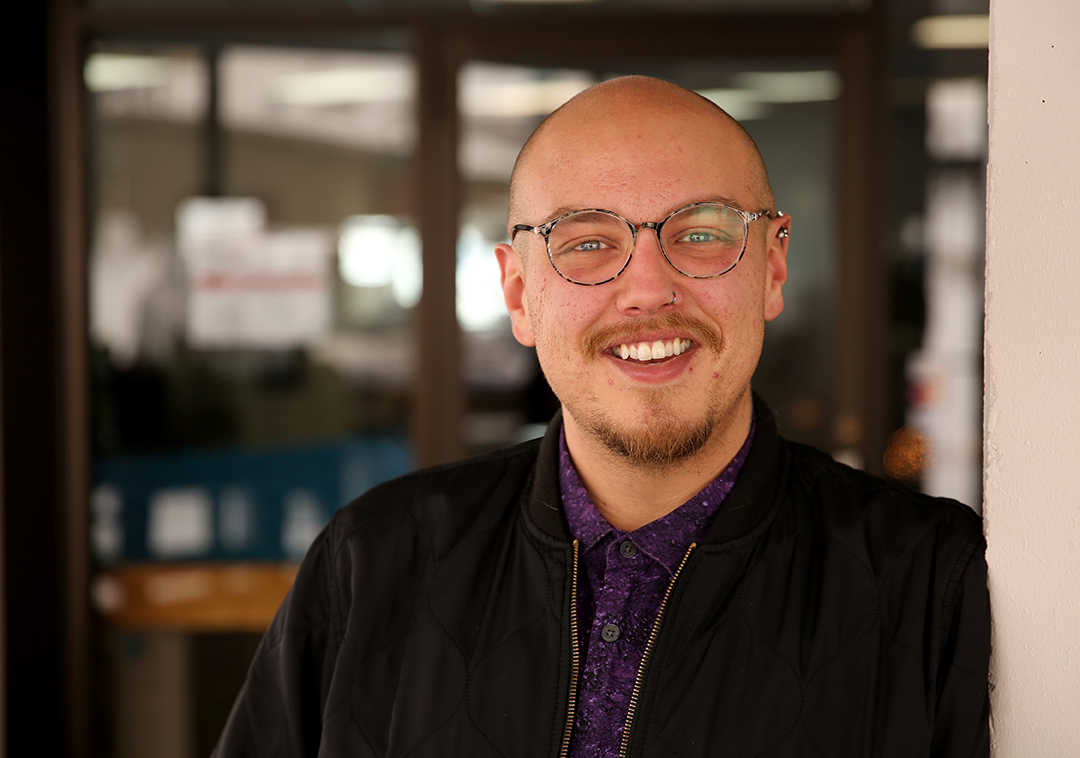 Gage Williams poses at the Self Help Center in Evansville. Williams started the Queer Youth Space in 2020 to help young LGBTQ+ people in the community. (Dan Cepeda, Oil City)

CASPER, Wyo. — Helping Casper LGBTQ+ youth feel safe and accepted has been one of Gage William’s missions for years.

As a 2009 graduate of Kelly Walsh High School, he has personal experience of growing up queer in a small community. “Work was my safe space,” he said, “because I was around people that understood what I was going through.”

“School was not the safe place — it was one of those places where you just wanted it over as fast as you could.”

Now an associate director of the Self-Help Center and advocate for the LGBTQ community, Williams has created a safe place for queer youth to gather and feel supported.

The Queer Youth Space is a club for youth ages 13 to 18 that meets on the second Monday of each month at the Self-Help Center in Evansville for activities and support. “We keep the topics very kid-centric, nothing inappropriate,” said Williams, who leads the group with interns at the Self Help Center.

Mostly, however, the topics are driven by the people attending the group. “It’s all about them,” he said. “They lead the conversation and we’re there to hand out resources or talk about different resources, and whatever answers I can give, I’ll give.”

Williams says that optimally schools would be their safe space, and while the situation there has improved dramatically in Casper since he was a youth, there’s still a lot of work to be done.

Williams says the problem is particularly troublesome in middle schools, where kids are already at a confusing point in their lives.

The support group is a potentially important resource for queer youth, but Williams says it can still be difficult for kids to attend. “I think the kids who come to our groups are out at home,” he said. “Obviously they need their parents to get them here, so I do think we’re missing a big chunk of those who cannot come out at home just because we have to do it off site.”

Since Williams has stayed in the Casper community after graduating, he’s seen numerous classmates who were closeted in their youth eventually come out as they age into their 30s. He wonders how their lives might have been different if they had a safe space at school, “because they’d have a place to go and could start accepting themselves a lot sooner,” he said.

The Queer Youth Space meets on the second Monday of every month at the Self-Help Center, located at 740 Luker Lane in Evansville. Call (307) 235-2814 for more information.