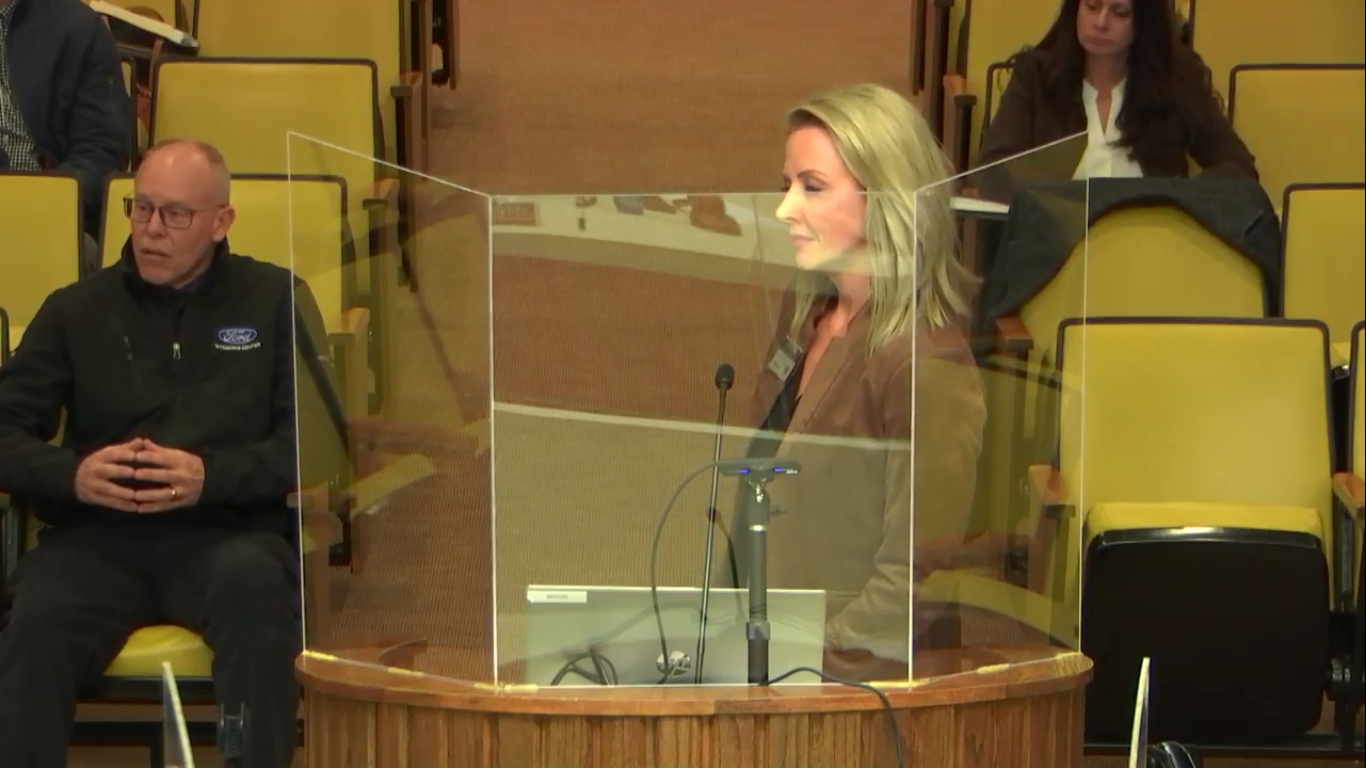 That included around $13.9 million in economic impact surrounding state high school sports tournaments hosted at Ford Wyoming Center. The economic impact comes from money people spend on things like lodging, retail, food and beverage and entertainment while in Casper to attend an event at the facility.

“This facility is a real driver in a way that probably no other facility in our county really is,” Kaufman said.

In addition to sharing information on the estimated economic impact generated by the Ford Wyoming Center, Kaufman asked that the city council consider supporting a study to look into what future demand might be for the facility and to explore what can be done to ensure the facility remains the “premier entertainment center” in Wyoming for years to come.

Kaufman added that with the the importance of youth sports, the study might also point toward opportunities that could enhance the ability of the Ford Wyoming Center to support competitions. She said that the Ford Wyoming Center could potentially be expanded into a campus of facilities and that such an expansion might make it more feasible to host tournaments in Casper.

While the existing facility can host up to four courts during sports tournaments, Kaufman said that “four courts isn’t enough for me to sell a regional tournament.”

Council member Kyle Gamroth asked whether the study might help identify ways to help reduce the amount of money it costs the city to subsidize operations of the facility.

Kaufman said that reducing the subsidy is something that could be done through having more event days available, something which an expanded campus could support. Having the ability to host multiple concurrent events reduces the risk of relying on one event to generate revenues.

Murphy pointed to requests to have parties hosted at the Ford Wyoming Center during College National Finals Rodeo as an example. While there have been requests to host parties, the facility is unable to meet those requests due to all the space being used for CNFR activities.

Council member Bruce Knell said that he supports the idea of the study since he sees the Ford Wyoming Center as the “biggest money generator” in the area. He also encouraged people to consider attending New Year’s celebrations at the facility that will also mark the kickoff of 40th anniversary celebrations of the facility.

The city council tentatively agreed to provide up to $30,000 toward the study that Kaufman proposed. City Manager Carter Napier said that he is likely to recommend use of federal CARES Act dollars to support the study. Kaufman added that the availability of various federal funding sources is the reason she was requesting the city’s support at this time rather than during ordinary budget-setting discussions.