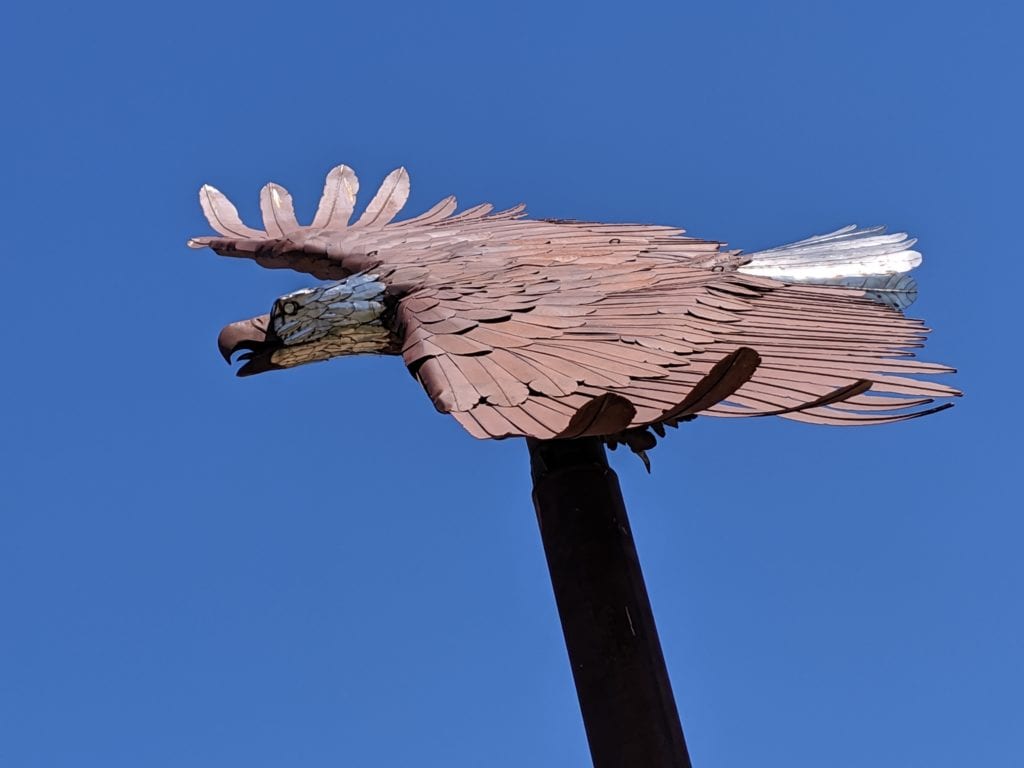 CASPER, Wyo. — The City of Mills said in a press release on Tuesday that it has barricaded the area surrounding the eagle statue in Eagle Park to help ensure public safety amid strong winds.

Mills said that amid “extreme sustained winds,” there is concern about the integrity of the eagle statue.

“It is currently under as much inspection by experts as safely possible, but at this time it is not safe to provide a lift for closer inspection,” the City of Mills said in the press release. “The park area containing the Eagle is barricaded until it
is safer to conduct closer inspections.”

“Professional welders have been standing by for several weeks; however, they have not been able to get up to the Eagle for its routine inspection. We ask that the public stay clear of the area barricaded and keep a safe distance from the Eagle Park.”