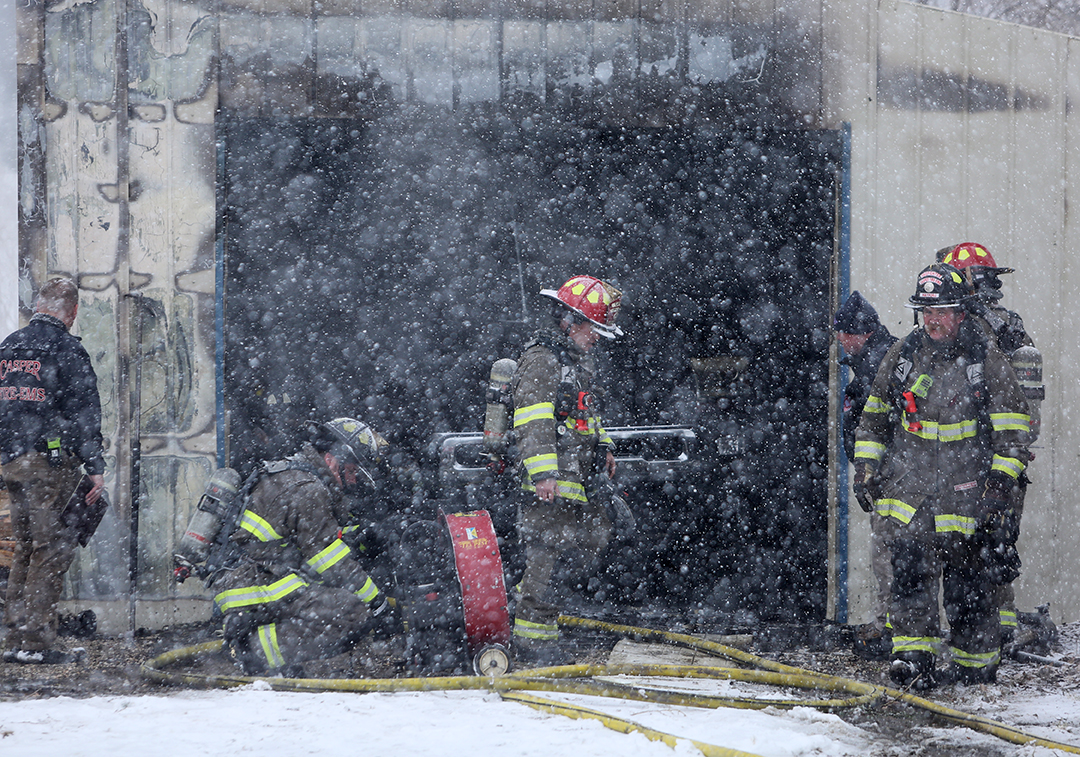 Firefighters examine a garage after a fire in north Casper on Wednesday. (Dan Cepeda, Oil City)

CASPER, Wyo. – A detached garage was destroyed by a fire on Wednesday morning in North Casper.

The fire at the 400 block of East M Street appeared to have started from a wood burning stove, according to Casper Fire-EMS PIO Dane Anderson.

No injuries were reported.

Anderson says the building appeared to be a “working garage” filled with welding equipment and a work vehicle.

“There is significant damage to all of the contents within the garage,” said Anderson.

“It doesn’t appear that the owner of the shop was conducting any work at the time,” he said.

Numerous agencies responded to the call, which came in around 11:40 a.m., and remained at the scene to clear out smoke and conduct a full investigation.

EDITOR’S NOTE: An earlier version of this story had the incorrect address block of the fire. This error has been fixed.