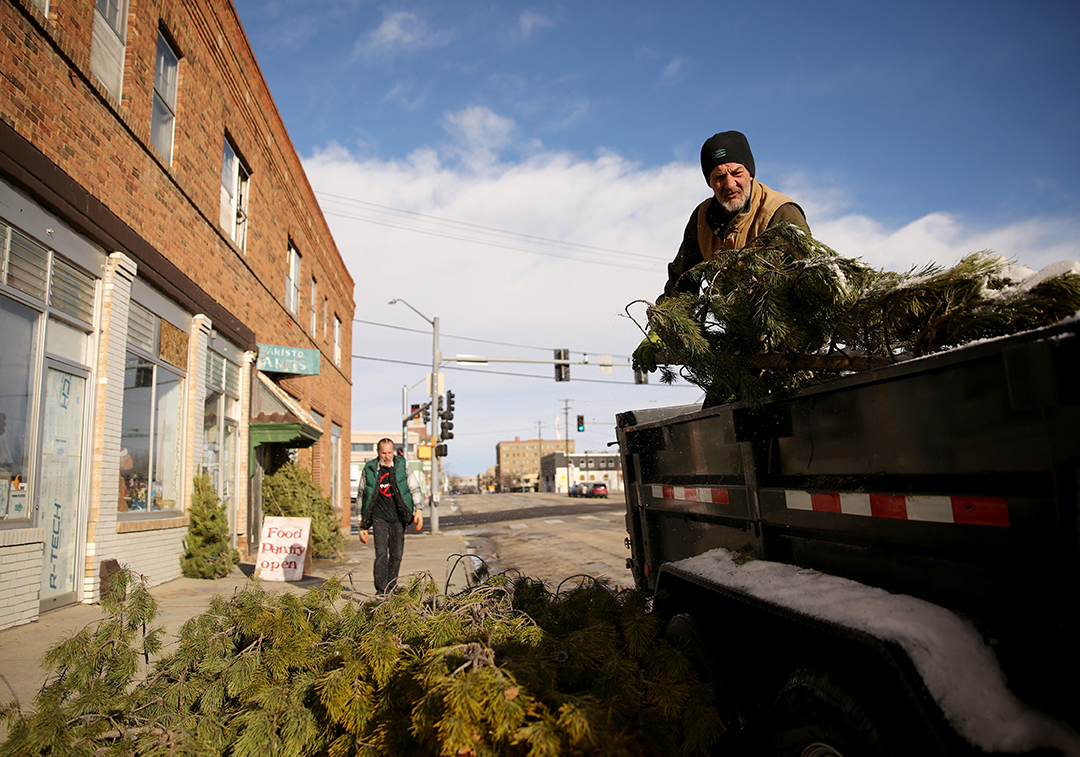 CASPER, Wyo. — For decades, Bryan Bowen was known to many in the Casper community as the Christmas tree lot Santa.

What many may not have known about Bowen was what he did while not wearing a Santa suit.

“He was a volunteer here for at least 12 years,” said Poverty Resistance Food Pantry founder Mary Ann Budenske on Thursday. “When we were getting those huge boxes of food during the pandemic, he would load boxes and help distribute them to low-income families.”

Bowen, who died in November, also used the tree lot he ran on CY Avenue for years as another way to help. Each year around this time he’d start giving unsold trees to food banks such as Poverty Resistance to make sure everyone can celebrate Christmas.

He is still helping, at least in spirit. His family took over the tree lot this year in his memory, and they too are donating trees.

“His son Keith has carried on that tradition,” said Budenske.

In addition to the CY tree lot, Home Depot is donating some trees to give away as well.

On Thursday as Budenske was waiting for the Home Depot trees, another good Samaritan drove his trailer filled with freshly-cut trees from Casper Mountain up to Poverty Resistance’s front door.

The trees are being cut as part of a fire mitigation plan on Casper Mountain, according to David Zitterkopf.

Zitterkopf dropped off trees at Helping Hands on Wednesday, he said, and had about 60 more to drop off at Poverty Resistance on Thursday morning.

“Otherwise I’d just burn them in a fire pile,” he said, “so instead of just wasting them, some people can get some cheer out of them.”

Though they now have a decent supply of trees to gift, Budenske says the food bank is low on Christmas decorations.

“If anybody thinks they have extra Christmas decorations, they can just drop them off here,” she said.

Overlooking the makeshift tree lot at Poverty Resistance is a large wooden cutout of Santa in the building’s window, with a small sign placed near his boots:

“Bryan Bowen, we all miss you. Rest in Peace.”