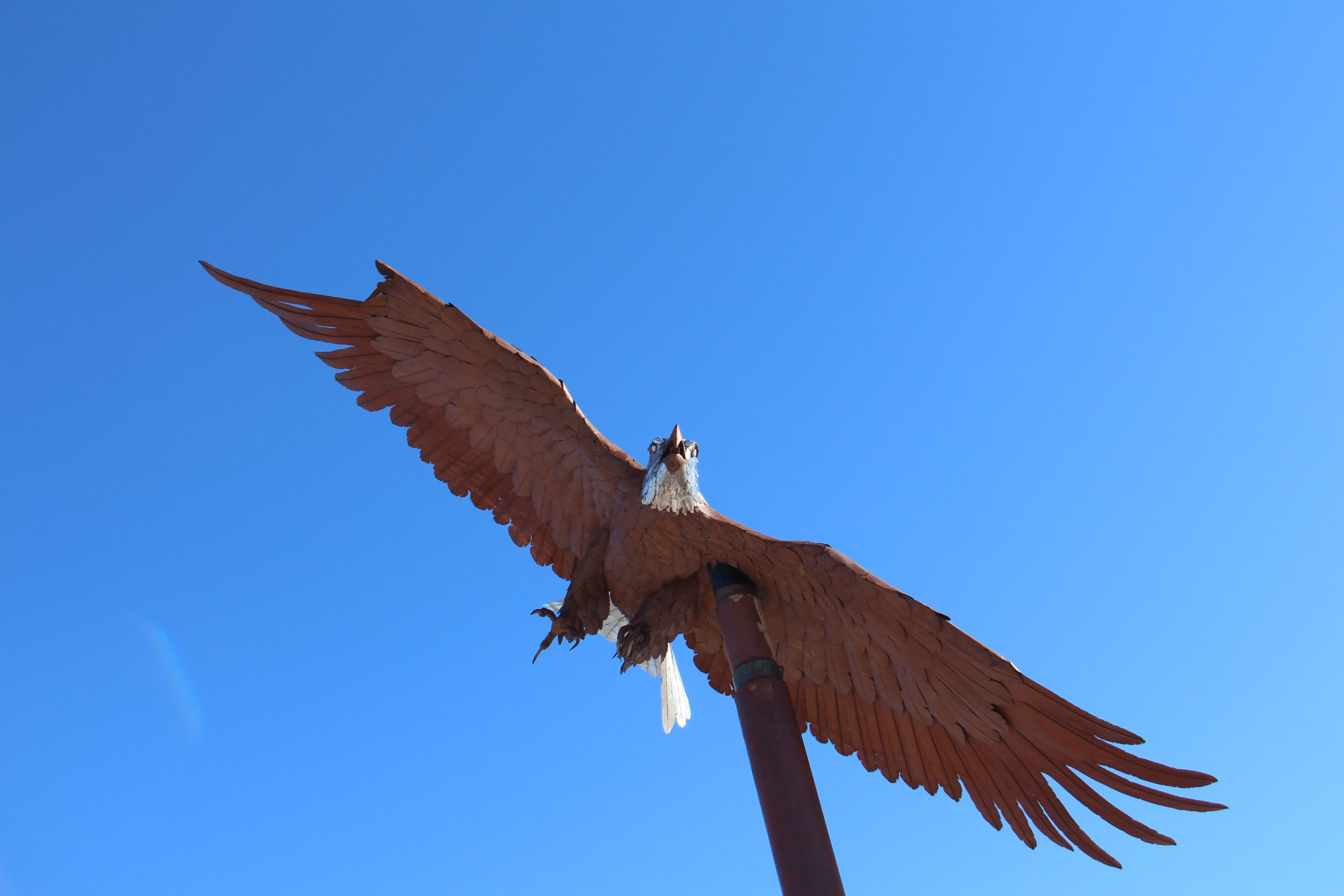 CASPER, Wyo. — The Wyoming weather has been rough on the City of Mills’s iconic eagle sculpture this year.

On Tuesday, the City put up barricades around the statue for public safety after its feathers were observed “flapping like sails” during sustained high wind events over the weekend, according to Community Development Director Sabrina Kemper.

When the weather allows for the city crews to perform an inspection, they are also hoping to repair damage that the statue sustained earlier in the year.

Alert citizens may have noticed that the eagle has been missing three feathers from its right wing. According to Mills mayor Seth Coleman, those were lost in the storm last March that dumped 26 inches of snow over two days — the third biggest snowstorm on record for the Casper area.

Coleman said the soft ground from the wet spring and summer irrigation has prevented the city from deploying the heavy lift that will take crews up to tend to the eagle. On Tuesday, December 14, he said welding crews were standing by, ready to deploy on short notice as soon as there was a break from both snow and wind.

Mills Fire Chief Bob Lanz said winds should be at least 15 mph or less before attempting to use the lift.