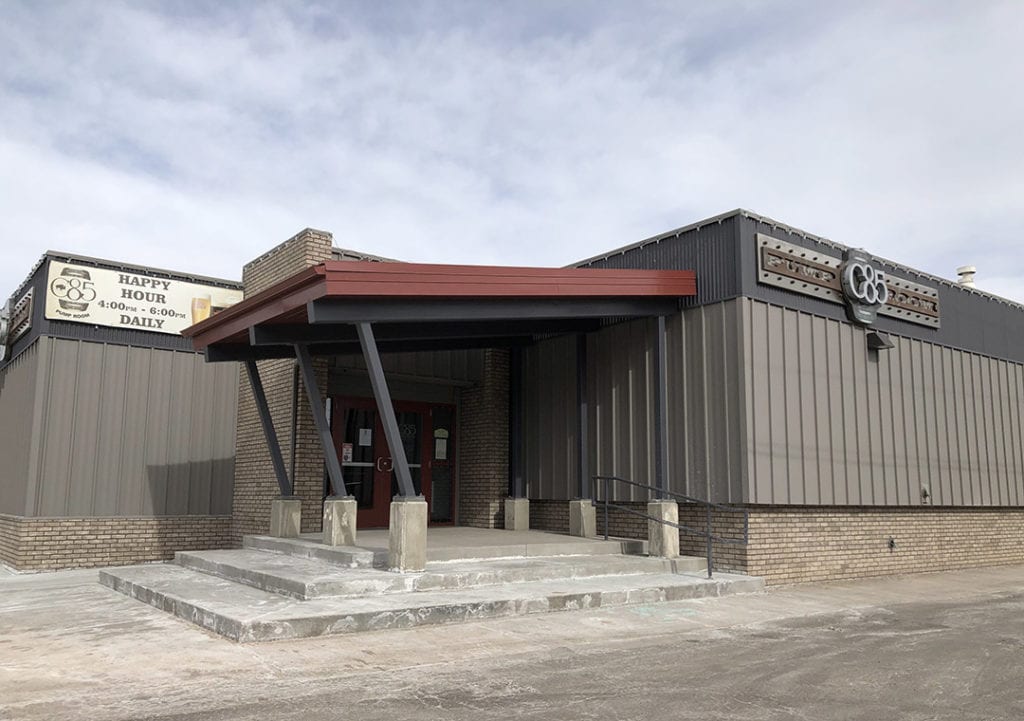 CASPER, Wyo. — 307 Horse Racing is seeking control of the Casper retail liquor license currently held by C85 @ The Pump Room, according to City of Casper staff.

307 Horse Racing is planning to continue operating a restaurant and package liquor store and eventually add 70-100 electronic gaming machines into the space at 739 N. Center St., the location where C85 @ The Pump Room’s retail liquor license is held.

The Casper City Council on Tuesday will be asked to establish Tuesday, January 4 as the public hearing date for consideration of the transfer of ownership of the retail liquor license to 307 Horse Racing, according to a memo from city staff.

“If approved, this license will be active immediately. This establishment has a restaurant and
package liquor store, which will remain. The owners plan to add 70-100 gaming machines in the
future.”

307 Horse Racing’s plans to operate betting on historic and simulcast horse racing events at the 739 N. Center St. location awaits authorization from the Natrona County Commission. The commission is expected to decide Tuesday whether to allow the gaming aspect of the business to operate.

At a previous work session with 307 Racing’s parent company, Wyoming Financial Group (WERCS), Natrona County Commissioner Brook Kaufman raised the issue of off-track betting machines that had appeared in some locations in the county in the previous months without any approval from the county.

In March, the commission rescinded a “blanket” approval for Wyoming Downs to operate pari-mutuel operations in the county in favor of approving operations on a location-by-location basis.

County Attorney Eric Nelson said on December 7 he was unable to find any mention of their authorization in the last several months of meetings of the Wyoming Gaming Commission.

“We have this perception that [these machines] are popping up all over town, and we just don’t have any record,” Nelson said. “They’re not coming to us.”

Commission Chair Paul Bertoglio told Oil City on December 7 that “there was no real concern with 307’s application,” adding that the commission was pleased with the prospect of giving the only Wyoming-owned horse racing company a place in the market. Like Kaufman, he stated that the commission wanted more clarity on what the commission’s true authority, in conjunction with the Gaming Commission, is in authorizing new betting locations.

If the Casper City Council approves the transfer of ownership of the license currently held by C85 @ The Pump Room, 307 Horse Racing will control two retail liquor licenses in Casper. The company gained control of Retail Liquor License No. 5 in November.

That liquor license is currently tied to the Commissary Mall location in downtown Casper with 307 Horse Racing tentatively planning to renovate the Commissary Mall to operate a new liquor store, bar and off-track horse race gaming machine room in the historic building.

However, 307 Horse Racing Chief Financial Officer Kyle Ridgeway told the city council in November that the company might seek approval to transfer that retail liquor license to another location in Casper.

Since Retail Liquor License No. 5 hasn’t seen much use since it was acquired by Travis Taylor in 2016, Council member Bruce Knell asked Ridgeway in November whether it would be possible to put a timeline on when 307 Horse Racing is expected to put the license to use.

“I’ve got to be able to put them somewhere,” Ridgeway said, indicating to the council that 307 Horse Racing doesn’t plan to sit on the liquor license indefinitely.

The City of Casper can have a maximum of 37 full retail liquor licenses under state statute.