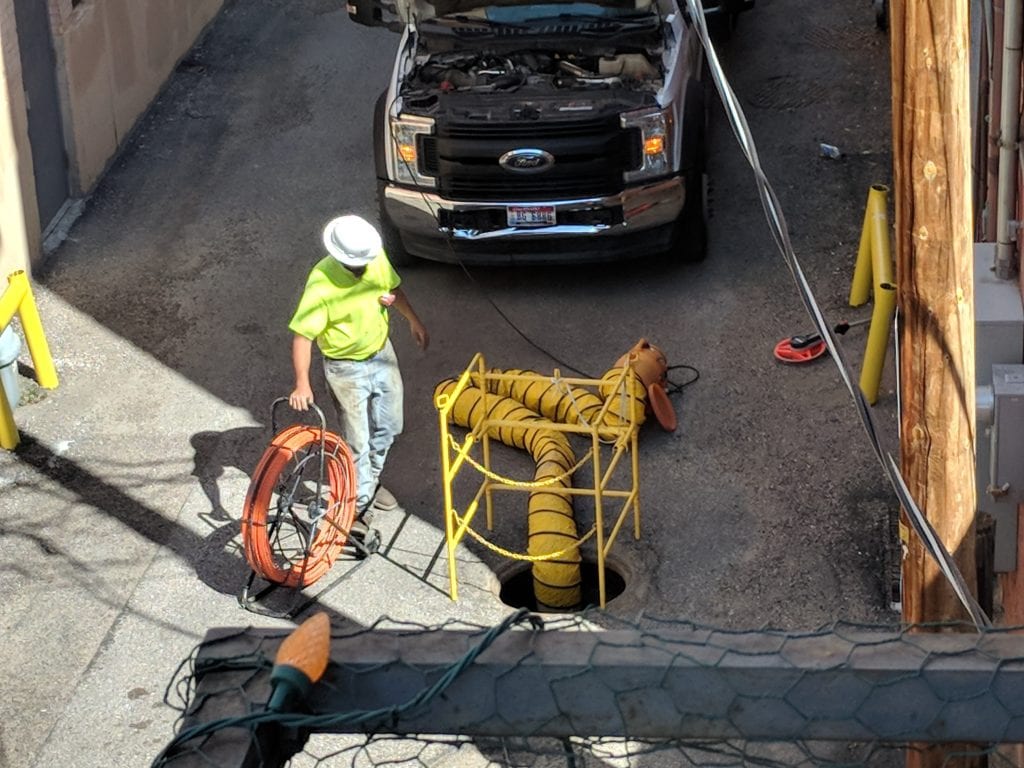 CASPER, Wyo. — Partly in response to soaring costs of materials, the City of Casper is likely to raise sewer and water rates to begin the new year.

The Casper City Council will consider authorizing sewer and water rate increases during its Tuesday, December 21 meeting after discussing utility rates during a work session last week. If approved, the city would raise sewer rates by 11% and water rates by 7% effective Jan. 1, 2022.

If the city council approves the rate hikes, the retail sewer and water service rate schedules would be as follows:

City Manager Carter Napier explained to the city council during the December 14 work session that the city typically assesses utility rates on a biennial basis.

Napier told the council that the proposed rate increases for sewer and water were driven in part in response to rising costs of materials amid general economic inflation that the country is experiencing. The U.S. Bureau of Labor Services reported last week that the Consumer Price Index experienced a 6.8% increase from November 2020 to November 2021, “the largest 12-month increase since the period ending June 1982.”

Napier said that materials important to sewer and water utility services, such as PVC pipe, have been seeing dramatic price increases that he said are “alarming for me.” Argus Media reported in November that PVC prices across the globe were at or near record highs.

In addition to materials like PVC, Napier said that the City of Casper is concerned about costs of chemicals needed for sewer and water services.

Napier added that the “inflationary situation we are facing right now” is the most significant he has seen in the roughly 20 years he has spent dealing with rate management.

“It is hard to escape or ignore what happens when you don’t deal with those pressures,” Napier told the council before walking members through modeling of the city’s utility funds under different rate and inflation scenarios.

Council member Bruce Knell said he wanted citizens to understand that the city feels pressures from inflation in a similar way to the average citizen. He added that he doesn’t see the city as creating inflation and argued that the rate increases being proposed are necessary if the city is to continue providing basic utility services.

“If we don’t do this, [we] don’t have ability to provide water, sewer,” Knell said.

Napier said that the rising cost of PVC had pushed prices from around $8 per foot to around $20 per foot: “That is enormous.”

He added that increasing costs of natural gas and steel are other examples of impacts the city is dealing with.

Since optional “one cent” sales tax funding helps subsidize some utility rates in Casper, Council member Kyle Gamroth asked what could happen if voters voted against renewing the “once cent” in 2022.

Napier said that if voters were to reject the “one cent” and the city did not subsequently adjust utility rates to compensate, the city would find itself in a situation where it would need to use reserves to continue operating some services like sewer.

The proposed utility rates aim to help Casper account for inflation and cover operational and maintenance costs, including personnel, materials, supplies and contractual services. The city’s proposed rates anticipate that the Central Wyoming Regional Water System will hike its rates as well.

In addition, the proposed rates assume a “0.5% rate of growth in Natrona County based on the recent water and wastewater facility plans,” according to a memo from city staff. Also included in the city’s calculations is the assumption that Casper will see a $12 million grant or loan to help with the 10 Million Gallon Reservoir rehabilitation or replacement project.

The proposed rates attempt to account for capital needs for new and replacement projects on the horizon in Casper.

Napier said that while inflation is a factor that impacts both sewer and water operations, Casper invests more One Cent funding into water. That is one reason why proposed sewer rate hikes are steeper than water rate hikes.

City staff initially proposed 6% increases to water rates, but Knell suggested those rates be increased by 7% for each of the next two years in order to decrease the likelihood Casper would need to dip into reserves.

Gamoth said he agreed with that proposal in order to “be more conservative.” Gamroth said that with voters’ recent rejection of the “sixth cent” special purpose sales and use tax in Natrona, he doesn’t want to assume that voters will renew the “one cent” in 2022.

“It worries me that we are leaning so heavily on one cent funding to subsidize these [utility] rates,” Gamroth said, noting that his concern stems from thinking that many in the community may not understand that one cent helps keep utility rates lower.

Vice Mayor Ray Pacheco said that he understands Gamroth’s concerns but that he feels confident voters will renew the one cent next year as voters have supported renewal of the one cent in Natrona County every four years since its inception.

Council member Steve Cathey said that he was comfortable with either a 6% or 7% water rate hike and said it pleased him to see the council work to address utility funding issues without kicking the can down the road.

Gamroth said during the council work session that he thought people should keep in mind that Casper’s utility rates tend to be lower than in some other communities around the region. City staff provided the following chart showing rates in other communities in a memo on the topic: