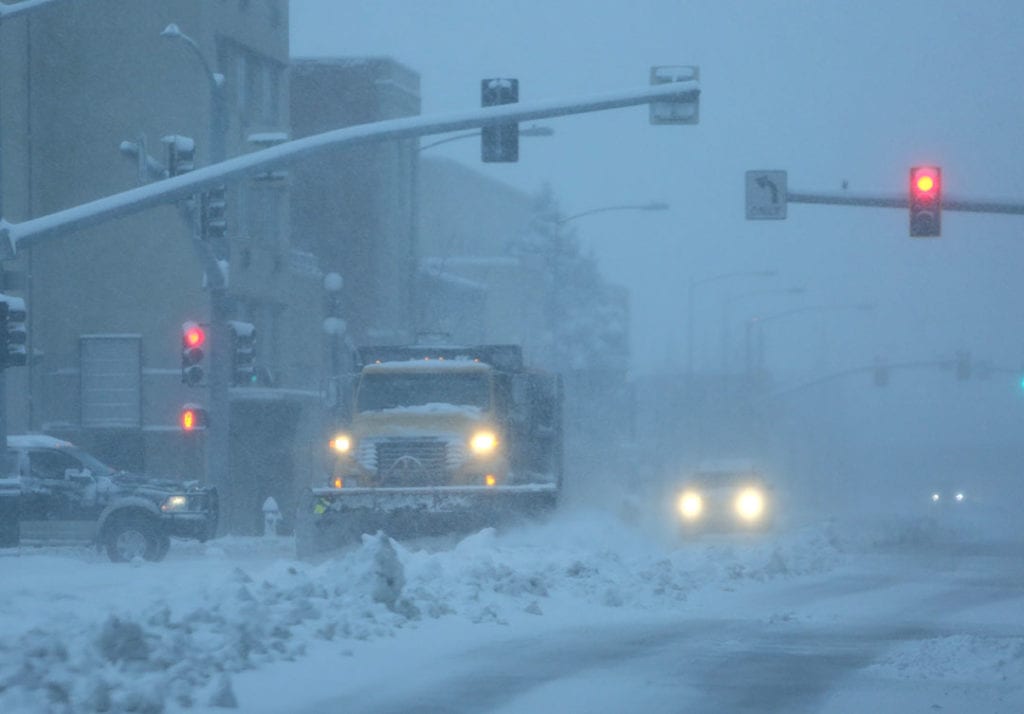 CASPER, Wyo. — The City of Casper said on Wednesday that drivers should use caution with snow and cold temperatures impacting travel in the area.

The city is urging drivers to plan routes that avoid steep hills if possible. Streets Manager Shad Rodgers pointed specifically to the 15th Street hill at the McKinley Street intersection as an example.

“15th at McKinley is a short, steep hill, and whether traveling down or up the hill, motorists can get into trouble quickly in slick conditions,” Rodgers said. “The intersection is one of Casper’s most accident-prone during winter storms.”

Rodgers also said that the ice melt the city uses is not as effective in subzero and single-digit temperatures.

“[W]hile it creates traction, it will not melt ice and snow down to the bare roadway,” Rodgers said.

The city only spreads ice melt on intersections and hills during single-digit and subzero temperatures due to its limited effectiveness at cold temperatures, according to Rodgers.

“More information on snowplowing operations and snow routes can be found at www.casperwy.gov,” the city said.