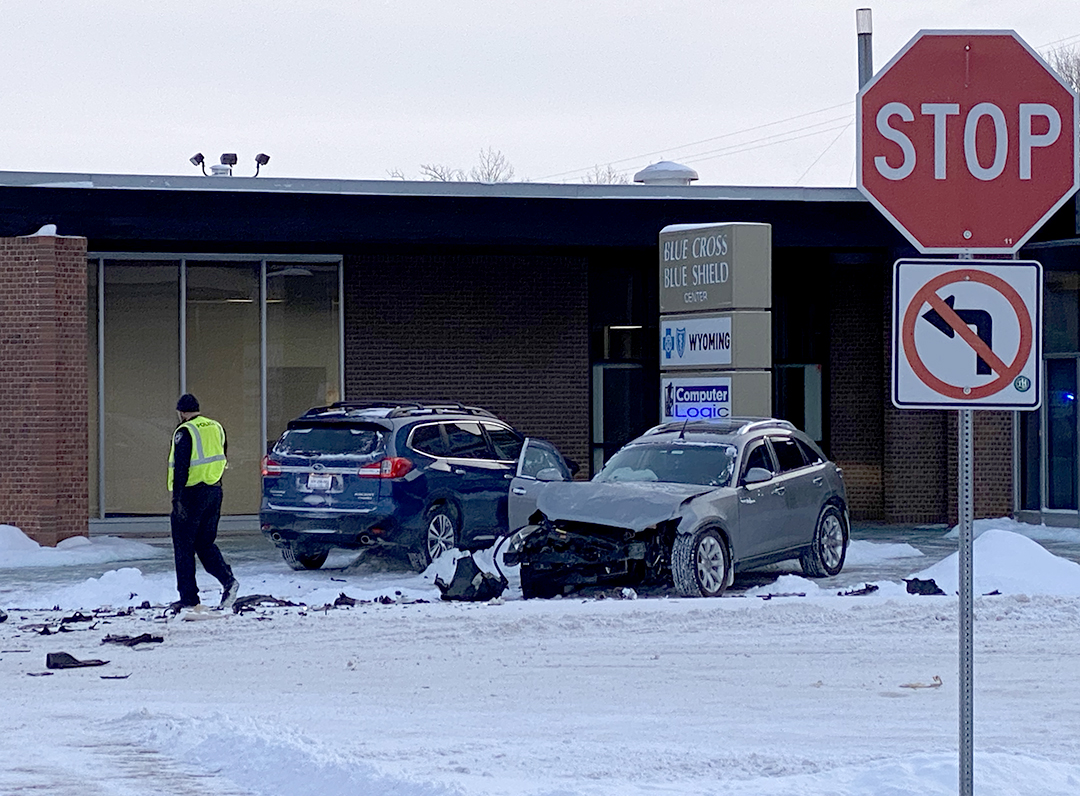 Police investigate a two-vehicle crash at the intersection of Midwest and Wolcott on Thursday morning in Casper. Casper Police say they responded to a number of calls on Thursday after a winter storm moved through the area on Wednesday. (Dan Cepeda, Oil City News)

CASPER, Wyo. — The Casper Police Department is responding to crashes on Thursday morning after a winter storm brought snow through much of Wyoming on Wednesday.

“Road conditions are cold and slick today,” said CPD spokesperson Rebekah Ladd. “Drivers should plan on doubling the time they normally plan for driving to ensure they can drive slowly and safely.”

Gusty winds are expected later this afternoon, according to the National Weather Service in Riverton. Other areas of the state could expect extreme wind gusts up to 60 mph, making for dangerous windchills and low visibility.

Miles of interstate and highways are closed on Thursday morning.