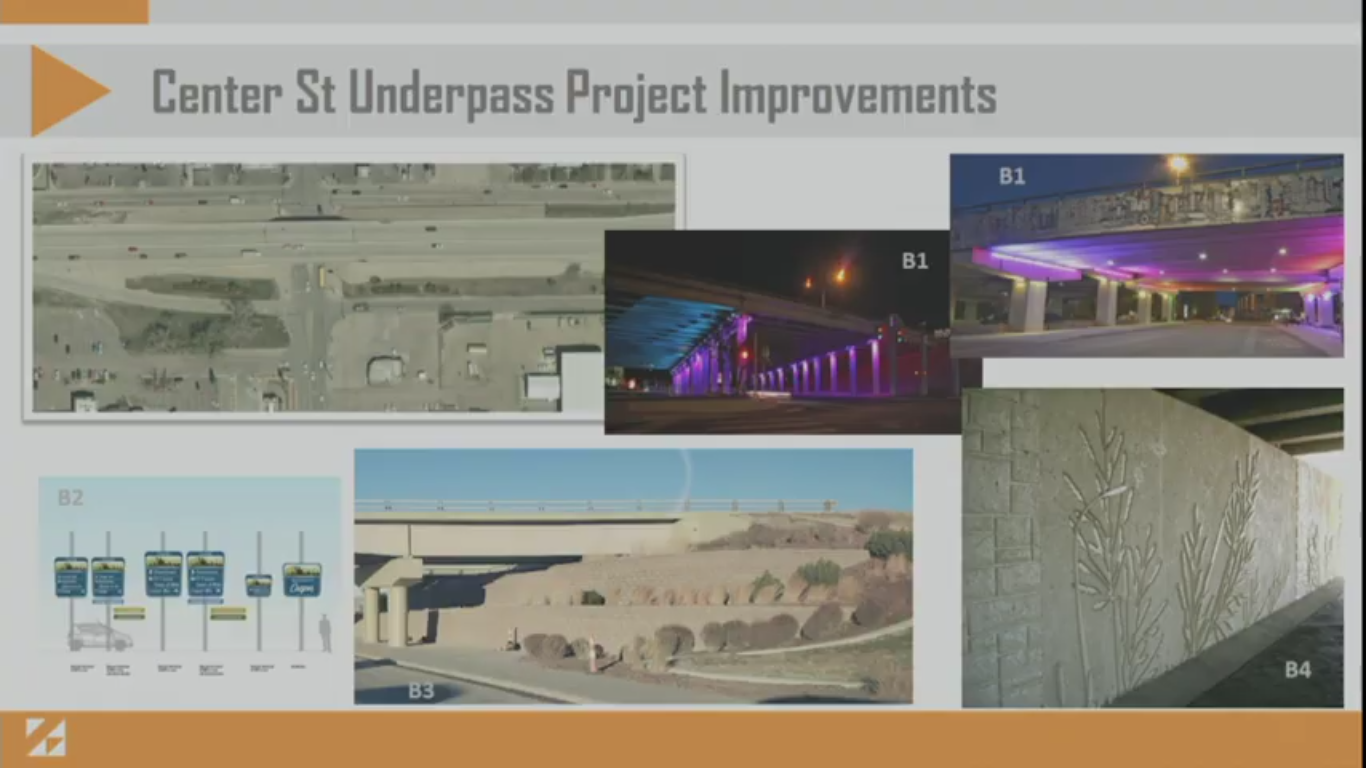 CASPER, Wyo. — With the Wyoming Department of Transportation (WYDOT) planning a lot of work along the Interstate 25 corridor in Casper in coming years, the City of Casper has some opportunities to help guide some enhancement along and adjacent to that work.

City Manager Carter Napier told the Casper City Council on Tuesday that it has the opportunity to help drive the direction of what enhancement elements are selected. The council will help direct how a total of $1,262,500 in funding is utilized to create enhancements in areas along and adjacent to the I-25 corridor between Poplar Street and East Yellowstone Highway.

$800,000 of that funding is expected to come from WYDOT-administered “Federal Surface Transportation On – System Enhancement” funds. Napier explained that this funding will allow Casper to help guide enhancements that are in addition to the primary I-25 work that WYDOT is planning for the corridor through Casper.

Knowing that WYDOT has been planning the work along the corridor, city staff recommended — and the city council has already budgeted — an additional $462,500 for enhancements along Center Street from the interstate and under the railroad leading into downtown Casper.

WYDOT’s work along the I-25 corridor is broken into two phases. The Poplar Street to McKinley Street phase is tentatively scheduled to begin in 2023 and the McKinley to East Yellowstone Highway work is scheduled for 2025.

Civil Engineering Professionals (CEPI) is the firm that has been contracted to conduct landscape architecture design for both phases of the I-25 project along with the Center Street improvements. CEPI Landscape Architect Jared Fehringer presented the city council with some options it can consider for use of the available enhancement funding on Tuesday.

Ferhinger presented the council with a slideshow including pictures of current conditions of locations along the corridor along with possible enhancement elements for its consideration. Not all of the presented elements could be funded with the available dollars, so council was asked to provide feedback as to what elements it would like to prioritize.

Ferhinger described lighting enhancement options at underpasses, opportunities to add terraced walls in place of sloped concrete and options to add wayfinding signage or a potential “Welcome to Casper” sign in Interstate Park near Center Street (or in other areas).

He also described options to add elements such as concrete form liners to decorate walls under underpasses or the possibility to add patterns, textures or colored concrete.

Ferhinger said that the council could recommend similar design elements at different underpasses to give the I-25 corridor a consistent identity or it could choose different elements at each intersection. In short, he told the council that there are “a lot of ways to spend the money” but that it is impossible to do them all with the funding that has been allocated.

Council member Kyle Gamroth initially suggested that the council think first about what kind of structural changes it would like to see rather than elements that could be more easily added at a later point in the future.

Council member Amber Pollock said that she thought it might make sense to forego elements like concrete liner for walls under bridges and instead seek out partnerships with organizations like the Casper Mural Project to add artistic elements separately.

Council member Bruce Knell asked Casper Public Services Director Andrew Beamer what he would recommend as priority use of the available dollars. Beamer said that he personally likes elements such as adding pedestrian lighting (over the F Street bridge, for example), terraced walls and RBG lighting.

Vice Mayor Steve Freel said he is also in favor of adding lighting, describing the I-25 corridor as “a black hole out there.” Gamroth, who had initially said he thought lighting could wait for the future, said that he thought lighting would be appropriate in some areas such as the F Street bridge and along Center Street.

“I do think there are a couple areas where people probably feel afraid to walk because there is no lighting,” Gamroth said.

In terms of wayfinding signage, Knell expressed opposition to spending money on those elements. He said he finds the proposed wayfinding signage ugly and furthermore thinks signage is unnecessary since most people have access to online maps. Freel, on the other hand, said he thinks some wayfinding signage might be worthwhile as there are locations in the community that signage would help direct people to that he said are unlikely to pop up for them on maps while driving around the community.

Freel asked whether it would be possible for the council to learn more about WYDOT’s own plans for the corridor before giving directions on how to use the enhancement funding.

“Let’s take our time and make sure we do it right and spend the money right,” he said.

Pollock and Mayor Ray Pacheco agreed, asking that the council have some more time to digest the proposed design elements and discuss ideas more at a future work session.

“That’s absolutely something we can do,” Napier said, adding that staff would look to provide more information as Freel had requested.

Screenshots from Ferhinger’s slideshow showing some of the possible enhancement options in the project area are as follows: