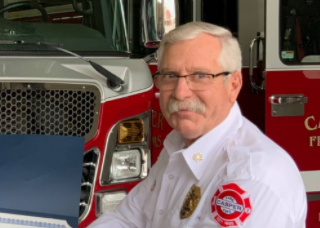 Solberg’s retirement will be effective May 1 and the Casper Fire-EMS Department will begin a replacement search in coming weeks.

Solberg became Casper’s fire chief on April 30, 2018. He came to Casper after rising through the ranks in the Lee’s Summit, Missouri Fire Department. He spent time as chief at that fire department as well as time as chief in Peoria, Arizona and Pleasant Hill, Iowa. Solberg also previously served as director of fire service training school at Montana State University.

“Chief Solberg joined Casper’s management team during a time of transition for the City organization,” City Manager Carter Napier said. “Under his leadership over the last four years, several initiatives were accomplished in the fire department including the relocation and construction of Fire Station Five; upgrades to Casper’s advanced life support equipment; the purchase of three new fire engines; the replacement of Casper’s self-contained breathing apparatus; site improvements to Casper’s training facility; and the implementation of career development programs.”

“We wish him luck in his retirement and all of his future endeavors.”