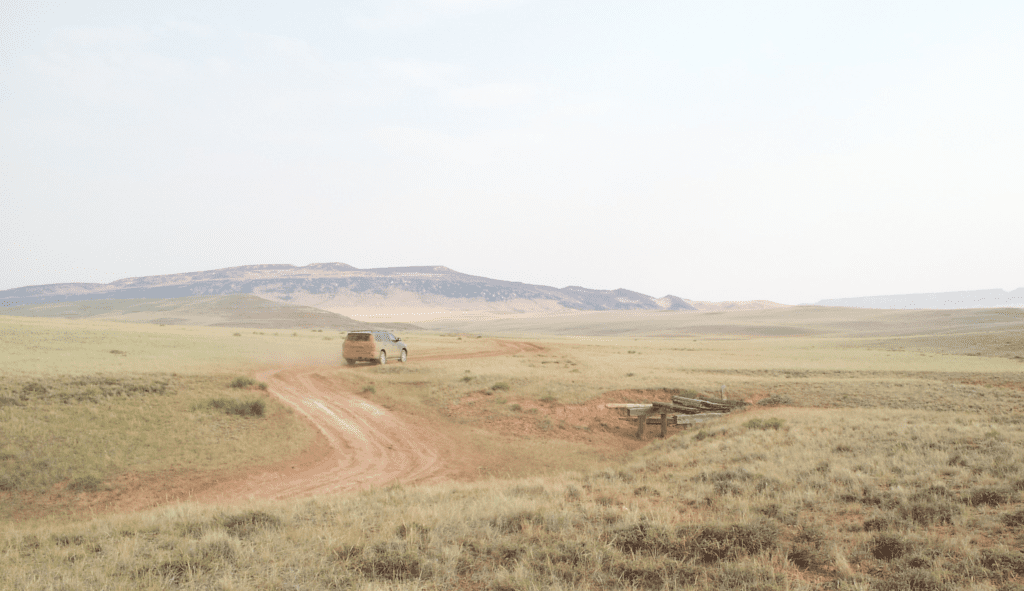 Natrona County Road 105, the rough road to the BLM access to the Hole in the Wall Trail (Caveman1949, Creative Commons)

CASPER, Wyo. — After nearly a decade, Natrona County has secured a source of gravel to eventually shore up persistent erosion issues on a scenic byway west of Casper.

The South Big Horn/Red Wall Back Country Byway follows old livestock trails and offers views of the Red Wall Chugwater formation at the base of the Big Horn Mountain.

The road itself “dissolves like sugar in the rain” and presents “more problems … with washed out culverts than anywhere else in the county,” according to former Commissioner Forrest Chadwick.

Because the area sits on federal Bureau of Land Management land and includes sites protected for their cultural significance and sage grouse habitat, Natrona County was unable to secure permits to mine gravel from the area to repair the road.

At its regular meeting Tuesday, January 18, the commission approved an agreement with Western Timber Company, which mines gravel from a Big Horn mountaintop.

The agreement grants the county permission to access and haul away up to 25,000 tons of gravel through July 1, 2023.  The county will pay $10 per ton. The county will also pay $5 per gross ton to crush and stockpile new gravel, and another $5 per ton to haul it away.

Hendry said graveling operations must begin at the mountaintop site itself and proceed down the steep grade of Big Horn Mountain Road before the graveling of Buffalo Creek and Thirty-three Mile Road can begin.

Hendry expects that the 25,000 tons of gravel will likely end up covering at least some portion of the scenic byway, and that a new agreement with Western Timber will likely follow to cover the rest.