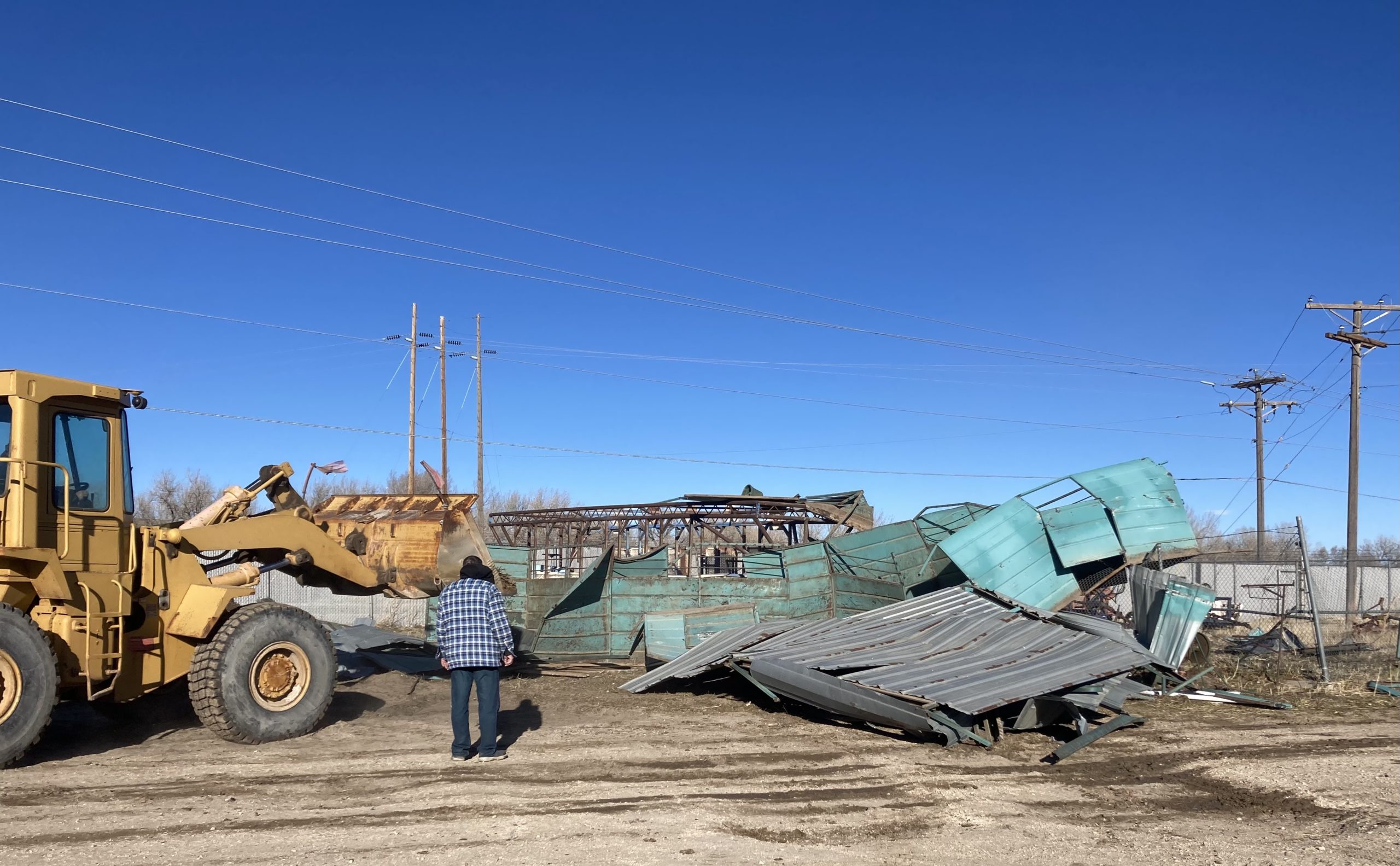 CASPER, Wyo. — The Natrona County Commission has given the thumbs-up to replace a steel horse barn that was lifted up from its foundation and blown into a dirt berm by high winds last December.

The barn was insured through the Wyoming Association of Risk Management, but the commission agreed with Fair Board Director Tom Jones at a work session Tuesday that that the replacement should be an upgrade. Jones said space for horses was already limited, especially during events like the College National Finals Rodeo.

The commission agreed to make up the difference (minus whatever value the destroyed barn could fetch in salvage) out of optional one-cent funds.

In Jones’s description of the “freak” incident, he said the structure was “picked straight up” over 30 feet before pitching over two horse trailers and against a berm by the storage yard fence — “and it was hurricane-strapped down.”

The water hydrants within three feet of both sides of the barn were unaffected, Jones said.

“If it had gone another 20 feet, it would have taken out Rocky Mountain Power’s main line over that fence,” Jones said.

The new stall would be able to withstand 115 mph winds, Jones said.

Natrona County Attorney Eric Nelson stated that multiple bids had been solicited for the project, due to statutory requirements to seek in-state labor and materials.

“They are just not available,” Nelson said, “and to fabricate them locally would be just astronomically expensive.”