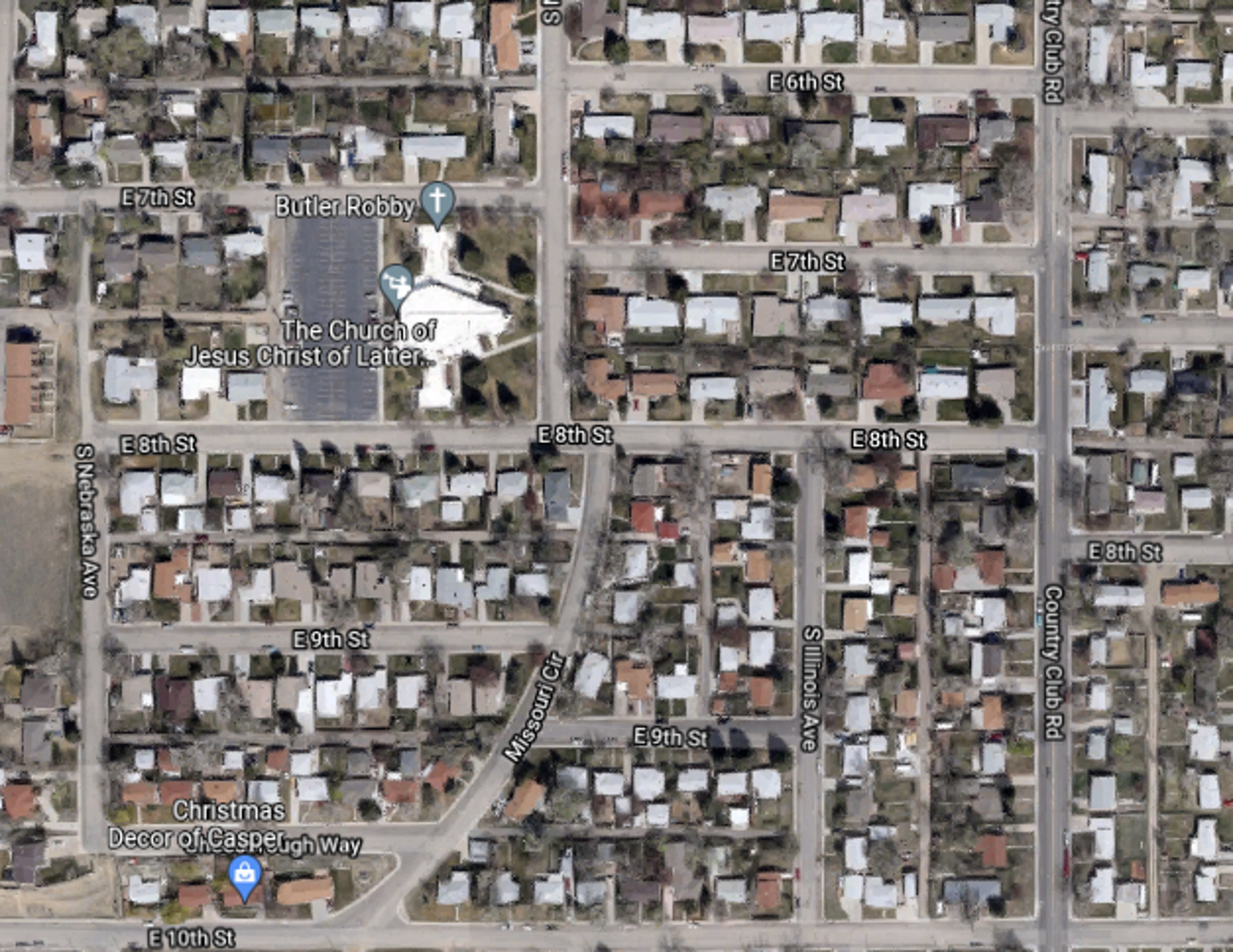 The Derington Addition watermain replacement project will occur in this general area of Casper. (Screenshot via GoogleMaps)

CASPER, Wyo. — The Casper City Council on Tuesday approved a resolution authorizing an agreement between the city and Casper-based 71 Construction, Inc. for the Derington Addition watermain replacement project.

71 Construction was awarded the contract after submitting the lowest of four bids to conduct the work for the city. The four bids received by the city were as follows, according to a memo from city staff:

While 71 Construction’s initial bid was for roughly $1.79 million, city staff worked with the company to remove some asphalt quantities from the scope of the work in order to bring the project within budget, according to the memo. That reduced the contract price to $1,682,029.01.

The city council approved that contract amount alongside an $84,000 construction contingency account, bringing the total amount of funding approved for the project to $1,766,029.01. Funding for the project will come from the city’s water, street and sewer funds.

The work is expected to be complete by November 2022.