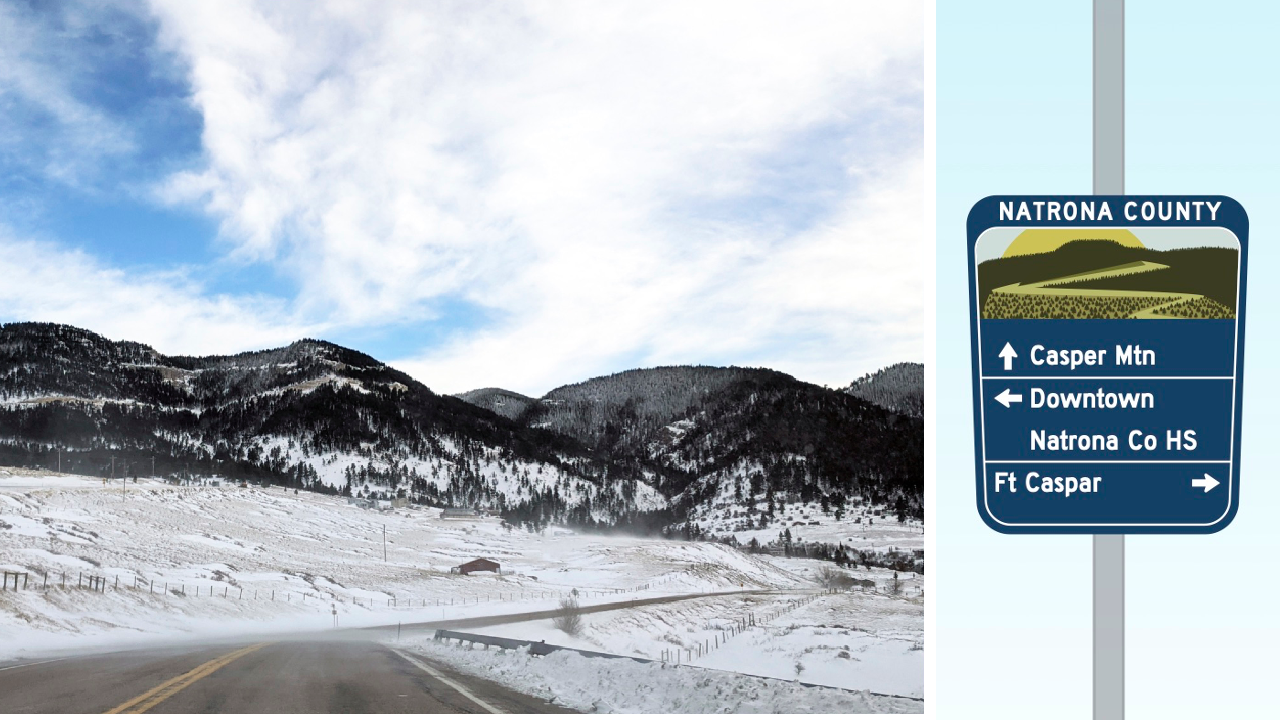 CASPER, Wyo. — Private property rights and graphic design are factors Natrona County is considering as decision time approaches regarding whether or not to include a slew of nonprofit camps on the county’s wayfinding signage plan.

The county commission heard an update at a work session Tuesday from the Parks department and members of an eight-person steering committee, which has been working with RDG Planning & Design on the project.

RDG has been working with the city of Casper, Natrona County and its other municipalities to develop a cohesive design for countywide signage directing visitors to destination assets. The county has said that current signage is cluttered, incomplete, and ineffective at communicating pertinent information to those reading them from moving vehicles.

At issue Tuesday was whether or not nonprofit camps, some of which bring thousands of guests each summer to tucked-away properties on Casper Mountain, should be included in the plan. Those camps include:

Steering committee member Bruce Lamberson told the commission that though the camps can be hard to find, all their guests would have been invited by the organizations themselves, and it should be incumbent on them to make sure they had good directions.

The steering committee was generally leery of placing signage that could direct any visitor down roads that dead-end in private property, with no public assets nearby.

“There’s a lot of looky-loos up there right now, tons of them, and they’re just going to poke around and check everything on the wayfinding signs,” Lamberson said.

“Those camps can all apply and go through a process to install signs,” he added.

All eight of the steering committee’s members were in agreement on the topic, Lamberson said.

Lamberson added that, in working with RDG, the steering committee is faced with extremely limited space on the signs, to the point where “Hogadon Ski Area” would have to be abbreviated if an arrow were to be included on the same line.

“We don’t have a lot of real estate, and a lot of these camps have lengthy names.”

“Has anyone asked the [nonprofit camps] if they want to be on there?” Chairman Paul Bertoglio asked.

“They all want to be on there,” assistant parks director Michael Brown said. “I contacted every single one of them.”

Lamberson said the binary decision of whether or not to include the camps needed to be made quickly, as the project could not move forward without it.

Brown said a decision would be expected by the end of the next meeting of the steering committee on Tuesday, January 25. The topic will also be on the agenda of a special Parks and Recreation Board meeting on Thursday, January 27.

Commissioner Brook Kaufman said she’d like to hear more from the camps themselves about their desire to be included on the signs.

“We get one shot at this. We’ve invested in RDG, we’ve invested in a line item in the budget. we don’t get to be here very often. I want this to be as collaborative a process as it can be.”

Chairman Paul Bertoglio said, “I think the purpose of wayfinding is to tell people how they can get to a destination that is used by the public — ‘public’ being anyone who goes up there looking for something.”

Commissioner Dave North said he saw both sides, and wasn’t swayed one way or another.

Commissioners Rob Hendry and Jim Milne were initially in favor of including the camps, but said they were swayed by the subcommittee’s rationale for leaving them off.