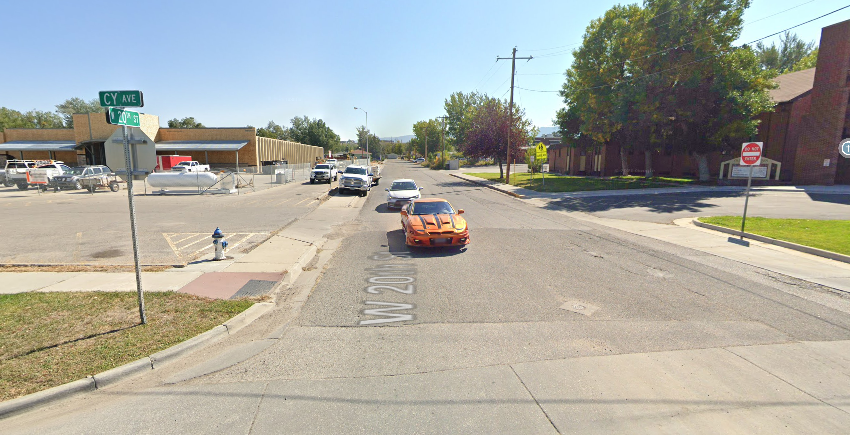 CASPER, Wyo. — The Casper City Council on Tuesday discussed a proposal to convert some streets to one-ways in the area off of CY Avenue near St. Anthony’s School and the new location for CY Discount Liquors & the Backdoor Lounge.

Council member Bruce Knell had initially brought the concept to the attention of the city council in December as a way to alleviate concerns from some parents of St. Anthony’s School students about the proximity of the bar and liquor store to the school.

City Engineer Alex Sveda told the council on Tuesday that staff had examined traffic counts and accident reports for West 20th Street, HY Avenue and South Boxelder Street, where the idea to convert to one-way streets was being proposed.

Sveda said that the area has generally low traffic counts with an average of around 243 vehicles per day, or around 60 per hour, traveling on the streets in consideration. He added that traffic accidents reports show three accidents in the area over the past five years.

Council member Steve Cathey asked whether the city received complaints about traffic flow from St. Anthony’s School when Safeway was located at the property in question. Sveda said he was not aware of any such complaints.

Mayor Ray Pacheco added that he worked at St. Anthony’s School when Safeway was there and that he didn’t hear any concerns expressed about traffic congestion.

Knell said he thought it was a good thing that the city researched the question of possibility converting to one-ways in order that concerned citizens would not feel ignored. He said the research conducted by city staff provides information that could be shown to concerned citizens as to why the conversion is not recommended.

The council did not indicate a desire to move forward with the conversion to one-ways after the conversation during Tuesday’s work session.

Further details regarding city staff’s recommendations are available in the council’s work packet.