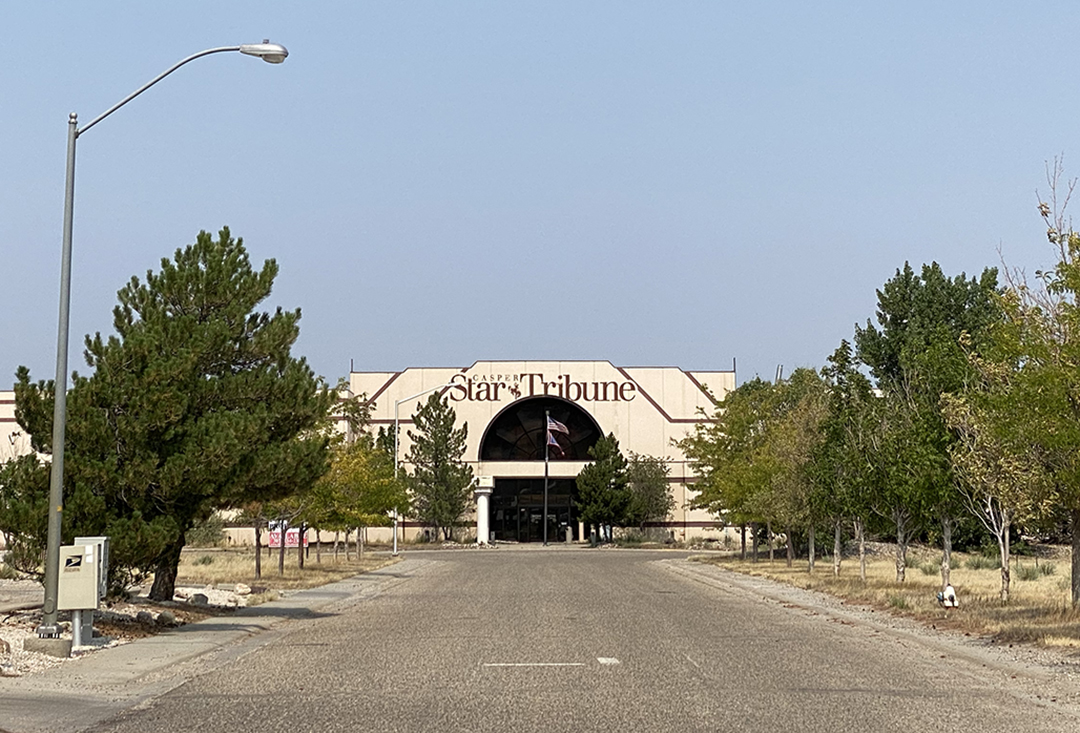 CASPER, Wyo. — The new owners of the Casper Star-Tribune building will present their plans for the property during an event later this month.

According to Cornerstone Real Estate’s Forrest Leff, the building was purchased by the Scottsdale Mint of Scottsdale, Arizona last July. The building’s owner plans to release details on the property’s future use during an invite-only event to be held on April 21 at the Three Crowns Golf Club restaurant.

“This is going to be a huge boost for the Casper community, and for the diversification of the economics as well,” said Leff, who represented the buyer with Cornerstone’s managing partner Chuck Hawley.

Scottsdale Mint is a manufacturer and distributer of “precious metal products,” according to its website. “Our company delivers precious metals directly to individuals worldwide through our website, and also supplies our metal to dealers worldwide,” it says.

Leff was not able to say specifically how the 47,036-square-foot building will be used, but he noted that the deal took about six months to complete.

“The biggest thing is they chose Casper, because they had other alternatives,” said Leff.

According to totalcommercial.com, the building at 170 Star Lane sold last July for $1.65 million after being listed for sale two years earlier. The Casper Star-Tribune had the building constructed in 1981 to house its newsroom, production, advertising and press operations. Over the past two decades, however, newsrooms worldwide have shrunk as readers have migrated to online platforms. The Star-Tribune closed its pressroom in 2018 after outsourcing production to a Cheyenne plant. The newsroom remained in Casper, and is now located at 100 N. Ash St.

“Today, without the need to house a printing press, our current building no longer meets our needs, so it’s time to move into one that better suits our future,” wrote Star-Tribune publisher Michelle Robinson last August while announcing the building’s sale.

Leff couldn’t state when the building will become active, but says the community will see the economic benefit from the project.

“It’s really exciting,” he said. “It’s just gonna be phenomenal for the community and our economy.”