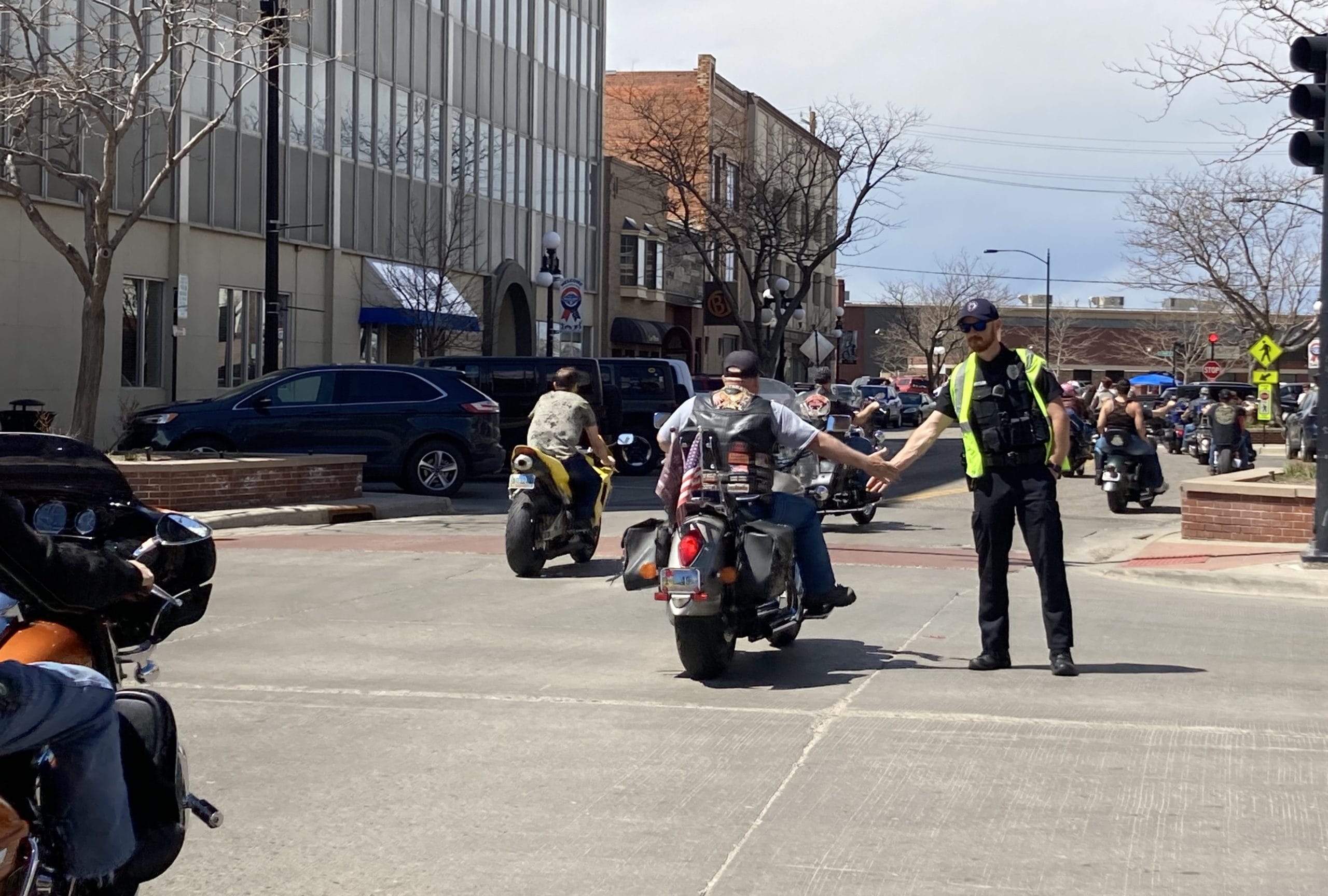 Hundreds of bikers took advantage of the warm May Day weather and partly cloudy skies to take part in the Motorcycle Safety Awareness Parade in Casper May 1, 2021. (Gregory Hirst, Oil City)

Casper Police Chief Keith McPheeters states in a memo on the topic that the police department spends at least 25 personnel hours each month on administrative tasks such as invoicing parties that contract for police protective services at events, collecting payments and acquiring paperwork associated with the contracts.

While off-duty Casper officers can be contracted through the department to provide protective services at events, City Manager Carter Napier told the city council during its regular meeting on Tuesday, April 5 that the city does not have liability insurance related to Casper police officers offering such services at events.

McPheeters said in the memo that “the delivery of police protective services by off-duty police officers always carries
with it the liabilities that occur whenever police provide any service.” With that in mind along with the administrative personnel time spent on managing such contracts, the police department looked into ways that administrative efficiency could be increased while the city’s liability exposure could be reduced.

The department identified three third-party companies that are able to handle administration of police contractual services for local departments, and McPheeters said that “one company stood apart from the others.”

Off Duty Management is able to handle a variety of administrative aspects related to police contractual services and also offers $13,000,000 liability insurance coverage “for any singular event involving our contracted officer,” McPheeters said in the memo.

Napier told the city council on Tuesday that entering into an agreement with Off Duty Management would have the upside from the city’s perspective of not having to follow up to track down payment of bills and other such administrative tasks.

Councilmember Amber Pollock said ahead of the council’s vote as to whether to authorize the city to enter a contract with Off Duty Management that she had asked that time be dedicated during the council’s meeting to discuss it due to the fact that fees will go up for anyone contracting security services from Casper officers. For that reason, she asked that the consideration of the contract be removed from the city council’s consent list. A consent list allows governing bodies to consider and vote on a list of routine items simultaneously rather than the more time-consuming process of considering those items one at a time.

Pollock said that with no members of the public reaching out to her expressing problems with the proposed contract and with no one speaking in opposition during Tuesday’s meeting, she was prepared to support authorizing it.

Councilmember Kyle Gamroth said that with the police department spending about 25 hours per month on administration related to contracting for police protective services, he wondered if there might be other cost-saving opportunities through similar outsourcing arrangement for other aspects of city administration.

The council authorized the contract on a vote of 8–0 on Tuesday. Councilmember Bruce Knell, who is recovering from injuries sustained in a recent plane crash, was not in attendance.