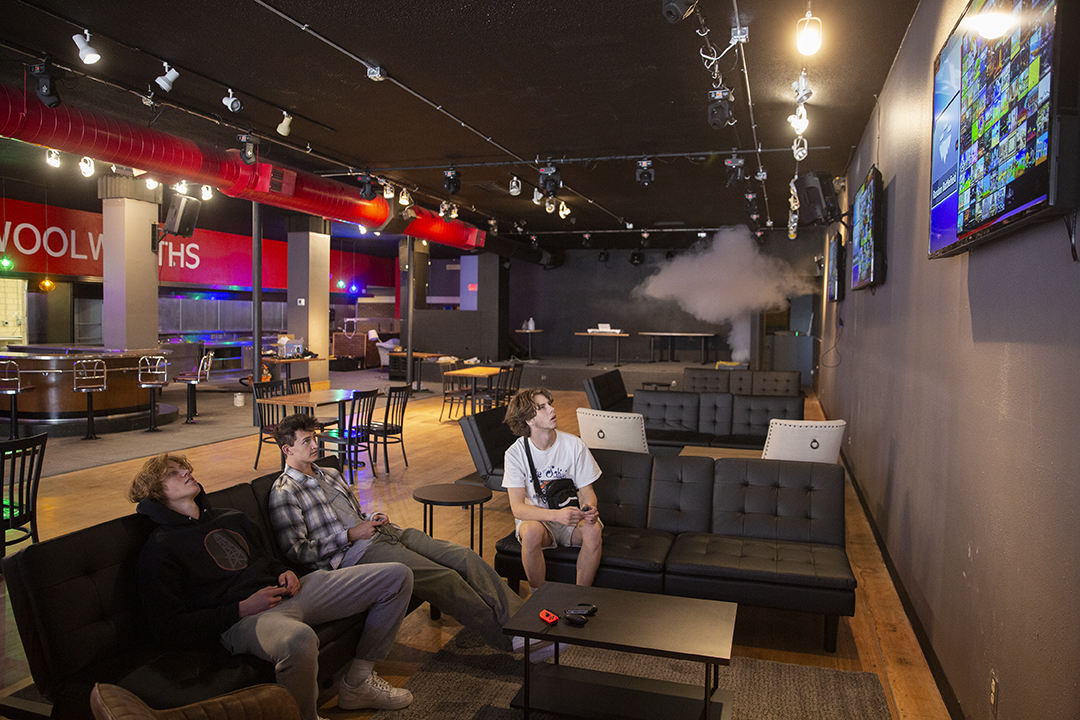 The Void will feature areas for gaming, as well as DJ and other creative opportunities for young people. (Dan Cepeda, Oil City News)

CASPER, Wyo. — One of Casper’s historic indoor gems is being transformed into a trendy, state-of-the-art multi-purpose venue.

The Void, located in what was for decades an F.W. Woolworth’s store and lunch counter, is now owner Seth Hollier’s attempt to mix DJ, gaming and creative cultures into one location.

“I think it will be something that Casper hasn’t seen before,” Hollier previously told Oil City News.

Hollier, who is originally from New Orleans, is specifically gearing the concept toward kids ages 16 to 20, with a snack and food selection featuring alcohol-free options. People ages 21 and up will be allowed on Friday and Saturday.

Office space near the back of the building will also be used for video and graphic arts editing and creation, as well as 3D printing at some point.

“If we give the kids the tools and we give the kids the skills, they can build something on their own that’s truly theirs,” Hollier said. “They can run events themselves and make it something that they feel pride in. They can go to their friends and say, ‘Hey, that event that was put on at The Void — we did that.’”

The Void, located at 128 E. Second St. in downtown Casper, is featuring a media open house on Thursday and will be open for business later this month.