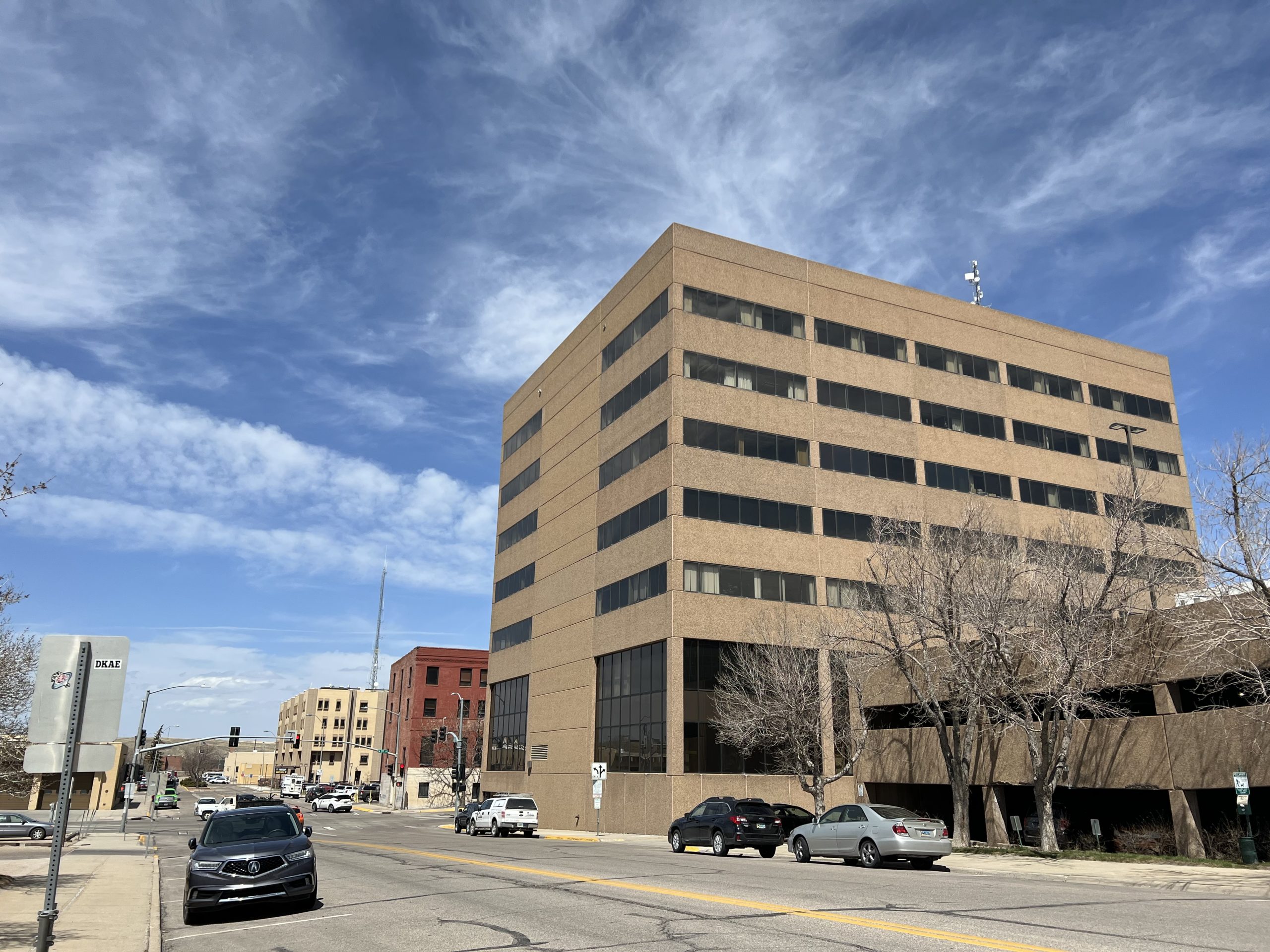 CASPER, Wyo. — The Casper City Council will hold a special meeting Tuesday, April 26 to consider a resolution for the purchase of the Casper Business Center and associated parking facility, according to a city work packet released Friday.

The building would be used to house a new police headquarters for the Casper Police Department. The current headquarters at the Hall of Justice, where the department has been housed since 1977, has only 51% of the space it needs for operations and public safety, the council packet notes.

The $8 million purchase from Wyoming Financial Properties would be covered by American Rescue Plan Act funds, the city said. The expected closing date for the purchase is Friday, April 29.

Moving in would be a gradual process, the city noted.

Current tenant Mountain West Technologies has its telecommunications infrastructure heavily integrated into the Casper Business Center. The council’s other resolution Tuesday is a lease agreement so that Mountain West can gradually decommission its operations and move to another location.

Some renovation is necessary to make the building suitable for the new headquarters, requiring an architect and contract work. Though some employees will be able to move in soon, it will be 24 to 36 months before most of the building is occupied by city staff, the city said.

The formal search for a new headquarters began in 2018, and a 2019 needs-assessment conducted by Police Facility Design Group found that only 20% of the police department’s existing 46,260-square-foot headquarters “is of adequate quality to support efficient operations.”

The Casper Business Center has 97,000 square feet of usable space and comes with 150 attached parking spaces, the city said.

The city noted that the Caper Police Department has “never solely operated” out of a city-owned building, and began renting other properties in 1990.

Former closets and storage rooms have been converted into offices. Space that was set aside for citizens to hold private meetings with officers or fill out a report had been converted into the department’s sole conference room. Dozens of employees share single-stall bathrooms, often with suspects and victims who are being interviewed, the city’s summary said.

“These conditions adversely impact other crucial law enforcement operations, such as property and evidence functions,” the city said Friday.

McPheeters described the small forensics laboratory, with its improvised ventilation system and 1970s-era technology, as “wholly 100% unacceptable.” The ever-expanding digital processing and storage needs are also overwhelming, taxing the department’s ability to cool the main data servers where they are housed. Dispatch services are run out of rented space across town.

Various properties were looked at to house the new headquarters, the city says, adding that the estimated cost of building anew would be $50 million if it was constructed this year.