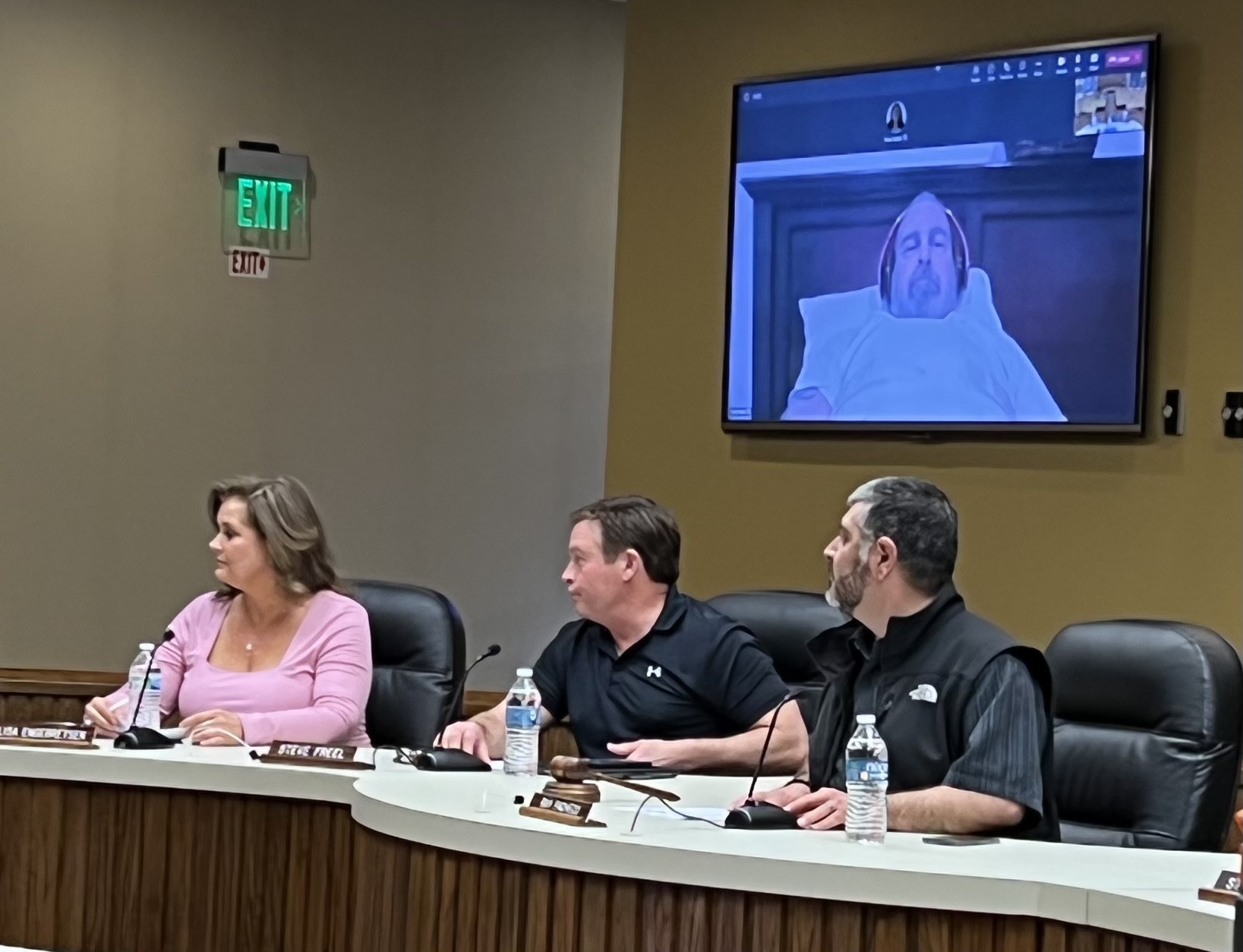 Councilmembers described the city’s search for a solution to the need for a new police headquarters as thorough during the special meeting Tuesday.

“This isn’t a fool-hearted want-to-spend-money situation,” councilmember Bruce Knell said, tuning into the meeting virtually as he recovers from injuries sustained in a plane crash.

The “humongous building” has more than enough room to meet the space needs of the police department and will accommodate growth of the department into the future, Knell said. He added it will allow the city to eventually stop paying rent at the Hall of Justice and the building that houses dispatch once those operations are consolidated into the city’s new downtown building.

The city’s purchase will also free up space at the Hall of Justice for the Natrona County Sheriff’s Office, councilmember Lisa Engebretsen said, describing the city’s move as beneficial for the county. The city is aware the aging building has some issues and will need to be retrofitted to accommodate the police department, but the building is “absolutely the best solution we can find,” Engebretsen added.

While the initial purchase of the building is $8 million and the exact amount that will need to be invested to upgrade it is unknown, both Vice Mayor Steve Freel and councilmember Steve Cathey said the total costs should be about half what it would cost to build a brand-new headquarters, which the city estimates at around $50 million.

The Casper Business Center will be able to house not only police headquarters but also dispatch, court and will have “space to decongest some of the other departments of the city,” according to Freel.

“I think it is money well spent,” he said. “It is the smartest way of going — located right where we need it to be. To me it is a win-win.”

Cathey said a committee of some councilmembers and city staff explored at least 15 different properties as options, including the former Casper Star-Tribune building and the former Sears space inside of the Eastridge Mall, for the new police headquarters. The committee looked into whether those places could serve as a secure facility for police operations and whether they would allow for quick response times throughout the community.

“This isn’t like we just jumped out and said, ‘Hey, let’s go buy a building,'” Cathey said, adding due diligence went into trying to find a solution that wouldn’t break the bank for the city.

Councilmember Amber Pollock said she is comfortable with the decision as the committee and city staff put a lot of time and effort into evaluating different options.

“Many, many, many options were considered,” she said. “It has been quite a lengthy process, and I think it has been a quite well thought out process.”

Mayor Ray Pacheco said the purchase will be a good investment for the city.

“I think it is going to be able to reap rewards for the future,” he said.

Councilmember Kyle Gamroth recused himself from the vote to avoid any conflict of interest as he is employed by an affiliate of Wyoming Financial Properties.

Further details on the council’s decision are available in this article.