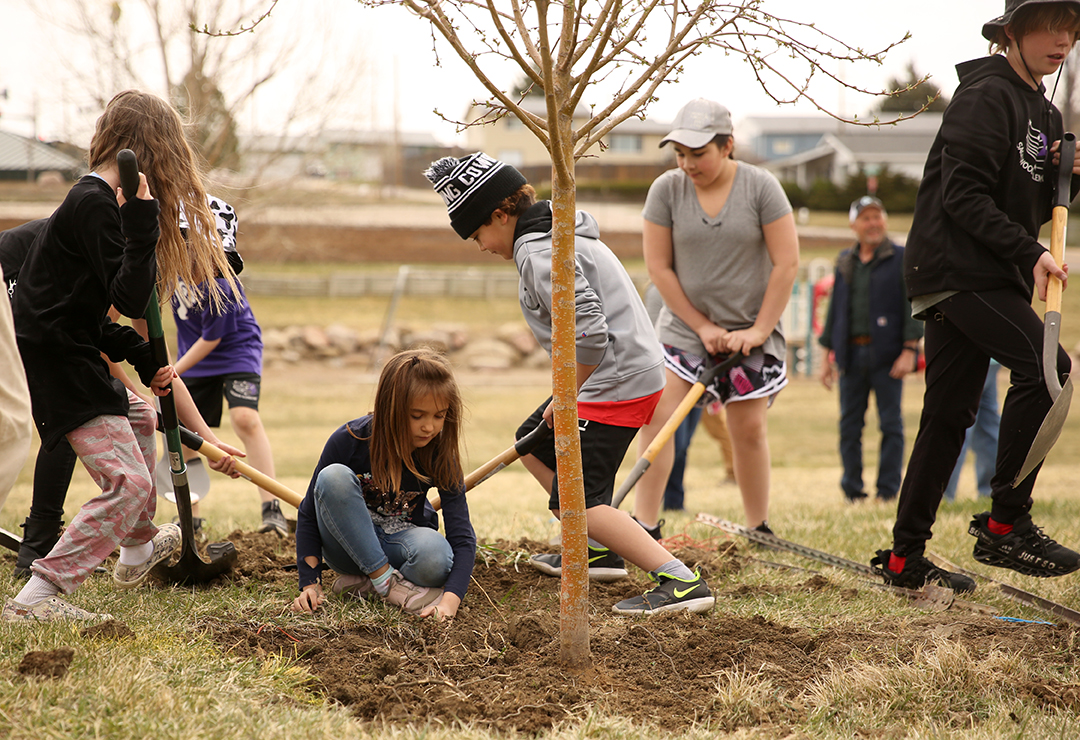 CASPER, Wyo. — The City of Casper Parks Division is looking to spend some money on new irrigation tools at some Casper parks that it thinks will lead to savings of money, water and staff time over the long haul.

The city spent an average of $260,000 per year on irrigation at 120 acres of park and 81 special areas (planters, medians, etc.) over the past five fiscal years, according to a memo from city staff. That does not include spending on irrigation at the Municipal Golf Course, the Highland Cemetery or athletic fields.

While the average spending at parks and special areas was $260,000 per fiscal year, the irrigation budget was increased to $365,000 under the current fiscal year budget “based on what city turf experts felt was necessary to improve the health and appearance of the irrigated areas compared to previous years,” the memo states.

The city council discussed water reduction strategies in November 2021 and resumed that discussion during a work session on Tuesday, May 10, with staff providing more information on strategies to reduce water use and save money on irrigation.

One of the strategies the Parks Division is looking at is installing a city-wide broad-spectrum radio irrigation controller system. The city would also install soil moisture sensors and flow meters. A pilot project at City Hall resulted in 19% water consumption savings, Parks Director Zulima Lopez told the city council. The vendor the city would purchase the city-wide control system from says the system can lead to up to 30% water use reduction, Lopez added.

The total cost to implement the new city-wide system would be around $610,000, a budget request the Parks Division has made for the upcoming 2023 fiscal year. If the city sees cost savings in line with 19% water usage reduction, the return on investment in the system would be about 7.7 years. If the savings are closer to 30%, the return on investment would be around 5.1 years, a table in the staff memo shows:

If the council approves the request, the project would begin in July in four phases. Those phases are explained in the staff memo as follows:

Phase III (2 months) — Install soil moisture sensors at each park, again focusing on larger turf areas first. Depending on timing and assistance from the supplier, it may be possible to install these as the controllers go in during Phases I and II, providing timelier savings.

Phase IV (18 months) — Install flow meters on all of the systems. The flow meters need to be installed on the underground mainline and need to have wire ran back to the controller location at each facility. These flow meters will allow accurate reporting of water usage and flow detection problems, aiding staff in the detection of leaks and other deficiencies.

In addition to the city-wide controller system, the Parks Division is also looking to convert to raw well water irrigation at Bryan Stock Trail Boulevard, Riverview Park, the city’s Central Services Facility and the city’s Water Distribution Garage, Lopez told the council. The city already relies on raw well irrigation at the Municipal Golf Course, Fort Caspar, Paradise Valley Park and Wells Park. Relying on raw well water for irrigation leads to savings for the Parks Division because it doesn’t have to purchase water from the Central Wyoming Regional Water System.

The Parks Division shows estimated investments to convert to raw well water irrigation and expected time it will take to see return on investment in the following table (note that Riverview Park conversion would be more extensive because a new well would need to be drilled rather than tying in to an existing raw well system):

Another way the Parks Division is looking to reduce water use is exploring where it may be feasible to reduce parkland or special areas that are currently irrigated but see little use. Two such opportunities that have been identified by city staff involve adding a new arboretum and a new tree nursery, according to the memo.

The Parks Division is looking to install an arboretum, a place where trees and shrubs can be grown for educational purposes, or a botanical garden devoted to trees at Huber Park.

“The arboretum would feature walking paths and signs with information about the various species within the arboretum,” the memo explains. “Though native trees and shrubs do require irrigation, especially to get established, it is significantly less water intensive than turf.”

The other idea is to convert the north side of Fairdale Park into a tree nursery.

“Small tree farm container trees would be planted at this location to grow larger for relocation to parks and other City properties throughout the City,” the memo states. “The Fairdale Park location is ideal in terms of space and grade for equipment access. The Fairdale nursery could also double as an educational resource. Though eventually most trees would be removed for relocation and replaced with smaller trees, it would create an opportunity to educate citizens and students on proper tree care, as well as planting and transplanting procedures.”

The Parks Division is also asking the Leisure Services Advisory Board, which will soon be renamed as the Parks and Recreation Advisory Board, to help identify more opportunities to convert parks and special areas to accommodate recreational options that use less water. There are six locations the board has been asked to provide recommendations for.

“The areas that were selected have large turf areas that require significant irrigation, are low-use areas and/or are close to other high-use parks, or have few amenities,” the memo states.

Parks Division staff is evaluating a list of ideas the board provided in February. Recommendations growing out of that process are slated to be included in the Parks Divisions FY 2024 budget request, according to the memo.

After asking some questions about the Parks Division’s plans, the city council indicated general approval with the direction the division is heading. No formal vote on approving funding for the projects occurred as Tuesday’s discussion was a work session. Formal approval would come when the city decides whether to include the Parks Division’s budget requests when it looks to adopt a new FY 2023 budget in late May and June.