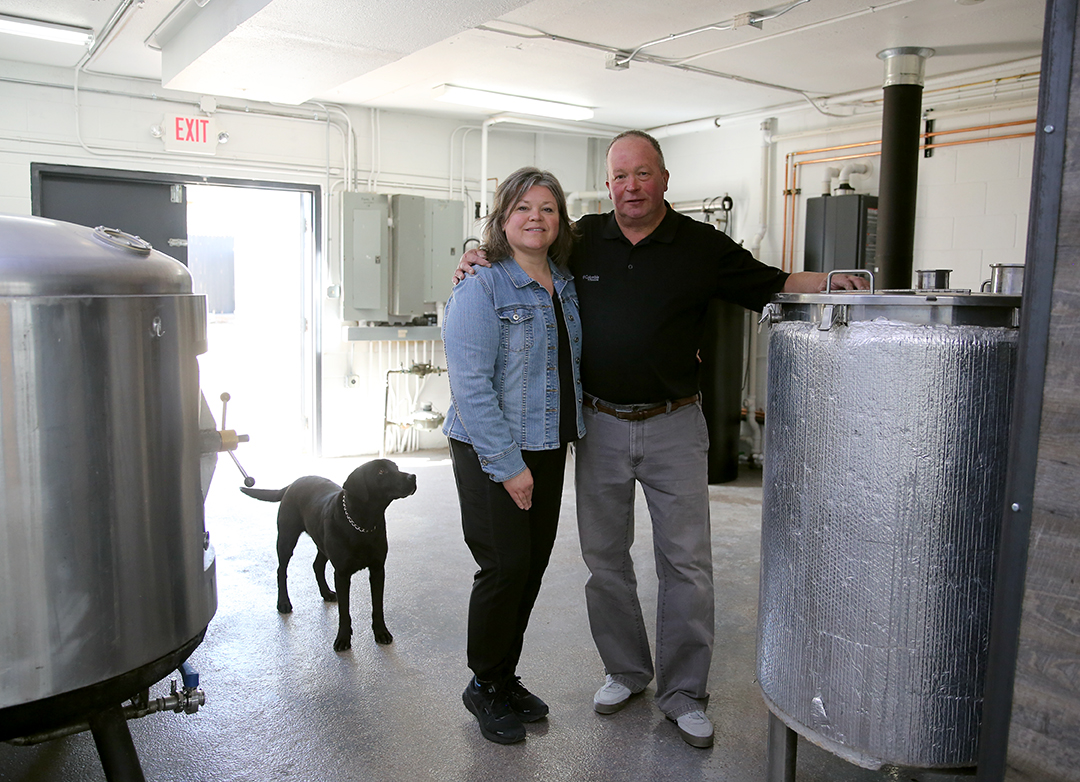 CASPER, Wyo. — A beloved and traditional Polish beer used a strain of yeast that is now technically extinct. It also relied on local water, which has a very unique profile.

Soon, in a North Casper building that at one time or another housed a laundromat, dog groomers and at least two different day care centers, a Casper couple will recreate that Polish beer.

“It’s oak-soaked wheat, no barley,” Jim Gleason said. There’s also the specific hops and the nearest strain of yeast now available. “And it’s a specific water profile,” he added, “and we’ll be matching that water profile to that town in Poland.”

“It’s very light and highly carbonated; it’s almost like a champagne of beers, so to speak,” he said. “It’s a really interesting and flavorful blend, and we’re so excited to bring it to Casper.”

Jim and his wife and business partner Heidi are in the final stages of bringing Stahoo’s Brewery and Taproom to life. “Stahoo” is Polish slang for “Stanley,” named after his grandfather, who immigrated to Michigan from Poland.

The other side of Jim’s family was Irish, while Heidi grew up in a farming family in North Dakota. All of these historical ingredients add up to an appreciation for good, traditional beer, they say.

Jim started brewing at home about 10 years ago, and quickly became deeply fascinated with the craft. Heidi fell in love with craft brewing when the trend was first starting up in Billings, Montana, where she settled after college.

“I enjoyed the atmosphere and the socialization of breweries in that area,” she said, “and when we travel, we go to local breweries to get that local flavor.”

The thought of opening a brewery had been brewing for a while, and in September last year Jim and Heidi started their LLC and scouted properties. The simple building on the corner of C and McKinley Streets in North Casper had the bones and price they were looking for.

“It was perfect, it was meant to be,” Heidi said.

It also happens to be a walk or short bike ride from Mountain Hops and Skull Tree. Soon, they’ll be joined by Bull Horn Brewery just over on Beverly and Yellowstone Streets.

The brewing system was purchased from a restaurant in Fort Collins, and it’s an old-school hands-on process, Jim said. That’s a good thing, he added, because it allows for constant experimentation and evolution.

“Having two small fermenters for that system, I can vary the temperature, vary the length of time I’m fermenting, you can vary the yeast strain,” he said. “So it’s the opportunity to tweak and experiment, rather than just be static.”

His plan is to have rotating taps of new and different brews, ranging from his traditional Polish-style to stouts, IPAs to American wheats. There will also be seasonal offerings. “I brew a phenomenal bourbon porter that uses natural vanilla,” he said.

The Gleasons hope to have Stahoo’s open by mid-June, with only some HVAC and inspections left with construction. The brewery will be family friendly, they said.

“The whole focus here now is moving forward and getting going,” he said. “We’ve done 90% of the work ourselves. It’s been really smooth.”

Stahoo’s Brewery and Taproom is located at 1015 East C St. in North Casper. More information can be found at their website.