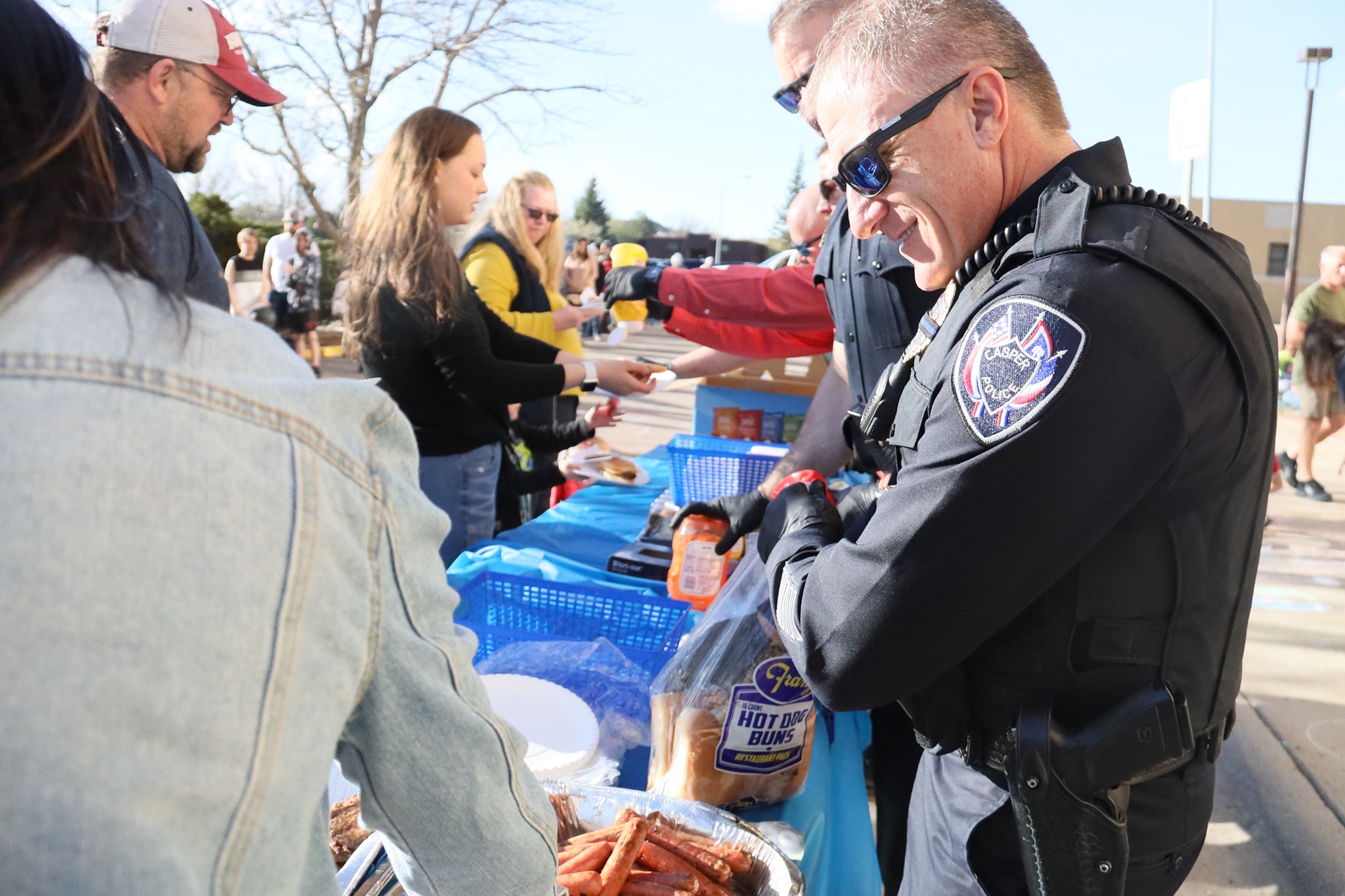 CASPER, Wyo. — The Casper Police Department will host a block party from 5:30 to 7 p.m. Wednesday, May 18 outside of the Hall of Justice, 201 N. David St., in honor of National Police Week.

Officers will prepare and serve free food at the event, which will also feature games and giveaways, according to the Casper PD. DJ Nyke from Townsquare Media will play live music at the block party and there will be a special guest, though the police department did not reveal who that will be in its announcement.

“Kids are encouraged to challenge officers to a game of basketball or Cop-Scotch for a chance to win specialty blue and white basketballs signed by officers,” the police department’s announcement states.

People attending the block party are encouraged to wear blue ribbons, which are available free of charge at the Casper PD’s front desk in the Hall of Justice during regular business hours. Officers will also have ribbons available to give to people during the block party. Businesses and organizations are able to get ribbons by calling 307-235-7598, according to the department.

“This event is a great moment for our officers to engage and interact with citizens outside of normal police interactions,” Deputy Chief Shane Chaney said in the announcement. “This agency is built on a foundation of community policing principles and building relationships with those citizens we serve. The Police Week Block Party is one of the many ways we work to build long-lasting trust and give back to the community that has our back.”

The YMCA of Natrona County is partnering with the Casper PD for the block party. More information about the police department’s National Police Week celebrations is available online.