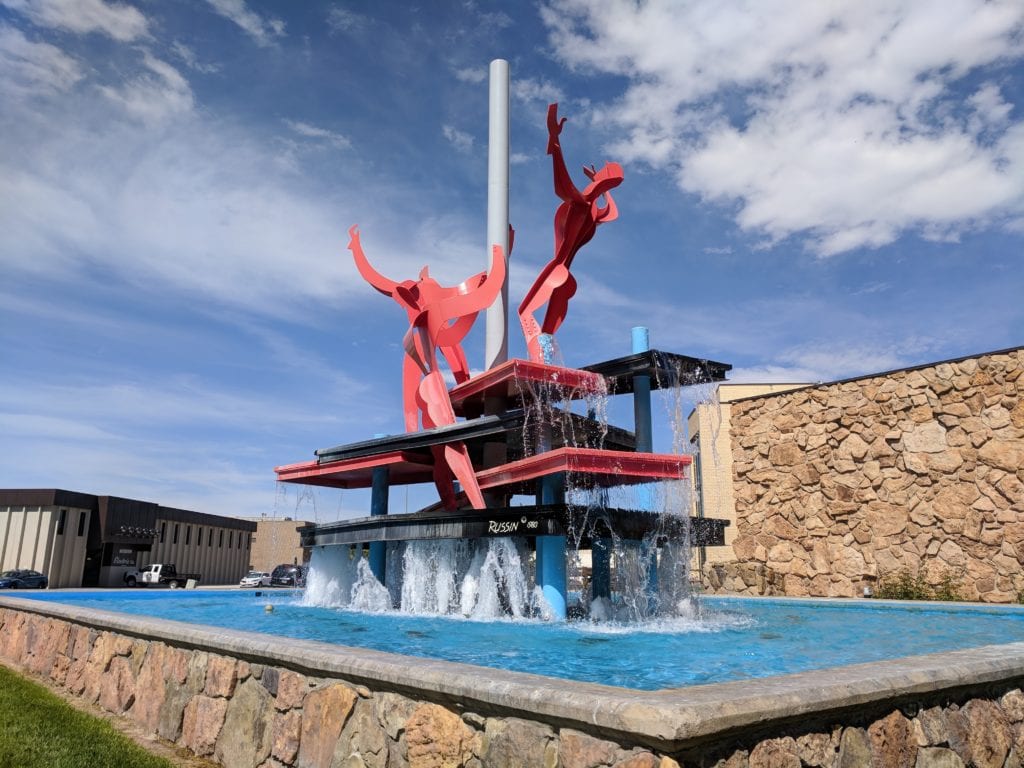 CASPER, Wyo. — The City of Casper will no longer run water at the fountain that is part of the sculpture named “The Fountainhead” at City Hall.

Water has been contributing to deterioration of the sculpture, and staff recommended to the City Council on Tuesday that the fountain no longer be operated and that the underground vault that holds a recirculation pump underneath the sculpture be filled in with slurry for safety so the ground doesn’t cave in.

The city wants to eventually repair and paint the sculpture itself, Assistant to the City Manager Jolene Martinez said. Staff have reached out to the family of Robert Russin, the artist who created the sculpture, to inform them of the situation. The family is okay with the city no longer running water at the fountain, Martinez said.

City staff will do the work to remove the fountain aspects of the feature and fill in the pool with slurry. The only outside costs will be $500 for services from an electrician and the cost of slurry, according to Martinez.

Running the fountain for three months in the summers cost the city about $3,500 in water with an additional $500–$1,000 in maintenance costs.

The City Council indicated its approval of staff’s plans to remove the fountain aspects of the sculpture during its pre-meeting work session on Tuesday.

Correction, May 17, 2022: A previous version of this story said the pool of the fountain would be filled with slurry. It is actually an underground vault holding the recirculation pump that will be filled with slurry in order to prevent the ground from caving in, according to the city. This story has been updated to reflect this.