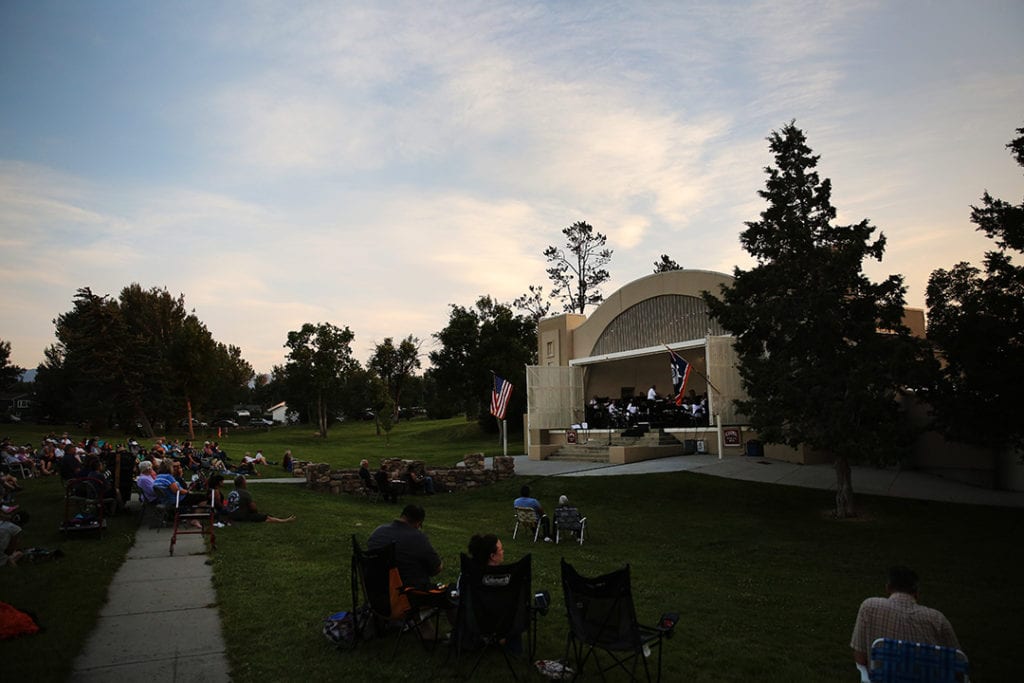 “I’m only 44, so since I was 10 years old Roger has been leading that band,” said Brent Rose, who was hired as Fenner’s replacement earlier this year. “For it to open up, it’s pretty rare and pretty special. So yeah, I was excited.”

Rose has been leading the Kelly Walsh High School band for eight years now, and previously led the band in Buffalo. He has more than 21 years’ experience in music education, he said.

Rose will kick off the band’s 2022 season on Thursday, June 9, at the historic bandshell in Washington Park with a themed performance called “Across America.”

“Every song that we’re doing is linked to a location in the United States,” he said. It starts off with the rousing “Washington Post March” by John Philip Sousa, which was written for the newspaper in 1889.

The band has some 70 people on the roster, Rose said, and usually 60 to 65 perform on any given night.

“It’s an audition-only group,” he said. “Because of that, we are really proud to say that we’ve got the top-tier band of musicians of any band in the state.”

The band, which is mainly brass, woodwinds and percussion, keeps music selections “light,” with accessible pieces from Broadway, pop, marching band and Americana.

The performances also feature different acts during intermission. Chad Lore will play on Thursday. The season will consist of eight performances on each Thursday night starting at 7:30 p.m., with the exception of July 14, when the band will play during the Central Wyoming Fair and Rodeo Parade.

Preparing for his first season was made all the more complicated with his overlapping duties at KW. Now that the school year has ended, he’s ready to head into the summer music season and join a decades-old Casper tradition.

“It’s a well-oiled machine that I only hope to maintain,” he said. “That’s my goal, not to mess it up.”