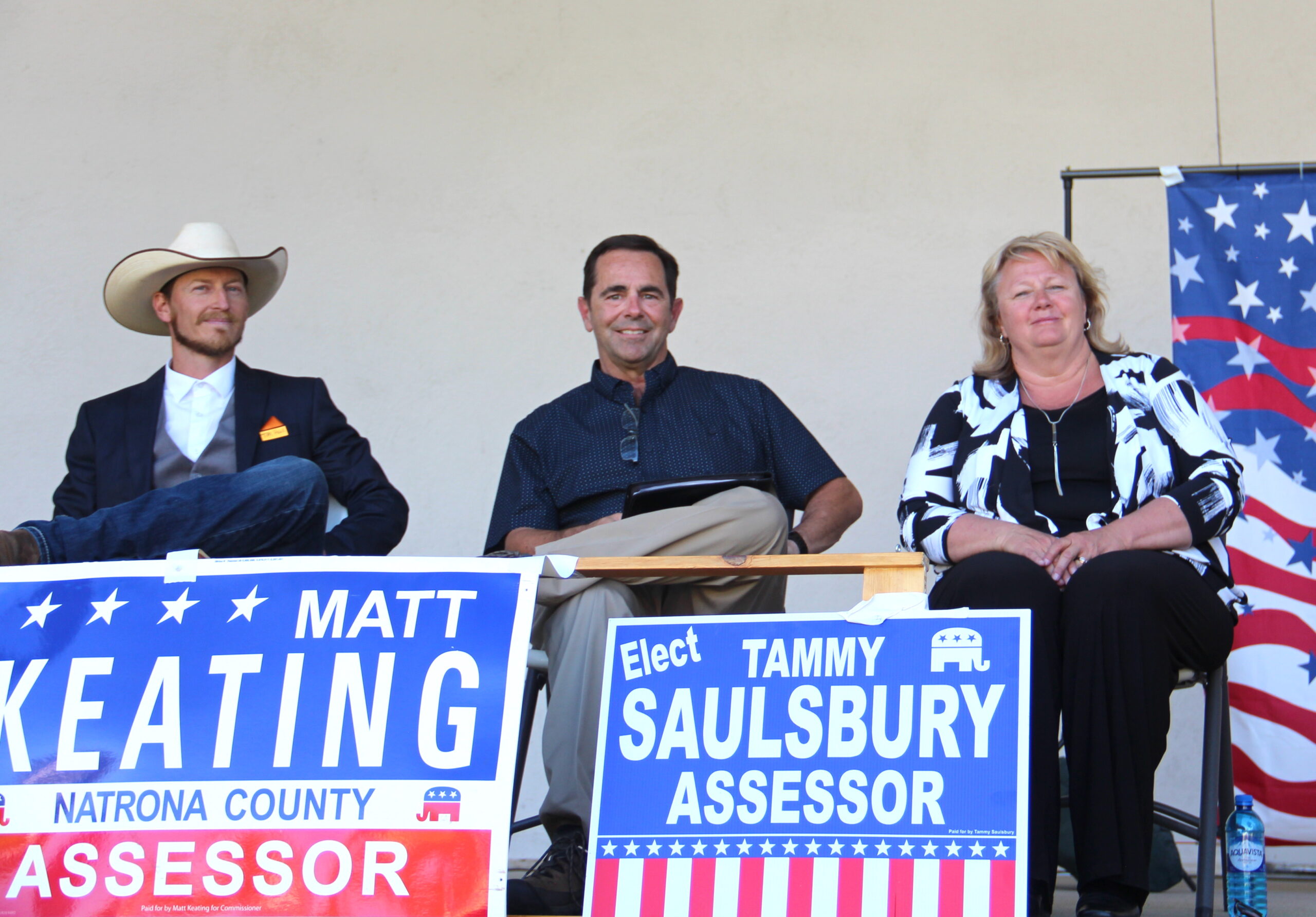 CASPER, Wyo. — After three years of surging home sales and rising property taxes, Natrona County Assessor Matt Keating defended his record at Washington Park on Wednesday while two challengers offered their approaches. They, alongside candidates for two House legislative districts, participated in the summer’s first Politics in the Park, a series of candidate forums hosted by the Natrona County Republican Women.

Keating is being challenged by Tim Haid, who co-owns a lawn irrigation business, and Tammy Saulsbury, who worked in the assessor’s office for 13 years and narrowly lost the race to Keating in 2018.

All three candidates said some remedies should come from the state legislature.

Keating reiterated his position that the state Department of Revenue has commended his overhaul of the office, which had been under a work order for producing several years’ worth of undervalued properties.

The department has the statutory authority to define the application of the Mass Appraisal System in the state. The system generates tax bills based partially on the housing market. Single-family home values have increased 25–30% in just the last year, according to one real estate agent, and anecdotes abound of buyers entering bidding wars and paying cash for homes at well over the appraised value.

“I don’t set the market, and nobody elected to the office does,” Keating said. “But if they’re doing it right, they just track it, and that’s what we’ve been doing.”

Saulsbury had direct criticisms of Keating’s tenure in the office.

“The way it’s been done in this last administration is absolutely wrong,” Saulsbury said. “The data is incorrect.”

She promoted major restratification of the county’s Land Economic Areas and use of more precision in grouping similar homes to provide fairer and more uniform assessments.

“I believe the data needs to be analyzed very diligently, and double-checked … so that these assessments that come out are correct the first time,” Saulsbury said.

Keating read from a recent decision from the state Board of Equalization which said he had applied the process properly, though the Natrona County Commission that remanded the case back to him felt the particular value was unfair.

“If I truly am getting it [so] wrong, then the state Board of Equalization would not come down on my side,” Keating said.

In his role as assessor, Haid said he could easily use software to flag assessments that varied extremely year-over-year and review those cases individually for factors that might favor the taxpayer.

“If you look at the problems first, and fix the problems, and then continue down from there, that would be a good approach,” Haid said.

Haid promoted himself as a problem-solver and jack-of-all-trades. He said he previously owned a remodeling business, but that his first real job was in the Natrona County Treasurer’s Office.

Haid’s legislative remedy would be to calculate a property owner’s final tax bill based on a 10-year average.

“Then not only would the taxes be gradually going up, they would gradually come down,” Haid said, adding that that bill would still track with the existing market.

“I think we can get it through legislation, [especially] if we got all of the state’s assessors on board together,” Haid said.

Two bills addressing property taxes were considered at the state level in the last year but failed to gain traction.

One would have capped annual increases in property tax bills at 3%, with certain exceptions, while the other would have examined the possibility of generating a tax bill based on the price the homeowner paid for it, rather than to a fluctuating housing market.

Keating and Saulsbury were both amenable to exploring the idea, and Keating has advocated for property tax relief programs at the state level, some of which had gone unfunded in the previous biennium. Keating also said the state could adjust the 9.5% tax rate it applies to assessments to produce the final bill.

All candidates approved of the idea of a property tax deduction for those aged 65 and older. Haid added that existing rebates for veterans should increase in tandem with elected officials’ salaries.

The Politics in the Park forums will take place every Wednesday at 4:30 p.m. throughout the summer.