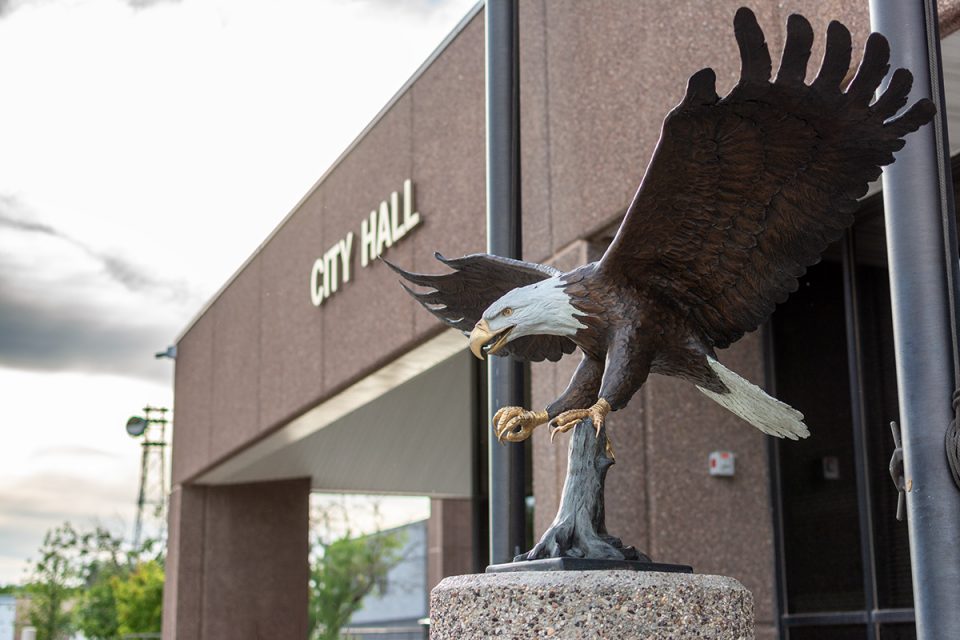 The front entrance of City Hall in Campbell County. (County17.com)

GILLETTE, Wyo. — The Gillette City Council pledged its support this week to a cause seeking a U.S. Constitutional amendment intended to limit corporate contributions in election campaigns.

During its regular meeting June 14, the council passed a resolution of support for a 28th Amendment to the U.S. Constitution that would clarify the distinction between the rights of natural persons and other legal entities.

The proposed constitutional amendment would also provide the U.S. Congress and state legislatures the right to regulate monies raised and spent for political purposes, according to the resolution.

It would be an opportunity to correct what was perhaps the worst U.S. Supreme Court decision since Dred Scott, according to resident Diane Ernst, who addressed the council during their meeting.

In 2010, the U.S. Supreme Court issued a ruling in the case Citizens United v. FEC that essentially paved the way for corporations and other outside groups to make unlimited donations to election campaigns, according to the Federal Elections Commission.

Prior to the decision, Citizens United had wanted to release a film concerning Hillary Clinton, then a frontrunner in the Democratic primary for the U.S. Presidential election, but was barred under a previous Supreme Court decision banning corporate-funded electioneering communications, per FEC.

The Supreme Court ruled that the ban faced by Citizens United violated the First Amendment’s protections for free speech and found that “the rule that political speech cannot be limited based on a speaker’s wealth is a necessary consequence of the premise that the First Amendment generally prohibits the suppression of political speech based on the speaker’s identity,” FEC states.

The decision allowed corporations to spend unlimited funds on campaign advertising so long as they were formally coordinating with a political party or candidate, according to the Brennan Center for Justice.

It essentially implemented the “one dollar, one vote” principle, according to Gillette resident Christina Gerrits, who told the council that the proposed amendment would restore the previous principle of “one person, one vote.”

“Corporations are not people and money is not speech,” Ernst said, reading aloud a statement by resident Vicki Swenson, who could not attend Tuesday’s council meeting in person.

She said that similar resolutions are being heard by city councils across Wyoming and have thus far been passed by councils in Cheyenne, Lander and Laramie.

“Please join tens of thousands of your fellow Wyoming citizens in Gillette and in towns and in cities all across Wyoming who are passionately working to see Wyoming become the 23rd state to call for a 28th amendment to the U.S. Constitution,” Swenson’s letter stated.

City Administrator Hyun Kim said that the resolution represents a symbolic gesture by the members of the Gillette City Council and that city staff didn’t see a downside to voicing their support.

“I think this is pretty universally accepted — getting control of our democracy,” Kim said.