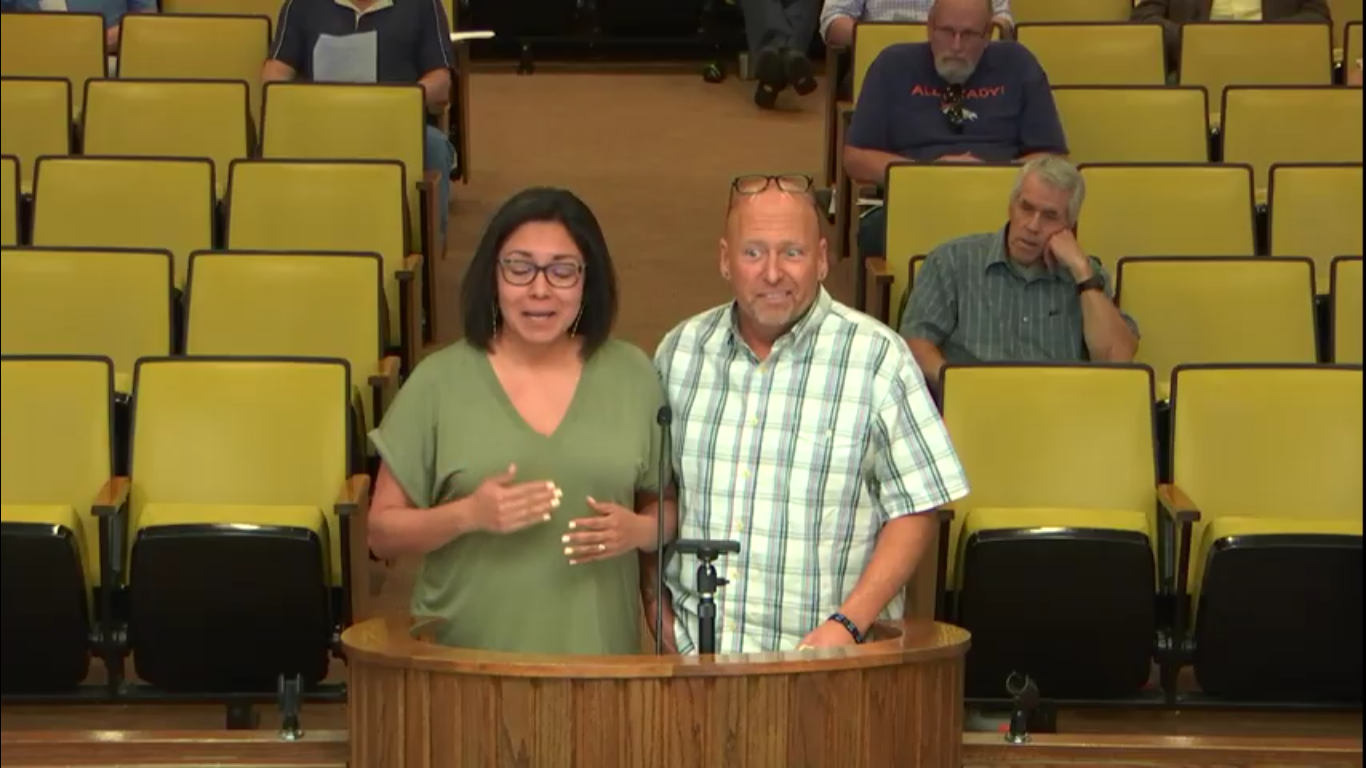 Andrea and Jim Childs, owners of La Cocina, asked the City Council to approve a bar and grill liquor license for the restaurant on Tuesday. (Screenshot via City of Casper, YouTube)

With the City Council’s approval of the liquor license request, La Cocina plans to move forward with construction of the restaurant’s new home at “The Compass,” 4110 Centennial Hills Blvd. Construction of the new restaurant is expected to begin in late July and be completed in May 2023, Martin Axlund with True Land & Realty, the company that owns The Compass, said Tuesday.

The liquor license will be used at La Cocina’s new restaurant once the move happens. Until then, the restaurant will continue operating without a bar and grill license at its exiting 321 East E St. location.

The license La Cocina will get control of was the city’s last available bar and grill license, City Manager Carter Napier noted. The number of available licenses is based on a population formula under state law.

Jim and Andrea Childs, owners of La Cocina, told the City Council on Tuesday that many of their employees are already “TIPS” trained, a certification people are required to obtain in order to serve alcohol in Casper. Jim added that he was previously a certified TIPS teacher and Andrea said the couple is considering becoming certified as TIPS teachers to help ensure the restaurant’s staff is trained.

Multiple people spoke in favor of the City Council granting the liquor license to La Cocina ahead of the vote on Tuesday. Jack Lenhart said he has known the Childs family for years and noted the restaurant has provided Thanksgiving dinners to people in the past.

Greg Dixson, president and CEO of Hilltop Bank, which is affiliated with True Land & Realty, said he is excited La Cocina will join The Compass as neighbors, with the bank operating a branch at the development.

“Local businesses, no national tenants, I love it,” Dixson said of the direction for The Compass.

After residents spoke, Vice Mayor Steve Freel said it is rare to hear from so many people when a liquor license request comes before the City Council. Freel said he thought that that spoke well of the Childs and the restaurant.

Mayor Ray Pacheco said he thought Dixson’s points about The Compass being filled entirely with locally owned businesses was an important thing to note.

Bar and grill liquor licenses require business to have a physical bar with at least eight seats and a serving station. At least one bartender is required and the business must offer at least six “major distilled spirits” for sale. There is also a requirement that businesses with a bar and grill license see at least 60% of gross sales come from food service, with no more than 40% of gross sales coming from the sale of alcohol. Bar and grill licenses cost $10,500 for the first year, with $3,000 annual renewal costs.

A memo from city staff explaining the liquor license request and La Cocina’s application can be reviewed below: