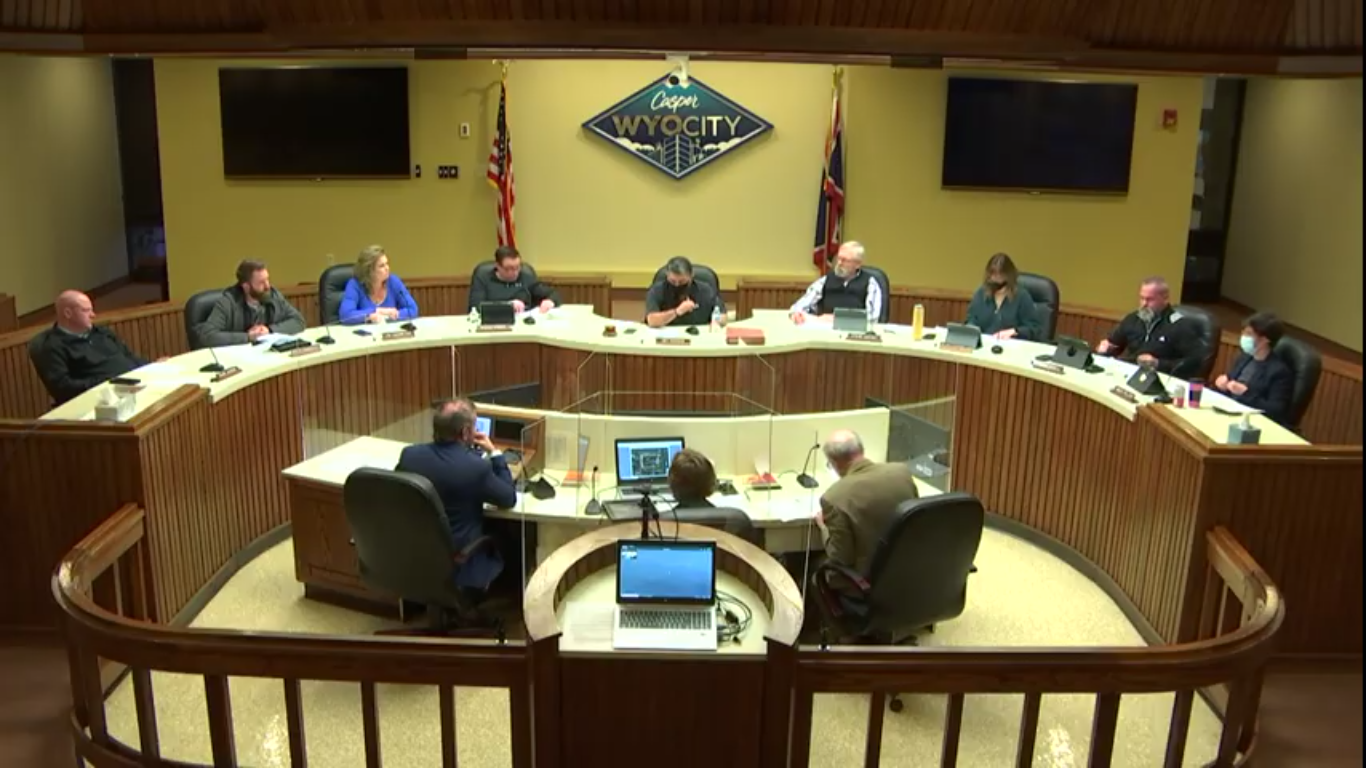 CASPER, Wyo. — The Casper City Council will vote on whether to adopt the proposed new budget for fiscal year 2023 during its regular meeting on Tuesday.

The City Council will also vote on rules to expand the city’s parkway parking program citywide on second reading during the meeting. The rules would need to be approved on third reading at the council’s next meeting in order for the changes to take effect.

Another item for the City Council’s consideration is the transfer of a deed for some Highland Park property to the Natrona County School District to allow the construction of a new tennis court facility to proceed.

The City Council will also consider issuing a new special malt beverage permit for the Casper Horseheads, issuing a new bar and grill liquor license for La Cocina, and a number of other items during the meeting.

The meeting begins at 6 p.m. Tuesday, June 21 at City Hall, 200 N. David St. The meeting can be streamed via the City of Casper’s YouTube channel:

The City Council’s work packet for the meeting includes details on all the items that will be considered Tuesday:

NOTE: A previous version of this article said the parkway parking ordinance vote would be a third reading vote. However’s Tuesday’s vote was on second reading with third reading to occur at the City Council’s next regular meeting.