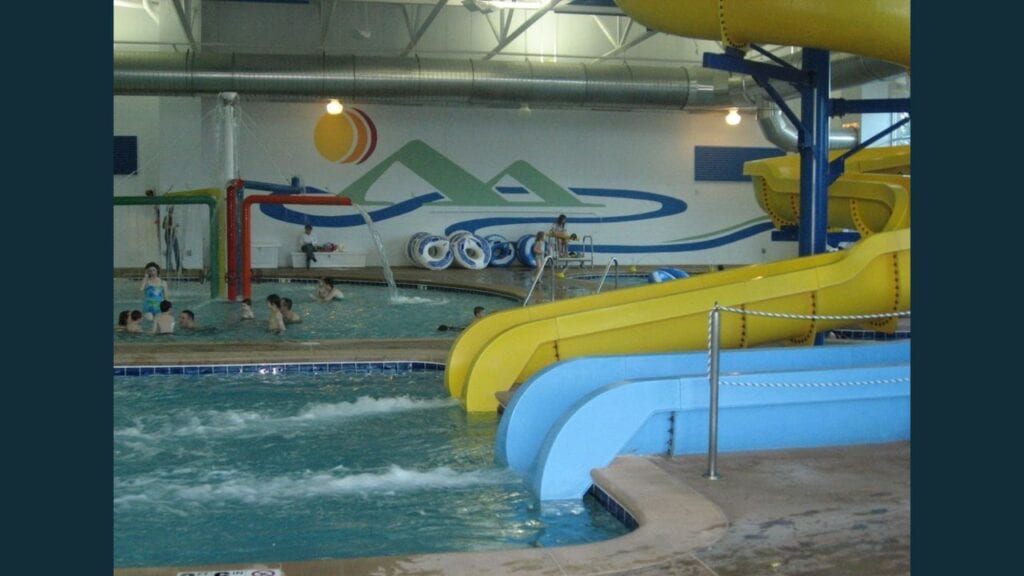 CASPER, Wyo. — Some members of the Casper City Council said during the Tuesday, June 28 work session that they think consideration should be given to closing swimming pools or even the Casper Recreation Center to save money.

These suggestions arose while the City Council was discussing how to prioritize use of “one-cent” optional sales tax revenues over the next four years should voters choose to renew that county-wide tax at the polls this November. While city staff’s plan proposes directing $21.8 million of the $64.5 million in one-cent revenues the city anticipates it will receive over the next four years to street repairs, Councilmembers Bruce Knell and Kyle Gamroth said Tuesday they want to find ways to direct a bigger chunk of the overall funding to streets.

Talk of closing swimming pools or the Rec Center arose after Casper Parks, Recreation and Public Facilities Director Zulima Lopez told the City Council about problems at the Casper Family Aquatics Center. Decking and the roof at the Aquatics Center are severely compromised, Lopez said, noting she was informed during a meeting this week about the roofing issue.

The moisture barrier was not installed properly when the building was constructed, and this is leading to degradation of the steel structure of the roof, Lopez said. She described the problem with the roof as “one very large windstorm or snowstorm away” from the structure becoming unstable. The roofing repairs that are needed will cost around $500,000 and the decking issues would cost an approximate additional $1,356,000.

While councilmembers did not express a desire to close the Aquatics Center itself, the discussion of problems at that facility led to talk about looking at swimming pools and the Recreation Center as ways to potentially cut costs for the city.

Gamroth asked how long the city has directed one-cent funding to help keep swimming pool entry fees cheaper so that they are more affordable to people across Casper. Staff’s proposal is to direct $1.3 million in one-cent revenues over the next four years to subsidizing swimming fees.

A survey conducted among residents this spring regarding one-cent priorities did not ask questions specifically about whether people think subsidizing pool fees is an important use of one-cent revenues, Gamroth said. While he didn’t say he necessarily wants to stop subsidizing swimming fees, he said he had questions about why the city is doing that and whether it is something residents support.

Knell said he would be happy to see the city stop putting money into the Casper Recreation Center entirely, as he has long thought it should be sold to a private entity.

Knell said he is OK with subsidies that go to the Ford Wyoming Center because it generates $25 million for the local economy, based on estimates Visit Casper has provided. When it comes to subsidizing the Rec Center or hockey at the Casper Ice Arena, however, Knell said he would be comfortable with any cuts the city can make.

Subsidies can make recreation opportunities available to poorer children and people in the community, Councilmember Jai-Ayla Southerland said, adding that she thinks recreation centers often play an important role for communities. She thinks there are times where subsidies make sense because they support the local economy and there can be cases where subsidies make sense because they support services people in the community need.

While Knell suggested he’d be OK with selling the Rec Center, he said he didn’t want it to come across as if he was attacking the underprivileged. Other communities are able to offer recreation opportunities without having a Rec Center, he said.

Councilmember Amber Pollock asked whether the city has done any recent analysis of whether the amount of swimming pools available is an appropriate number to serve a community the size of Casper, noting that swimming pools are expensive to maintain.

Pollock noted that swimming pools such as Marion Kreiner are near the top of the list of facilities that need attention in Casper. A recent analysis of 127 city-owned facilities found Casper facilities currently need $33 million in repairs. The Marion Kreiner and Paradise Valley pools were two of the top three facilities needing attention identified in that study.

The city has not recently conducted an analysis of whether it has the right number of swimming facilities to serve the population, according to City Manager Carter Napier. However, he said he thinks the city probably has more than it needs to serve the community.

While Pollock said she’d like to see some analysis conducted, she added that she was a little hesitant to see the findings of such a study as it could point to conclusions that some pools should be closed. While she raised the idea that Casper might look at swimming facilities as a place to save costs, she noted that she was not necessarily recommending Marion Kreiner be closed, particularly as it is located in an area where there may not be as many recreation options for people.

Lopez noted that a splash pad exists at Marion Kreiner and that is significantly less expensive to maintain and staff than a pool. When it comes to pools that could potentially be looked at for closure, Lopez suggested Washington Pool might make more sense given its proximity to the Aquatics Center. The Aquatics Center itself should not be near the top of the list as it provides year-round swimming opportunities, Lopez added.

The Parks Division is working on a master plan to consider all amenities the city has in an effort to help determine whether there is an excess of lack of various types of recreation offerings in the community, Lopez noted.

Gamroth said that while closing swimming pools wouldn’t be popular with some in the community, if residents’ priority is for the City Council to be more fiscally responsible, swimming pools might be a good place to begin cutting costs.

The discussion of swimming pools was just one aspect of the City Council’s discussion on Tuesday as they work on setting priorities for use of one-cent money over the next four years. The full staff proposal for use of the funds can be reviewed in the following document: