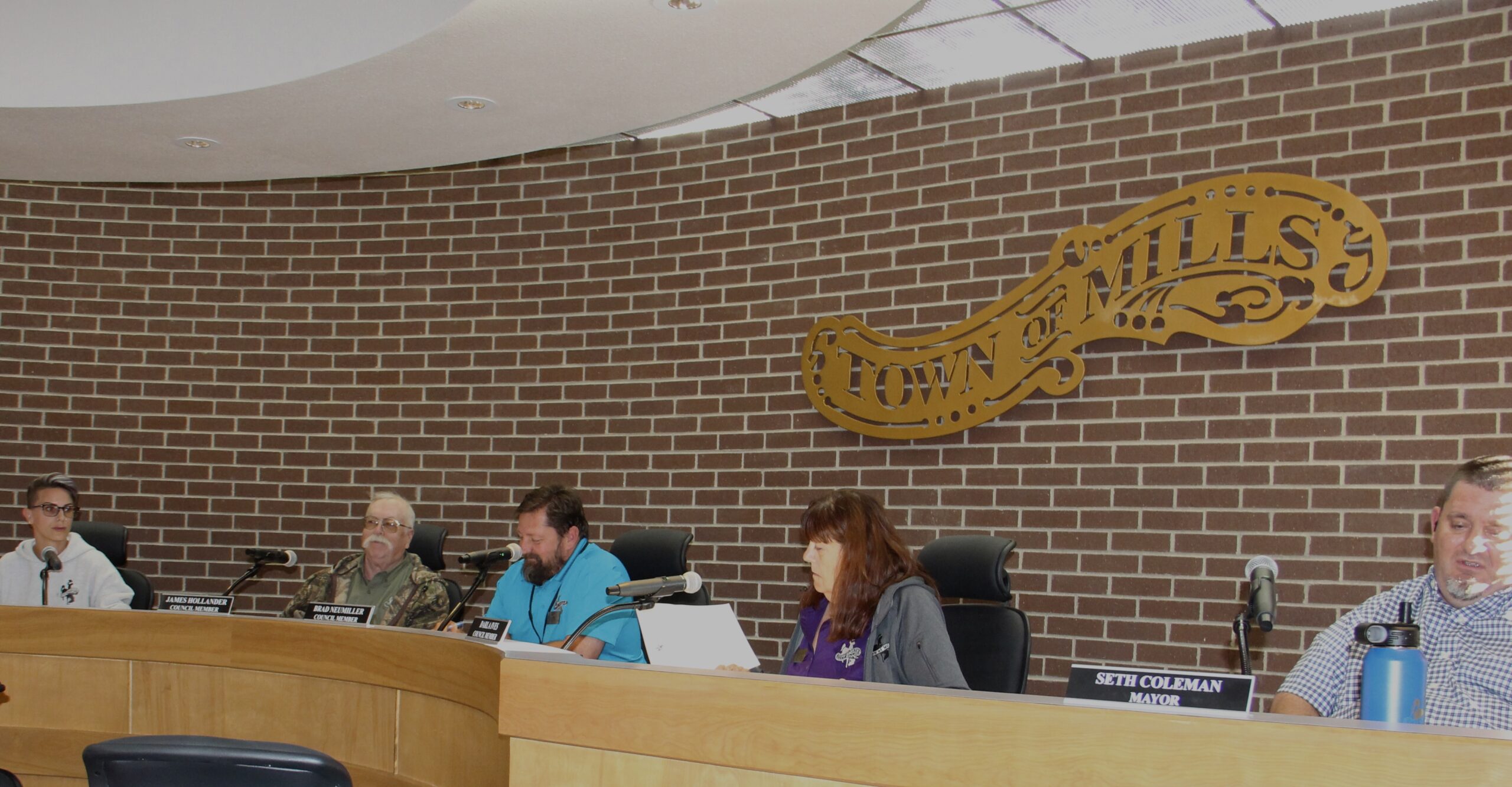 CASPER, Wyo. — Mills City Council approved a resolution to set a pay scale for pay-per-call firefighters, along with a contract with Casper for transit services, at its regular meeting Tuesday.

The approved pay scale, which was created by Fire Chief Wil Gay, outlines pay rates for firefighters who work ambulance transfers and/or on standby. This will not pertain to workers who go to wildland fires, as their pay falls under the state mobilization guide.

The council also approved a contract with the City of Casper for use of bus routes, which will go into effect July 1. Mills city employees will ride the route in the coming weeks to spot any improvements that need to be made.

Additionally, the City Council approved modifications to the City of Mills Employee Handbook.

Two proposed ordinances were read for the second time at the meeting, and need to be read three times to go into effect. Ordinance 783 would add a provision allowing the city to address “nuisance lighting,” or lighting that is disruptive or disturbing to residential property owners.

John Gudger urged the council to reconsider the phrasing of the ordinance, in addition to reassessing the zoning code as a whole.

“The wording is very subjective,” he said, and requested he be consulted for rephrasing of it.

“As the City of Mills, you need to respect the property owners, and respect them in a way to have decent zoning codes to buffer industrial warehouses reasonably for residential adjacent properties,” he said.

The council explained that it has plans for modifications to make to the zoning code, but that it is difficult to make changes pertaining to developments that have already been built. However, since the ordinance is on its second reading, input can still be accepted for rephrasing of it.

Ordinance 784 would allow the City of Mills to address “residential lots being used principally for storage by absent property owners.” At its previous regular meeting, the council mentioned complaints from residents that these lots were unsightly, and also acknowledged their propensity to become a fire hazard.