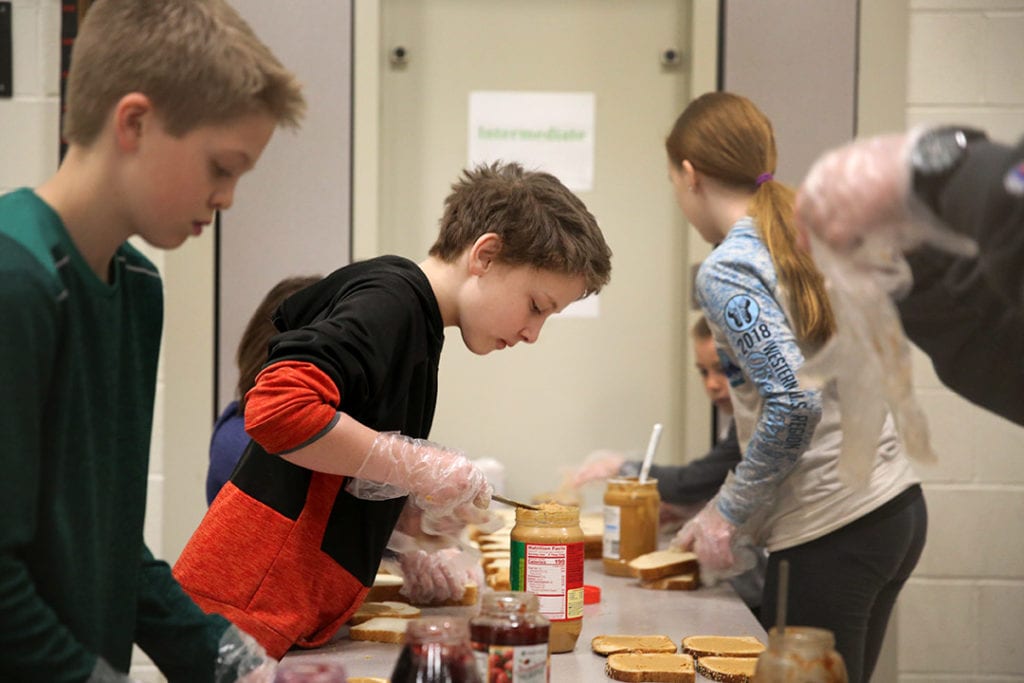 CASPER, Wyo. — A range of Casper nonprofit organizations that received money from the “one-cent” optional sales tax during the current four-year cycle wouldn’t see that direct support under city staff’s proposal for use of the one-cent revenues over the next four years.

A total of $3,052,000 in one-cent revenues during the current four-year cycle was allocated to support the following entities, City Clerk Fleur Tremel told the City Council on Tuesday:

While many of those organizations wouldn’t see grants through one-cent under the staff proposal, some nonprofit agencies would still see funding.

Staff’s “one-cent” proposal includes a total of $3 million under the “Community Assistance” category, with $1.3 million of that total to subsidize swimming pool rates in Casper.

$400,000 would be allocated to facilities improvements at the Nicolaysen Art Museum. While the city doesn’t manage the activities at the museum, it owns the property.

Children’s Advocacy Project would see $128,000 over the upcoming four-year one-cent cycle. This organization would receive support because it offers services to child victims, a service critical to the Casper Police Department as the department doesn’t have all the resources it needs to offer such services itself, Napier said.

The city’s “Community Promotions” program was also discussed during the work session on Tuesday. While the city is no longer providing money to organizations that bring events to Casper via the program as it has historically, Napier noted that the city is now partnering with Visit Casper on that program and Visit Casper is offering direct funding to organizations that bring events to town with the city offering opportunities to use city facilities or services at reduced costs. The city historically used General Fund dollars toward Community Promotions, not one-cent dollars, city staff said in an email Thursday.

The reduction in direct support for nonprofit organizations under staff’s proposal comes as the city looks to find more money for things like streets maintenance and care for aging infrastructure while simultaneously trying to fund a host of other municipal services.

The top five categories that would receive support from one-cent revenue over the next four years are the following, under staff’s proposal:

The $21.8 million for street maintenance and equipment would be an increase from the $19 million allocated to streets during the current four-year cycle. Some on the City Council want to direct more to streets as the $21.8 million would be about $2.8 million shy of what would be needed to ensure Casper’s overall “Pavement Condition Index” score of 59 doesn’t decline.

With staff’s proposal reducing direct funding for a number of nonprofit organizations, Councilmember Jai-Ayla Southerland asked how long these organizations have received such support. She also asked whether the decision to stop providing the one-cent grants could impact the city’s relationship with such organizations in the community.

While the one-cent money is important to some of the organizations that have received support, Napier said he didn’t think removing that support would necessarily mean those organizations won’t be able to find ways to continue operating.

Nevertheless, “There will be nonprofit agencies that will feel that absence,” Napier said.

The City Council has yet to finalize a plan for use of one-cent revenues over the next four years and will continue their discussion of the topic during the July 12 work session. Once a plan is finalized, the City Council will be asked to formally adopt a resolution as a commitment to residents as to how one-cent revenues will be used over the next four years should voters choose to renew the countywide optional sales tax this November.

Staff’s overall proposal can be reviewed in the following document: