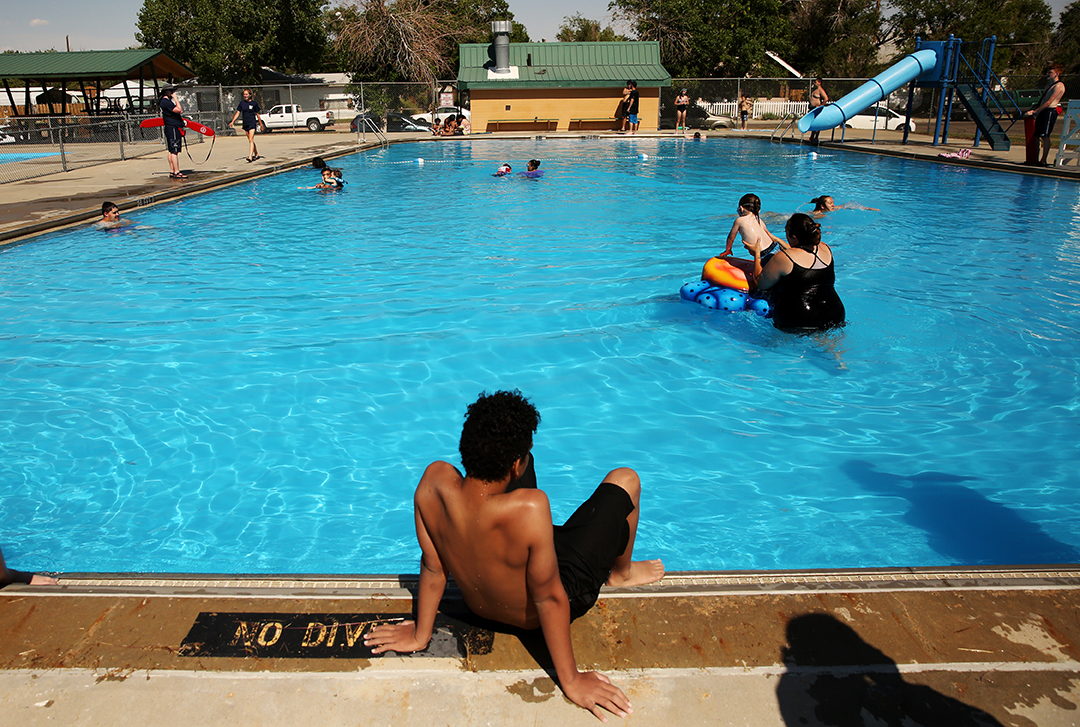 According to a City of Casper release, all four of the city’s community pools are offering free sunscreen on site. The sunscreen drive is thanks to the Wyoming Cancer Resource Services and the Casper-Natrona County Health Department.

The sunscreen is available at stations installed near the entrances of four pools: Mike Sedar, Paradise Valley, Marion Kreiner, and Washington Park. Hand sanitizers are also available in the same locations.

Overexposure to sun can cause skin cancer, which, according to the release, is the most common type of cancer in the U.S. According to the American Academy of Dermatology Association, approximately 9,500 people in the U.S. are diagnosed with skin cancer every day, affecting more than three million Americans a year.

“The Health Department’s mission is to prevent disease, and sunscreen is one of the best ways to prevent skin cancer and enjoy our summer afternoons at the pool,” said Wyoming Cancer Resource Services Coordinator Daima Quick.

The release says the city plans on adding sunscreen stations at the city’s athletic fields as well, starting in early August.