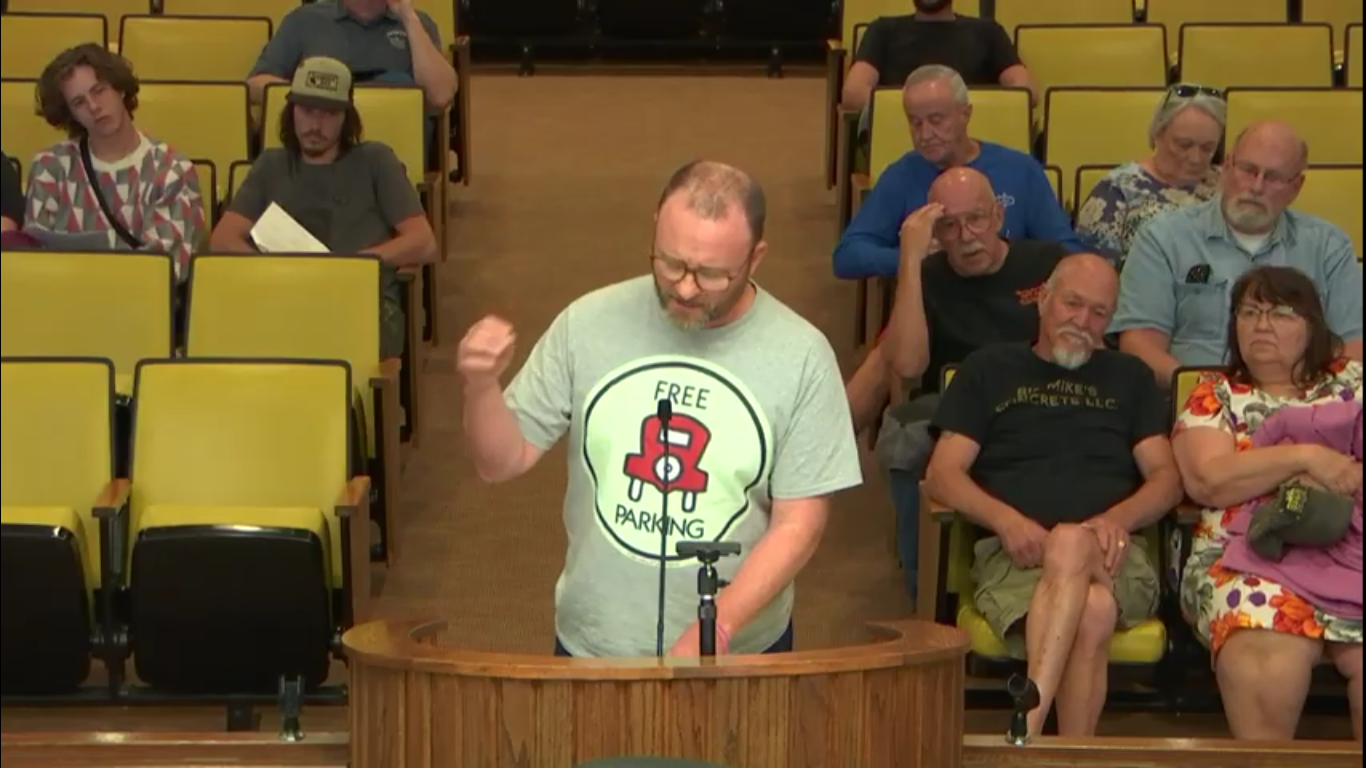 Chad Lore spoke against the city charging fees for permits to park on the parkway on Tuesday, June 7. (Screenshot via City of Casper, Youtbue)

CASPER, Wyo. — The Casper City Council will hold a regular meeting on Tuesday, July 5 and will look to finalize rules for a citywide parkway parking permit program.

The City Council amended the proposed new parkway parking permit rules on second reading during its June 21 meeting. Instead of allowing people to apply for permits to park on parkways anywhere in the city, the amendment limits the availability of permits to narrow streets.

The parkway is the city-owned space between a street and a sidewalk often covered in grass. A number of residents have objected to the idea of paying for a permit to park on parkways, and Vice Mayor Steve Freel said during the second reading that he thinks the City Council has spent far too much time on the issue. The proposed rules have nevertheless advanced, with other councilmembers arguing that the city needs to charge residents something to avoid giving public property up for private use for free.

In addition to the third reading of the parking ordinance changes, the City Council will consider a resolution to establish a fee for the parkway parking permits. The proposed fee would be $25 per year for a permit.

The City Council will also consider authorizing an agreement with the Rotary Club of Casper regarding the bouldering park at Crossroads Park during the meeting Tuesday. Another set of items for the City Council’s consideration are memorandums of understanding with Mills and Evansville related to the Metro Animal Shelter. There is a range of other resolutions and ordinances the City Council will consider on Tuesday, with details available in the council’s work packet:

Tuesday’s meeting can be streamed via the City of Casper’s YouTube channel: