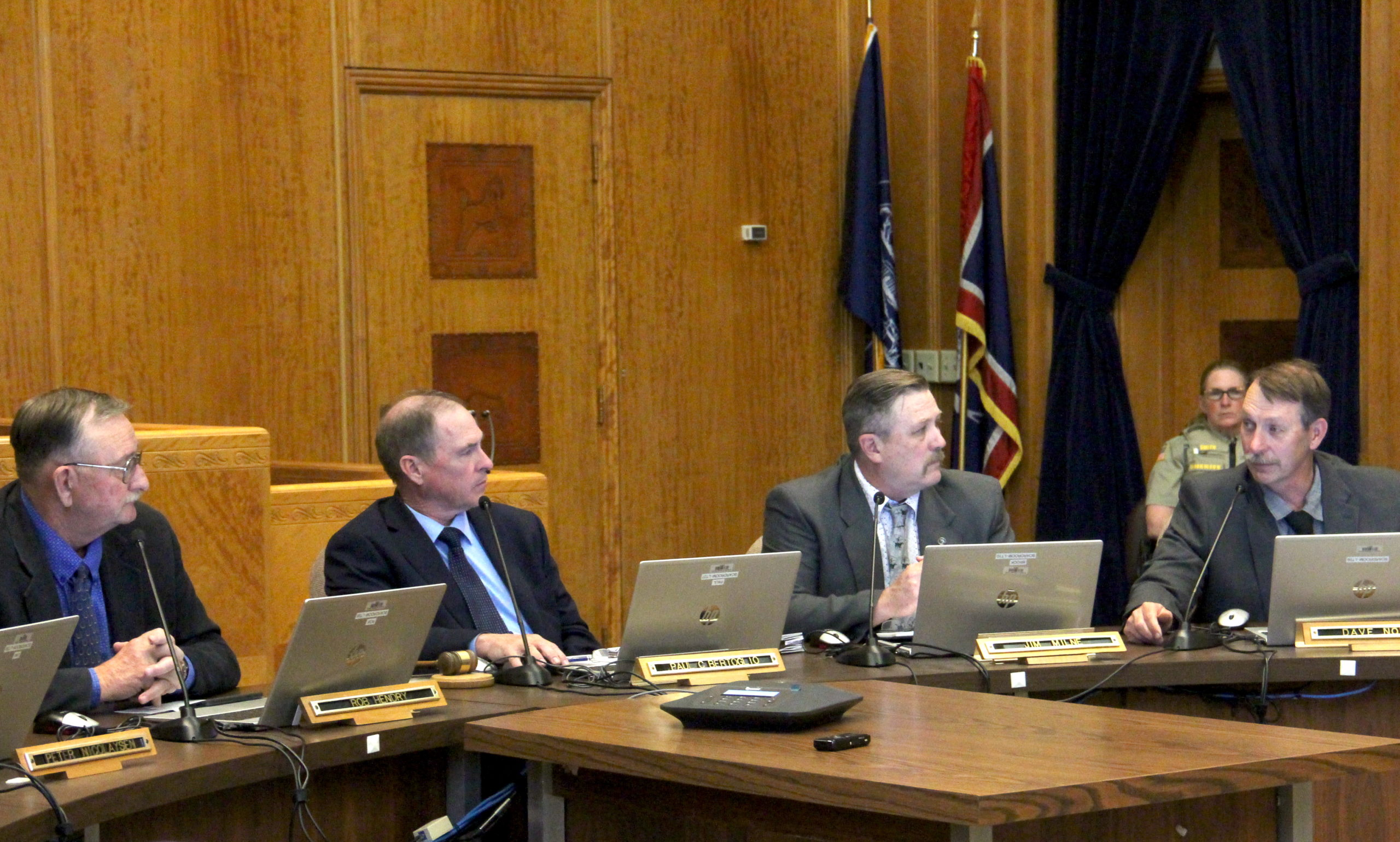 CASPER, Wyo. — Natrona County County agrees with the state of Wyoming that the county was not consulted by the Bureau of Land Management when it purchased the 35,670 acre Marton Ranch in Carbon and Natrona counties. But neither was the county consulted by the state when it filed suit against the Interior Department challenging the purchase to the Board of Land Appeals on procedural grounds, the commission said.

So when the county was invited to join in signing the state’s affidavit in the challenge, it signed one of its own at its regular meeting Tuesday, July 5.

Commissioner Peter Nicolaysen drafted the language of the county’s affidavit, stating effectively that it wasn’t consulted by the BLM.

“I feel that they are forcing us to take a position,” Nicolaysen said at the work session where the state’s suit was discussed. “I really don’t like how I think we’re being used and brought into this situation between the BLM and the governor’s office. We’d be getting way out on a limb, way too prematurely.”

Natrona County Attorney Eric Nelson agreed, saying the state’s suit doesn’t offer much detail for its claims or what relief the state is seeking.

The state’s appeal, filed June 17, challenges the $21 million sale of the private ranch to the Land and Water Conservation Fund, saying the agency failed to solicit input from the the public and local governments, nor did it consider the impact of lost property tax revenue to the two counties where the acreage lies.

For Natrona County, those revenues are about $17,800 annually, according to Commissioner Rob Hendry.

Other stakeholders have hailed the acquisition, which includes about eight miles of the North Platte River, as a win for public access to sporting, fishing, and recreation opportunities.

By signing onto the state’s position, the county would vouching for claims it hadn’t evaluated, under penalty of perjury.

“When you look at the latter part of [state’s] proposed affidavit, there’s factual things that we can verify, but then it gets into a lot of representations that, independently, I can’t verify, and I don’t know that anybody in county can verify, in terms of what process the BLM engaged in,” Nelson said.

Nicolaysen added that the suit could be considered an intrusion of private property rights. He said the Marton Ranch had been on the market for six years and that the negotiations for the sale were transparent.

Commissioner Jim Milne agreed,  saying the suit could have a chilling effect on future land sales.