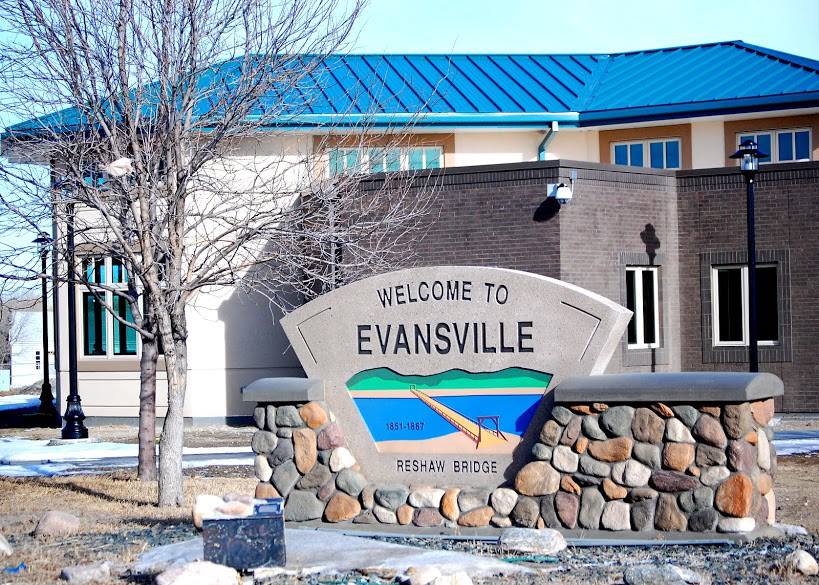 The discussion was well attended, with officials needing to locate extra chairs to seat everyone. After hearing many different perspectives on the ordinance, from Evansville residents as well as Police Chief Mike Thompson and Public Works Director Robert Lewallen, the council decided to hold a work session before it moves on any official decision.

Currently, the ordinance bans parking any of these recreational vehicles on the street for more than seven consecutive days in a 30-day period. During the meeting, Councilmember Candace Machado said that the ordinance’s wording has “only slightly been changed” since it was put in place in 1982.

Many residents said that they were in favor of getting rid of the ordinance entirely, expressing that they consider the ordinance’s seven-day limitation arbitrary. One concern brought up frequently has been safety, with some concerned about how large vehicles can limit visibility for drivers and residents, but some take issue with what connection this may have with a time limit.

“I don’t understand how you consider it a safety issue when it’s allowed seven days out of the month,” one man said.

This was one of the main points made in the discussion last year, Machado said, when the issue was also brought to the council. Though they deliberated on the ordinance, no solid decision was made. The debate was reignited about a month ago, after an intense social media discussion.

Attendees also made the point that vehicles, including these recreational ones, have gotten larger since 1982, with the roads in the town still being quite narrow. Multiple speakers requested that the council look into making roads wider, especially if they end up getting rid of the ordinance.

The ordinance also doesn’t address all recreational vehicles, leaving some out and allowing room for interpretation. Additionally, as Thompson explained, issuing citations for vehicles parked over the time limit has traditionally fallen to dispatch — the department can’t monitor every single trailer in town, so they rely on calls to the non-emergency number when a vehicle is disrupting residents.

“This initial discussion came about two years ago, we restructured and created a community service code enforcement person, and the old law from 1982 hadn’t really been enforced much prior to her coming here,” Thompson said. The code enforcement official made it a goal to “clean up” around the town, enforcing ordinances having to do with that.

“Well, how do you prioritize, when you don’t have the manpower, speeding stop signs and DUIs or trailers parked in the street?” Thompson asked. He said that if the ordinance is to be changed, it needs a better plan for enforcement. If this remains a part of the town code, he said, “you have to give citations, because if you just give warnings, everyone’s like, ‘Ehh.” … It kind of builds that they’re not enforcing.”

Some members of the public weighed in, both Monday and at the previous meeting, that the police department shouldn’t have to devote time to this issue.

Another suggestion attendees proposed was to only enforce the ordinance during the colder months. “My suggestion would be to get rid of the ordinance until October, which then we have snow plows in hazardous conditions,” one man said. “And that’s when they need to be off the streets, because it’s a hazard. … We have snow, ice.”

In the summer, when people use these vehicles more anyway, snowplows aren’t out and snow and ice aren’t a factor, reducing the possibility of cars sliding. “I mean, our speed limit’s set at 20 miles an hour for a reason,” the man continued. “Pay attention, drive slow. We have lots of kids.” Others agreed that careful driving and adhering to the speed limit could combat the visibility issues.

Still, visibility and safety issues stand in the discussion. Concerns were expressed about these vehicles blocking the view of people backing out of their driveways or kids playing in the street. Additionally, Public Works Director Robert Lewallen spoke, mentioning a couple of instances of vehicles inhibiting that department’s access.

“A couple of years ago we had an instance to where somebody’s service line was leaking into their house. But [someone] parked their boat on top of our meter pit and we couldn’t find the owner to the boat,” Lewallen said. “[The person living at the residence] didn’t know who it belonged to. And it took Mike a little bit of research to find the owner of the boat so we could get it moved and get the water shut off. I realize it’s a small problem in the grand scheme of things, but if it is a problem, it’s a pretty big problem.”

He also expressed concern about these vehicles blocking manholes if they’re parked in the street. In a sewage-related emergency, such as sewage backing up into a house, getting a vehicle’s owner to move it could waste critical time.

There are ordinances which prohibit parking on or in the way of things like meters and manholes, Lewallen said, but they aren’t always followed. “It’s just knowing where your shutoffs are on your property,” he said. “That’s the key.”

Another member of the public mentioned that if the town were to forgo the ordinance, it would have to rely on common sense of its residents to prevent safety issues. “When you think common sense, you still have to try and look at the lowest common denominator,” he said. “I make decisions along the lowest common denominator sometimes, and that doesn’t mean that’s bad. … I call it a brain fart.”

In the discussion, the council aimed to get public suggestions on what to do about the ordinance, and in the end they had several options. Many were in favor of getting rid of the ordinance entirely; others favored only enforcing it in the colder months — October through May was suggested; some were in favor of a town lot, where residents could pay to store their vehicles out of the street; others were in favor of keeping the ordinance but improving its wording and enforcement.

Councilmembers, as well as Thompson, expressed that whatever decision is made will need to be a compromise. “You can’t please everybody all the time, but as a community, finding the middle balance — and that’s what these guys are about is finding the middle balance: a compromise,” Thompson said. “So for us on the back end, either change it so it’s possible so everybody has some voice in it, or get rid of it so that I don’t have to sit there on the phone or people come in the office going, ‘Why aren’t you enforcing this? You’re enforcing all this other stuff.'”

Throughout the meeting, the council stressed that it wants to come to a decision on this issue as soon as possible, considering the amount of time the town has spent discussing it.

“I would like to get this handled and situated as soon as possible, so that we can move on with more important council business,” Machado said. “I mean, I’m not gonna lie, there are more important things on our agenda item list than this.”