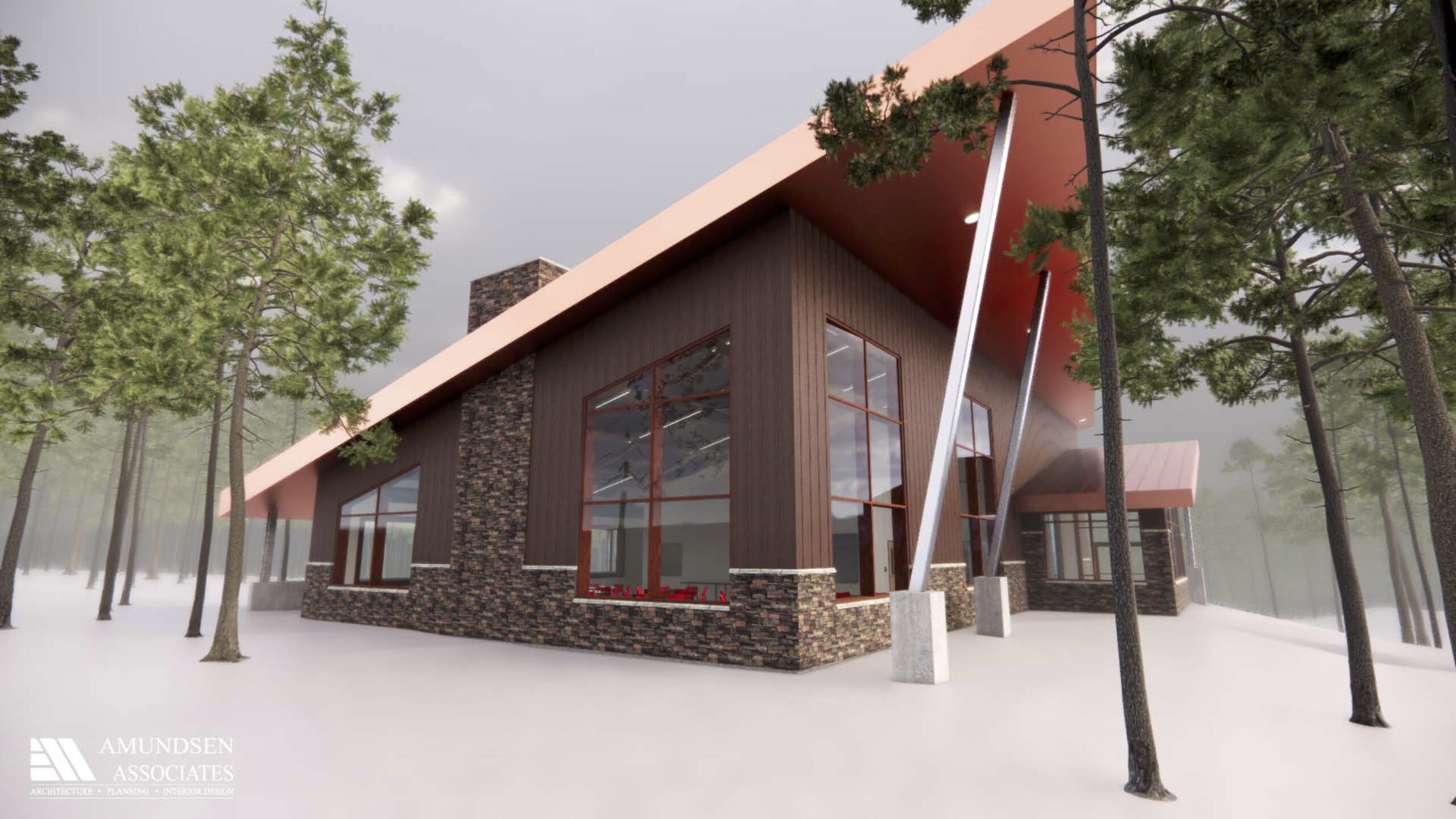 CASPER, Wyo. — Engineering designs are in place for replacing the Beartrap Meadow picnic shelters and Casper Mountain Trails Center, which were demolished in late 2020 due to structural issues.

Designs for a new ski lodge have been completed by Amundsen Associates and are expected to come before the Natrona County Commission for approval at an upcoming meeting, according to county parks director Michael Brown.

The contract with Amundsen approved last March included design, engineering, and contract bidding. The ultimate construction budget was $2.5 million, including possible expansion of the parking lot. Brown said Amundsen is currently securing a third-party cost estimate for the construction of the Trails Center design.

The county also approved a design and engineering contract with Inberg-Miller Engineers last winter for the replacement of the three picnic shelters. The ultimate construction estimates are up to $120,000 apiece, leading the commission to consider replacing them in phases.

Brown said Wednesday that he will be using the $120,000 currently budgeted for the project as matching funds to apply for up to $700,000 in grant funding through the Wyoming Outdoor Recreation office. If awarded, the remainder of the funding would be used to replace all three shelters, as well as fire rings and picnic tables, Brown said.

The application deadline is Aug. 30, and Brown said grantees should be announced by the end of the year.