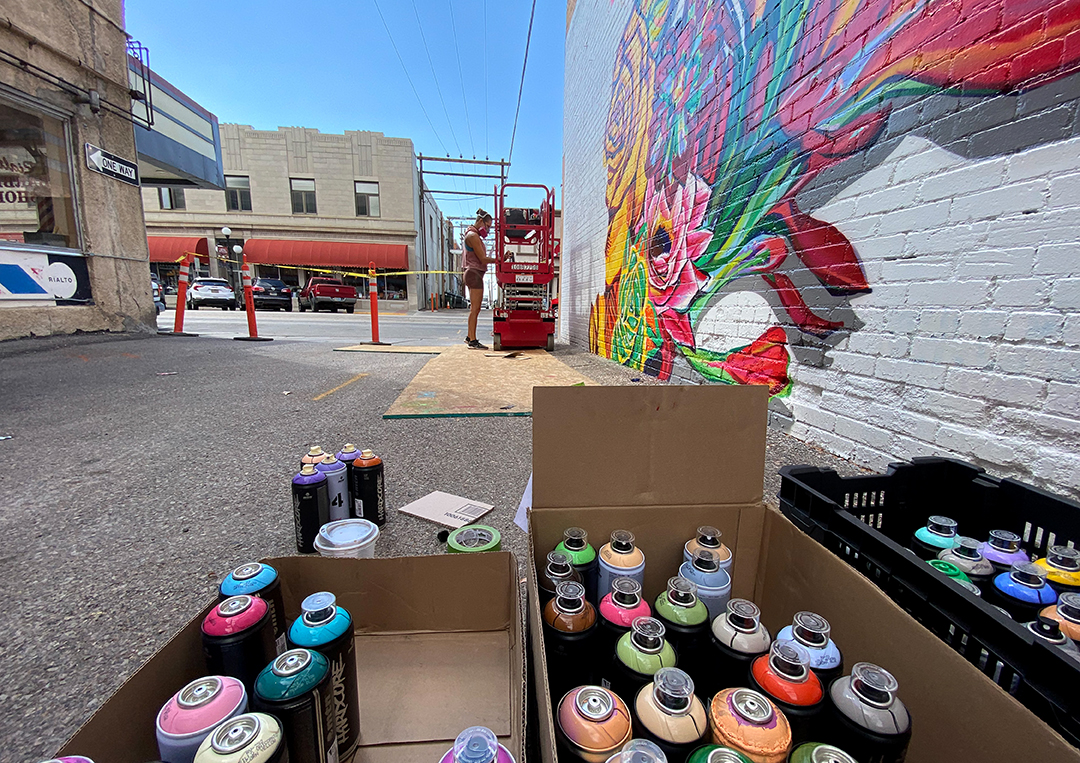 Muralist Koda Witsken works on the newest Casper Mural Project piece in a alleyway between the Rialto and Cadillac Cowgirl on Thursday in downtown Casper. (Dan Cepeda, Oil City News)

CASPER, Wyo. — Using a brick wall as her canvas and cans of spray paint for brushes, muralist Koda Witsken has worked to bring the Casper Mural Project’s newest piece of beautification to life.

The wall between the historic Rialto Barber Shop and what is now the Cadillac Cowgirl shop was prepped last week with white primer before Witsken arrived.

Originally from Indiana, Witsken operates Hue Murals and has been commissioned to create art in several states. She was chosen out of numerous candidates by the Casper Mural Project, along with the Eastern Shoshone Cultural Center, to pay tribute to Wyoming women. Casper resident and Shoshone tribe member Jackie Washakie served as the inspiration for the mural.

A GoFundMe has been set up to help cover costs of materials for the project.