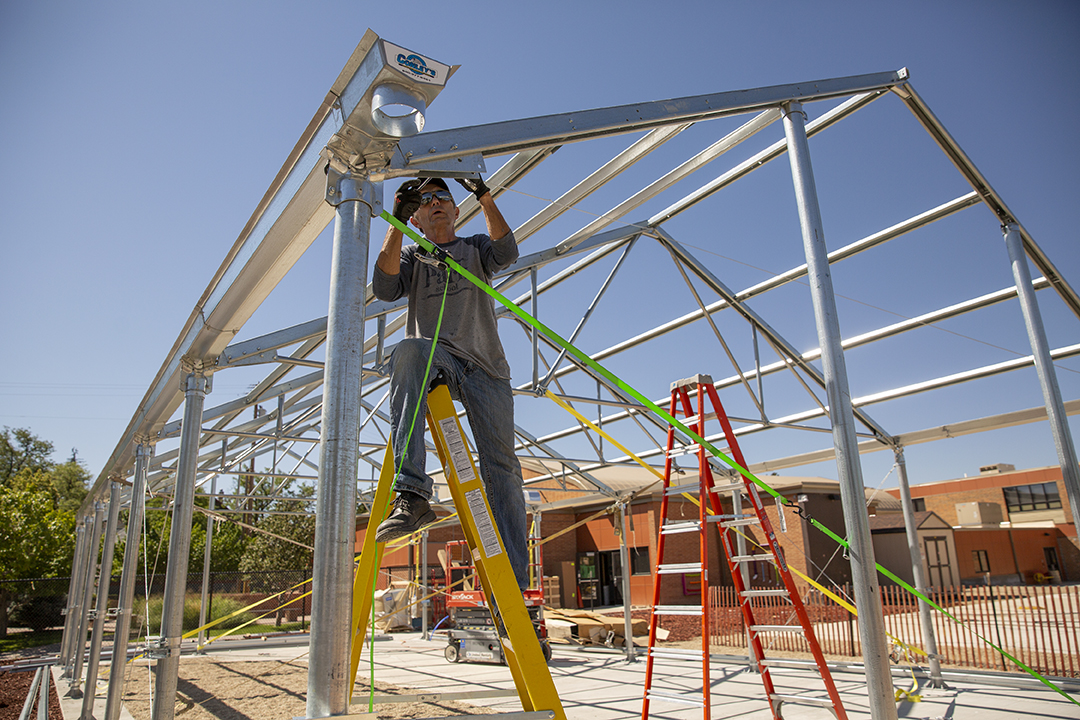 CASPER, Wyo. — Plants and produce will soon be growing on a spot once covered by a slab of cracked asphalt at Park Elementary School in central Casper.

A new greenhouse currently under construction will be the third of its kind in Casper’s elementary schools, according to LeAnn Miller, director of project management at Fresh Foods WY/Casper Community Greenhouse Project.

“Park [Elementary] has always wanted a greenhouse,” said Miller. “So when a Farm to School Grant came up, we applied for it.”

The grant’s timing was fortuitous, since it coincided with some major renovation work on the building and its playground. An underused portion of the playground on the school’s east side was prepped, and construction of the greenhouse started over the summer.

Miller describes the greenhouse as a proper classroom, and though the structure is sold in kit form, it’s designed to meet Casper’s wind and snow-load building codes. It also takes a substantial amount of sweat equity to get built, something numerous volunteers have contributed along the way.

“Each of the schools has a different focus on their greenhouse,” Miller said. Evansville takes a scientific “nature conservatory attitude, so they’ve created little micro-ecosystems that have succulents and plants growing.” They also have some tropical plants and have studied grafting.

“Journey, on the other hand, is all about food production,” she said, “so their beds are full of tomatoes, chard, carrots … They have almost 35 beds growing foods.”

Park’s focus will be on the business aspect of food growing, such as farmers markets and other outlets.

“When the kids were brainstorming the whole thing, they thought, ‘Oh, maybe we could do a food truck,'” she said. “So they’re little entrepreneurs here.”

Park Elementary Principal Emily Catellier says the greenhouse compliments garden clubs and other activities the school has already implemented over the years.

“It will really help students to understand where food comes from and how to make healthy decisions when it comes to food,” said Catellier.

“What we’re really excited about is the kind of hands-on learning, and the variety of forms that it can exist [in],” she said.

The greenhouse should be fully operational later this fall, said Catellier.