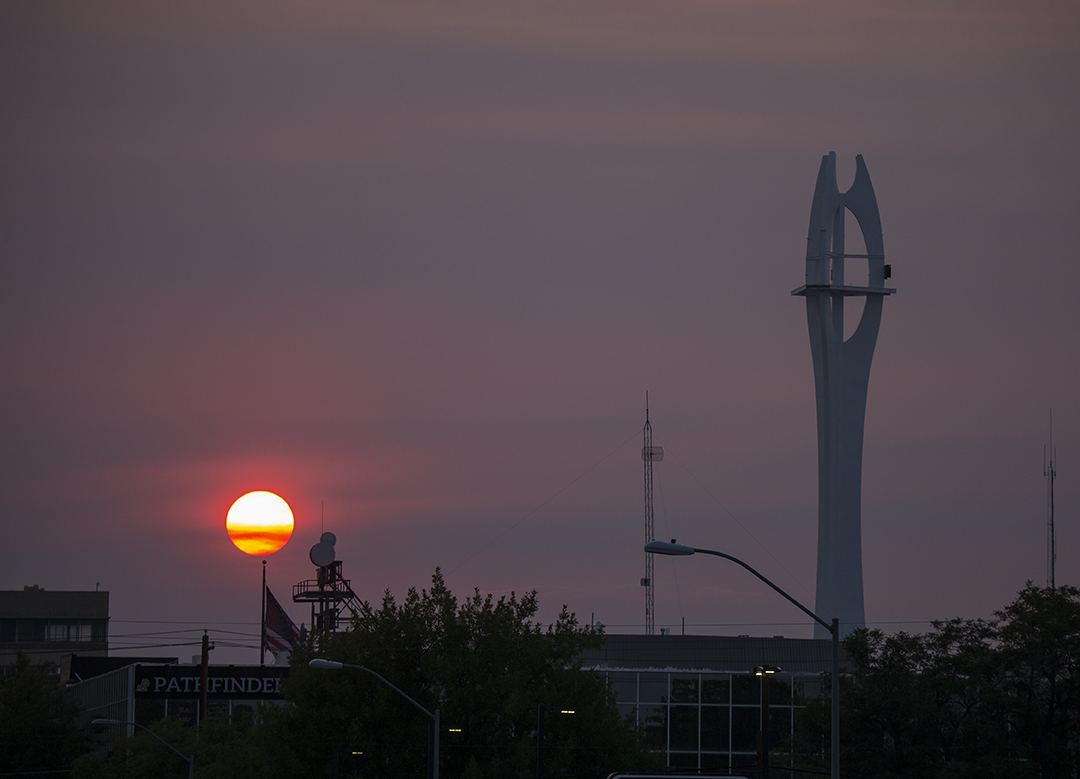 CASPER, Wyo. — Wednesday marked the second day in a row that a spectacular, surreal sunset was visible in the Casper area.

The sun appeared to be a glowing orb as it neared the smoky horizon around 7 p.m.

Much of the haze throughout Wyoming is coming from wildfires in Idaho as well as a fire in Washakie Park, according to the National Weather Service in Riverton.

High temperature records have dominated forecast charts this summer across the U.S. western states, including much of Wyoming. The NWS says record highs were recorded in Rawlins and Cheyenne, with much of central and northern Wyoming approaching or surpassing 100 degrees.

Much of the state remains under a Red Flag fire warning through 8 p.m. today, and air quality alerts will stay in place in central and western areas of the state. Much-needed relief from the prolonged heatwave is coming, with a high of 56 degrees predicted on Friday in Casper along with rain showers in the afternoon and overnight. Saturday’s high is expected to reach 60 degrees, with skies clearing after noon.