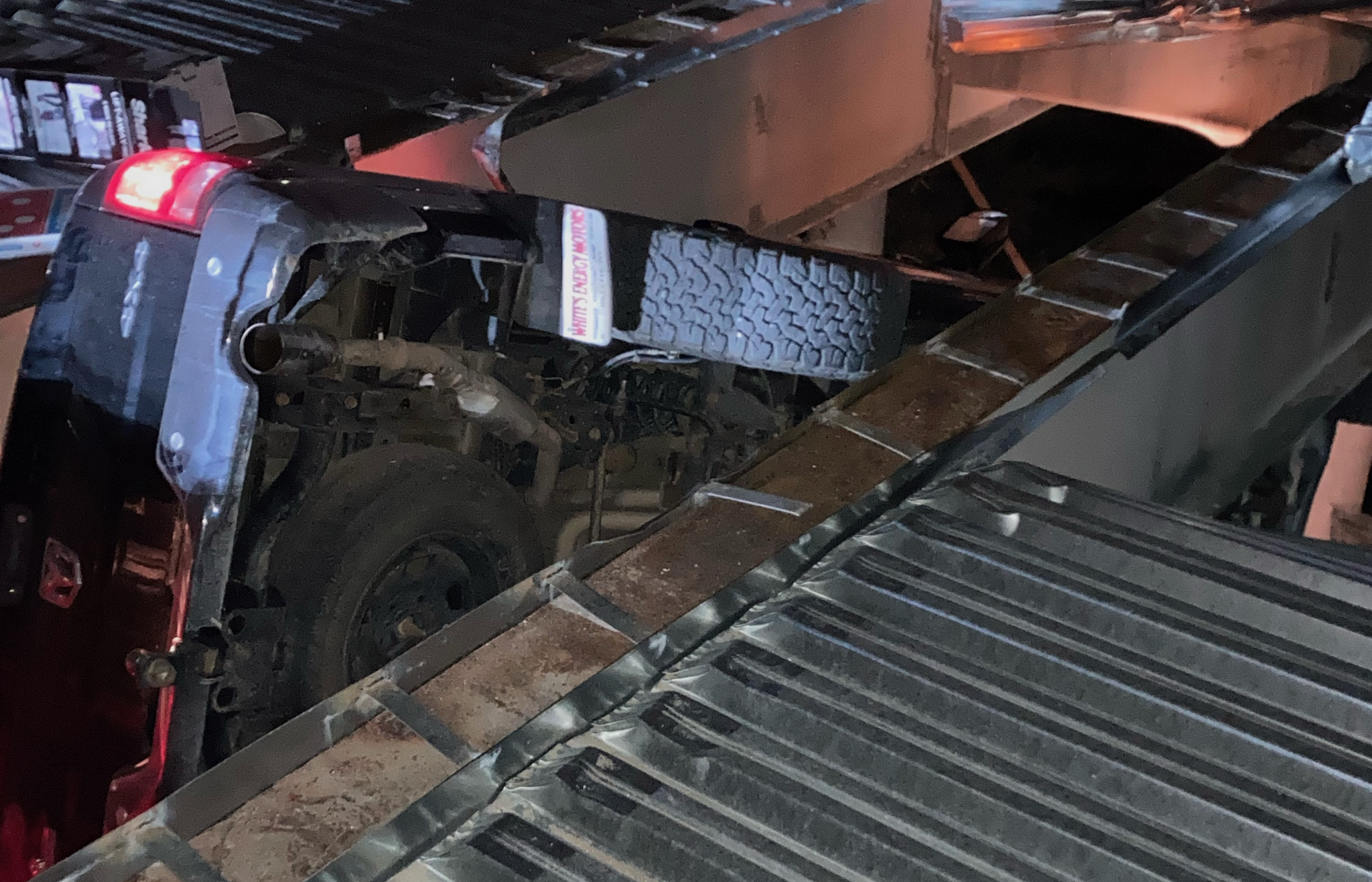 A truck crashed through the metal decking of the Casper Creek Bridge, which is under construction (courtesy Mills Fire Department)

CASPER, Wyo. — A woman received two citations but was uninjured after her pickup crashed through the new metal decking of the under-construction Casper Creek Bridge in Mills on Thursday night, according to city officials.

The call for the crash came in around 11:15 p.m. Thursday. The woman had disregarded the “road closed” signs headed south on Salt Creek Highway toward Mills and drove over the deck replacement work, according to Cpl. Kate Acord with the Mills Police Department.

Mills Fire Chief Wil Gay told Oil City the slope of the concrete embankment prevented the truck from completely plunging through the bridge. “If it had been any further south it would have dove straight down into Casper Creek.”

The woman was able to self-extricate, possibly with the help of a bystander, before emergency crews arrived and evaluated her condition, Gay said.

Acord said a girder may also have been damaged. State engineers will evaluate the damage, according to WYDOT District 2 spokesperson Jeff Goetz.

“It crumples up pretty easy because it’s essentially just tin,” Goetz said regarding the decking, over which concrete was to be poured. The job was scheduled to be completed sometime in October. Assuming there is no damage to the girders, crews may only be set back a few days, Goetz said.

The woman was cited for an equipment violation and disobeying traffic equipment, Acord said.

“Those signs are there for a reason,” she said.

CORRECTION, Sept. 9, 2022: The opening paragraph has been updated to reflect that the woman was uninjured in the crash.