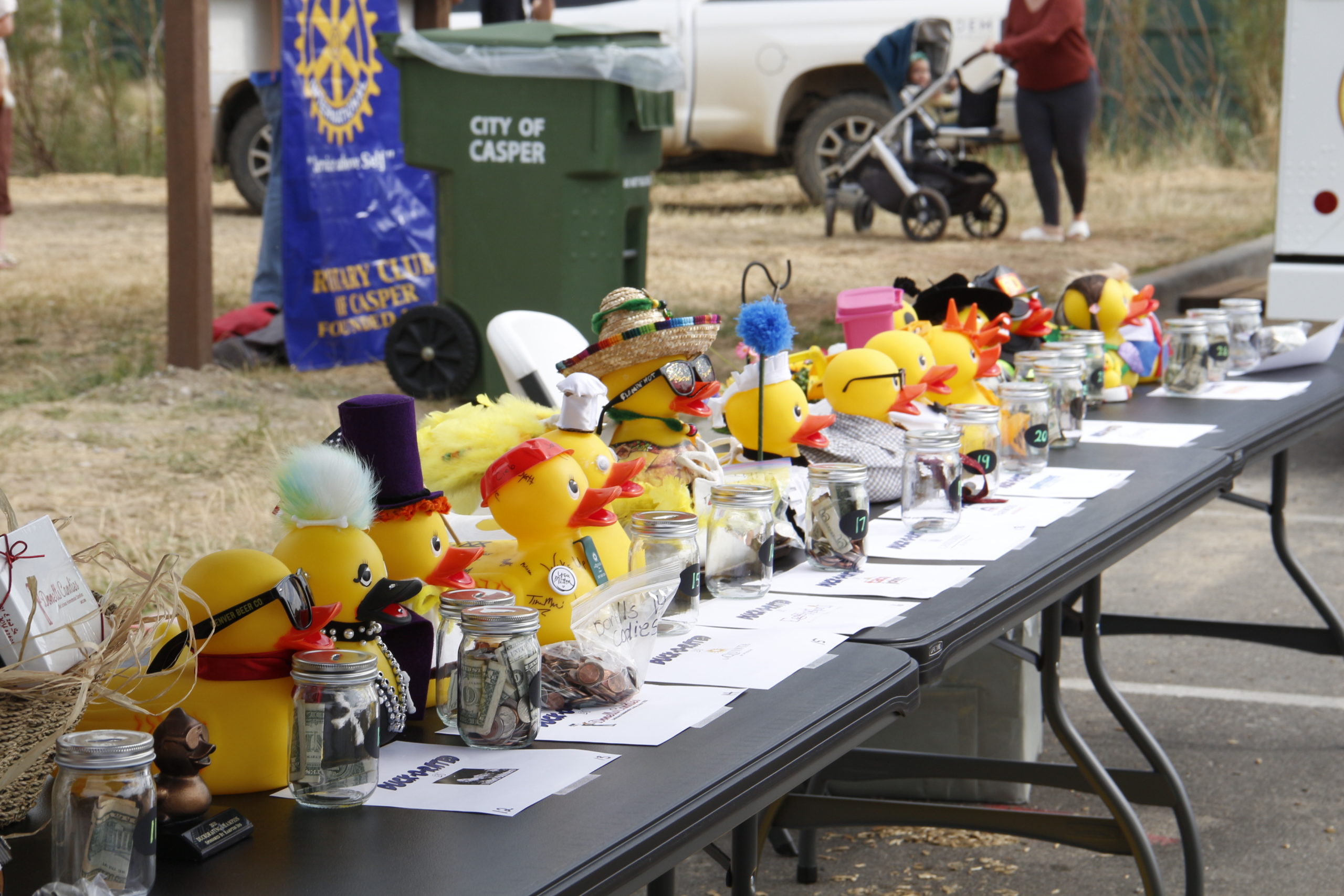 CASPER, Wyo. — The Natrona County Library wants to create a new “StoryWalk” at an area of the Platte River Trail near Crossroads Park.

StoryWalks involve displaying children’s books page by page in an outdoor setting. Library staff would select books to display in the new StoryWalk stations and these could be changed intermittently to display different books, Lisa Scroggins, executive director with the Natrona County Public Library, told the Casper City Council on Tuesday.

Books could be selected to coincide with events in the area, such as displaying a duck-themed children’s book during the Rotary Club of Casper’s annual “Duck Derby” held near Crossroads Park, Scroggins said.

The library has already purchased 20 stations that would be used to hold the pages of children’s books along the StoryWalk. Funding for the project comes from a grant the library has secured from the Wyoming Humanities Council, Scroggins said. Any additional dollars needed can be provided through the Natrona County Public Library Foundation, she added.

The idea to create a new StoryWalk in Casper is something Chelsie Troutman with the Natrona County Public Library has been advocating for for several years, Scroggins said. After the StoryWalk in Casper gets created, the library hopes to eventually add StoryWalks in other communities in the county, she added.

“It is a great way to be physically healthy and mentally stimulating at the same time,” Scroggins said.

How often children’s books will be swapped out depends on how much the StoryWalks get used, but Scroggins said they will be rotated on at least a quarterly basis. The final station in the StoryWalk will include a QR code people can scan to indicate that they used the StoryWalk, she noted. The library is thinking of ways to incentivize people to use the QR code, such as offering stickers at the library after someone completes the StoryWalk.

The library and the City of Casper would need to enter a memorandum of understanding that would allow the library to utilize city property to install the StoryWalk infrastructure. The proposed agreement would task the library with all installation and upkeep of the StoryWalk.

The City Council will be asked to formally approve the agreement in a regular meeting. Several councilmembers indicated support for the idea during the work session on Tuesday.