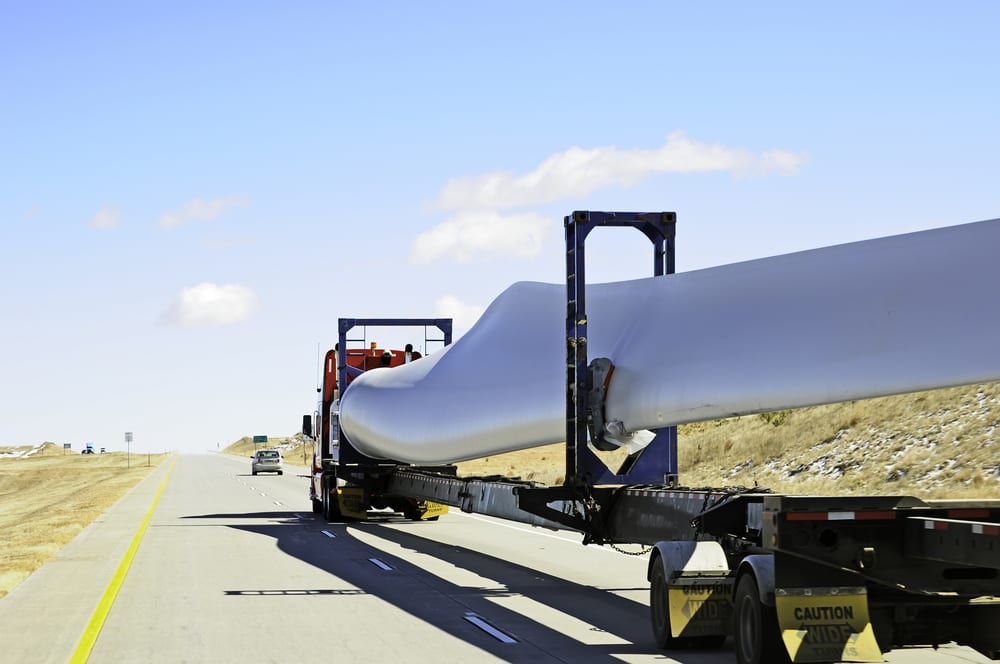 CASPER, Wyo. — On Tuesday, the Casper City Council indicated in an informal straw poll vote of 7–2 that it is in favor of allowing a wind turbine sculpture to be built near Fort Caspar Museum.

The sculpture would be a design resembling Stonehenge and would be created by Casper artist Chris Navarro. Navarro plans to utilize retired wind turbine blades from NextEra Energy for the sculpture.

City staff showed the City Council a possible site for the sculpture near Fort Caspar Museum during the pre-meeting work session on Tuesday. When asked if there are other possible sites, Community Development Director Liz Becher told the City Council that somewhere near the Ford Wyoming Center might be an option, though staff hadn’t identified a specific site.

The site near Fort Caspar would be four-tenths of an acre in size, according to Parks, Recreation & Public Facilities Director Zulima Lopez.

Vice Mayor Bruce Knell said he supports offering land for the sculpture to be built on near Fort Caspar as it may help bring more visitors to the museum itself.

“I’m all for it, personally,” Knell said.

If Casper doesn’t support the project, Knell said it might lose the opportunity to another community like Evansville. Navarro told the City Council that he has received interest from the mayor of Cheyenne, the City of Mills and the Platte River Trails Trust in his wind turbine–based sculpture designs. The Stonehenge-themed design is just one of various designs he has created that would use retired wind turbines.

For his part, Navarro asked how many parking spots would be available near the Fort Caspar Museum. While Knell said there are 120 parking spots at the museum parking lot, Lopez said she wasn’t sure what the exact number is but noted some are regularly used for museum activity.

Navarro said a site near the Ford Wyoming Center might make sense for the sculpture given the availability of parking in the area. Knell said he was against building the sculpture near the Ford Wyoming Center given that a new indoor sports complex is expected to be developed in the area, which could attract further development on its heels and quickly make parking a premium.

She noted that once a new piece of public art gets installed, people in the community can become attached to it and won’t want to see it ever moved. Therefore, Pollock said public art projects should be planned with an eye toward keeping it in place in perpetuity.

“To me, a public art process is critical and should be driven by the public, not by us,” Pollock added. “Not by us deciding if we think this is cool or not cool.”

While Navarro’s concept might be something the public wants, Pollock said she thinks moving forward without engaging stakeholders would be putting the cart before the horse. Mayor Ray Pacheco expressed agreement with Pollock’s position during the discussion.

Knell asked what a public engagement process might look like. Pollock said it could involve surveys, meetings with stakeholders such as art organizations in the community or conversations with Visit Casper as to what tourists are looking for when they come to Casper.

Councilmember Steve Cathey said that he doesn’t think the City Council has historically required a robust engagement process when it has been approached by people wanting to install works on city grounds.

“People have come in, donated it and we have found a place to put it,” Cathey said.

With Navarro having told the City Council when he initially presented the concept in June that NextEra Energy would supply the retired wind turbines and cover construction costs, city staff subsequently spoke with NextEra representatives and heard that the company indeed intends to support the project, a memo from city staff said.

Councilmember Jai-Ayla Southerland said that with the proposed project having a source of funding and not asking the city for a financial contribution, she’d like to see the project move forward in some form. She said some kind of stakeholder engagement process might elicit suggestions for how to proceed with the project.

Councilmember Kyle Gamroth said he agreed with Southerland’s suggestion to engage stakeholders in some manner regarding the specific proposal Navarro is bringing to the table without necessarily asking for more public art submissions as alternatives.

Gamroth said he wanted to be sure Fort Casper Museum staff get consulted about the sculpture possibly being constructed nearby. Lopez told the City Council she had informed museum staff but that staff have not yet had the chance to provide substantial input. The Fort Caspar Museum Association has yet to be consulted and Lopez said that she thinks it is important these stakeholders have an opportunity to weigh in.

Pacheco said he thinks it is imperative Fort Caspar Museum be consulted before green-lighting the project. Knell, on the other hand, said that if the project is not on museum grounds, the museum shouldn’t necessarily have a say just because it would be a neighbor to the new sculpture.

Knell added that he doesn’t think there is a need to consult other art organizations in the community as he thinks it is likely they will oppose it in order to minimize competition. Knell said he didn’t understand the calls for a public engagement process when the City Council has supported requests from groups like the Rotary Club of Casper for land to install a bouldering park without requiring such a process.

Southerland said she didn’t think the prospect for the project would necessarily suffer if the City Council delayed a decision by 30 to 60 days to engage with Fort Caspar and other stakeholders and that doing so could, conversely, improve the final result.

Pacheco suggested the City Council hold a straw poll vote as to whether to give preliminary support to allow the sculpture to be built at the proposed site near Fort Caspar with the understanding that staff would be asked to engage in conversation with the museum and other stakeholders.

A straw poll vote along the lines of the mayor’s suggestion passed 7–2, with Pacheco and Pollock showing thumbs down.

A formal agreement between the city and the sculpture developers would need to be approved by the City Council during a regular meeting before city land could be used for the installation.

While Navarro had presented his concept to the City Council using the name “Windhenge,” City Attorney John Henley said Tuesday that that name is trademarked and couldn’t be used for the project. Navarro said he was aware of this as he has spoken with the sculptor who has trademarked the name. Navarro said he was planning to change the name to “Winds Henge.” Henley said this might not be differentiated enough to avoid trademark issues.

As for a timeline, Navarro said during the discussion that he could see the installation occurring in summer 2023.