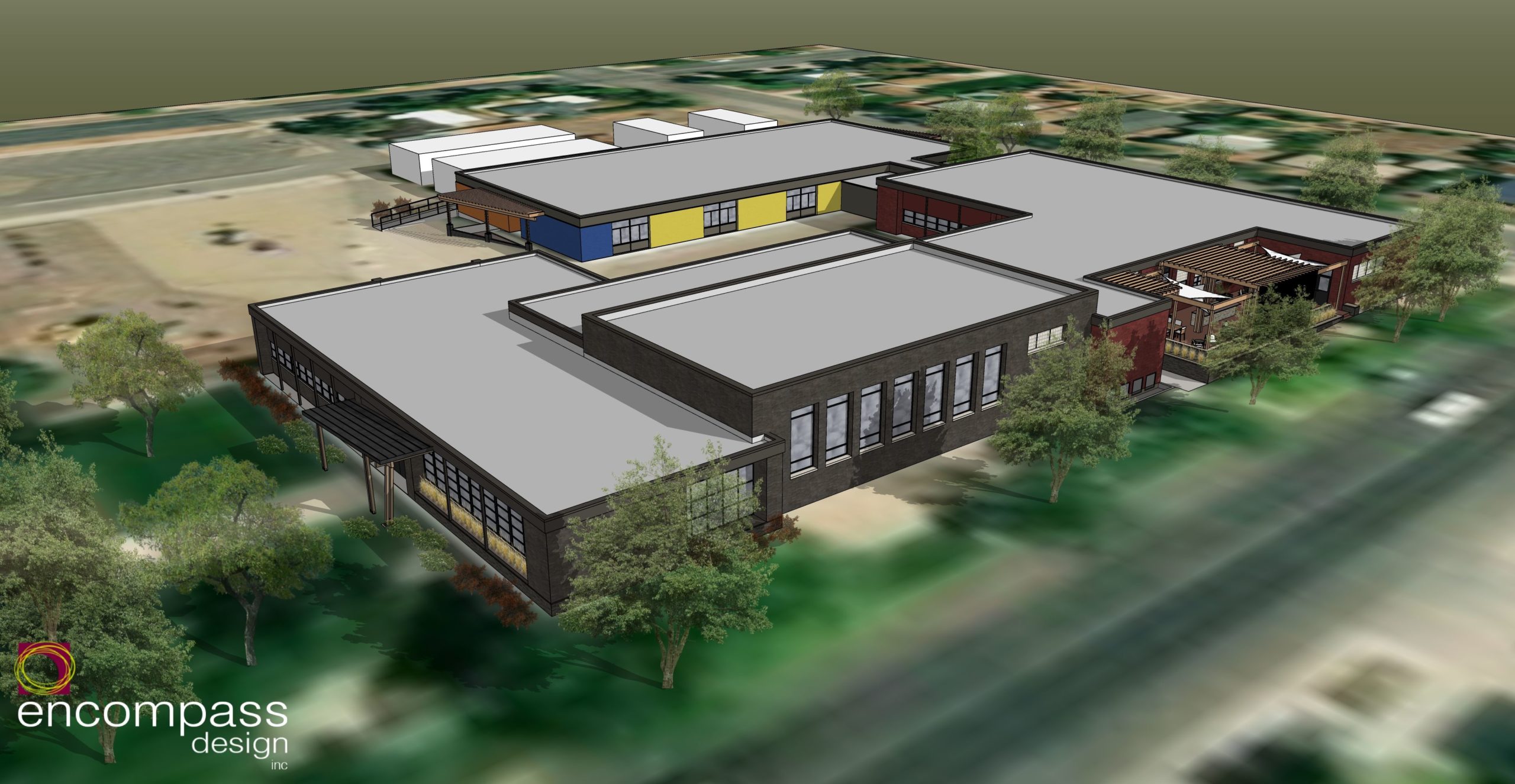 A rendering shows the design concept which will transform the former Willard Elementary School into a multi-use community center by Casper Housing Authority. The smaller part in the back being the daycare and the larger area will be the Training Center and offices. (Courtesy)

The grant is technically being awarded to the City of Casper, which is expected to administer the grant on behalf of the Casper Housing Authority, the subrecipient of the grant. The Casper City Council will be asked to authorize acceptance of the grant during its meeting on Tuesday, Sept. 20.

When the Casper Housing Authority approached the City Council in 2021 asking for the city to act as the municipal sponsor for the block grant, director Kim Summerall-Wright said the CHA had already secured $2 million toward the overall $2.5 million cost of the former Willard Elementary School project.

Once the project is complete, Casper Housing Authority plans to house the following inside the former school, according to a memo from city staff:

The city will be tasked with submitting eligible expenses related to the project for reimbursement on behalf of the Casper Housing Authority. The city is eligible to receive a 10% administrative fee from the grant for its own personnel costs associated with administration.

City staff have completed mandatory training from the WCDA required for the release of grant funds, the city staff memo said.

The staff memo and the proposed agreement between the city and WCDA for the acceptance of the grant can be reviewed below: