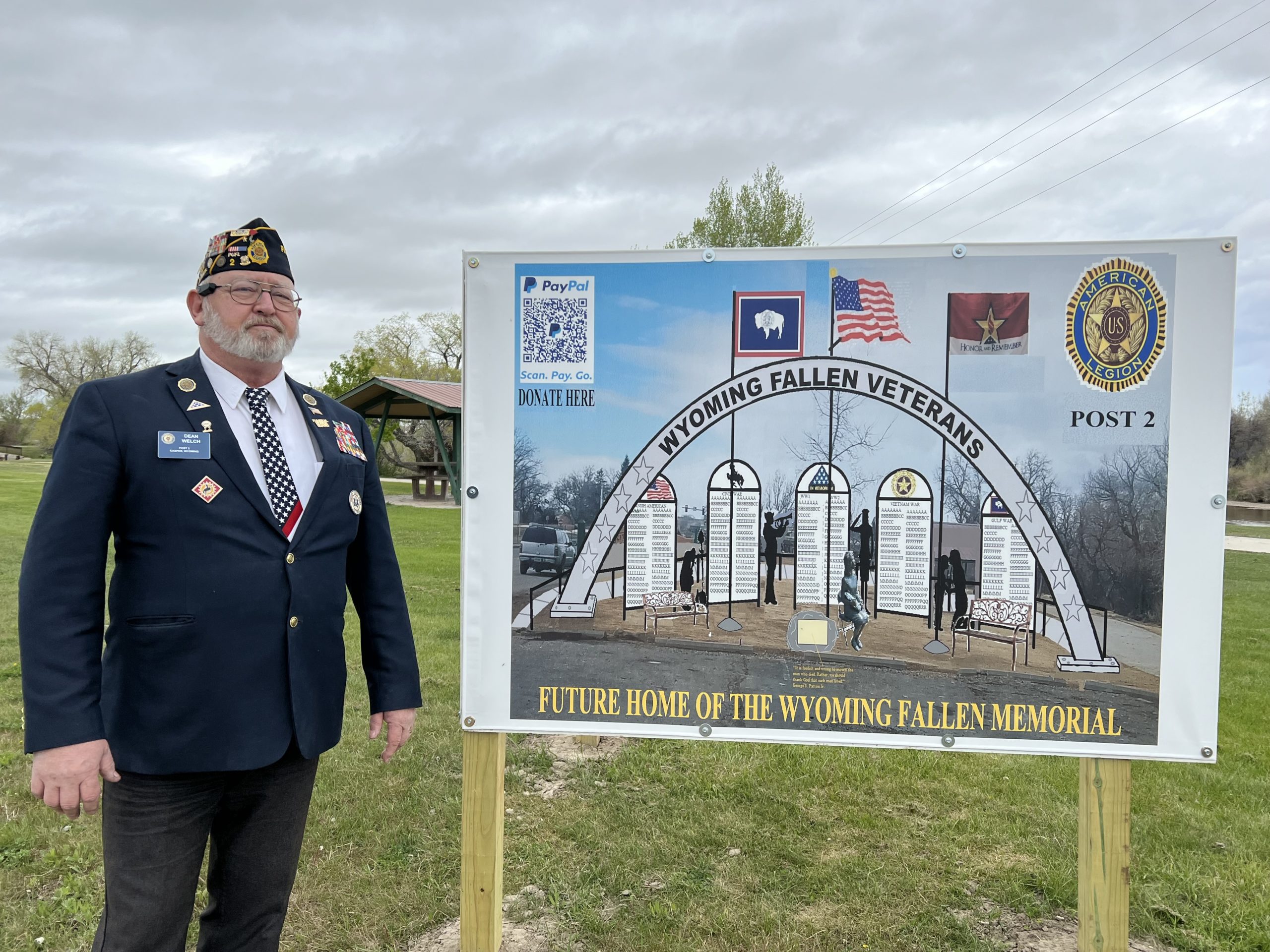 Dean Welch next to the design for the new memorial honoring Wyoming's fallen military members in May 2022. (Brendan LaChance, Oil City)

The American Legion plans to donate ownership of the “Wyoming’s Fallen Memorial” to the City of Casper, and the Casper City Council will consider authorizing a donation agreement during its Tuesday, Sept. 20 meeting. Dean Welch, an Iraq War veteran and post adjutant for the American Legion’s George W. Vroman Post No. 2, explained the vision for the memorial during an interview in May.

Welch, with the help of a committee, came up with the design for the new memorial. It is expected to include an arch structure, signage with the names of fallen veterans, lighting, flags, a walkway, benches and a donor recognition sign, a memo from city staff said.

The American Legion shared a photo of the completed arch via its Casper Legion Post Facebook page on Aug. 30.

“The Big Arch for the Wyoming Fallen Veterans Memorial is all one piece,” the post said. “Huge thank you to Austin Engineering (formerly WesTech) for the steel and letter cutting in the middle, Wyoming Recycling for the steel for the top and bottom and High Country Fabrication for putting it all together.

“We live in a very patriotic and supportive community and these three companies really kicked in to make this happen. Thanks to Ed Hazelton for transporting the steel for us.”