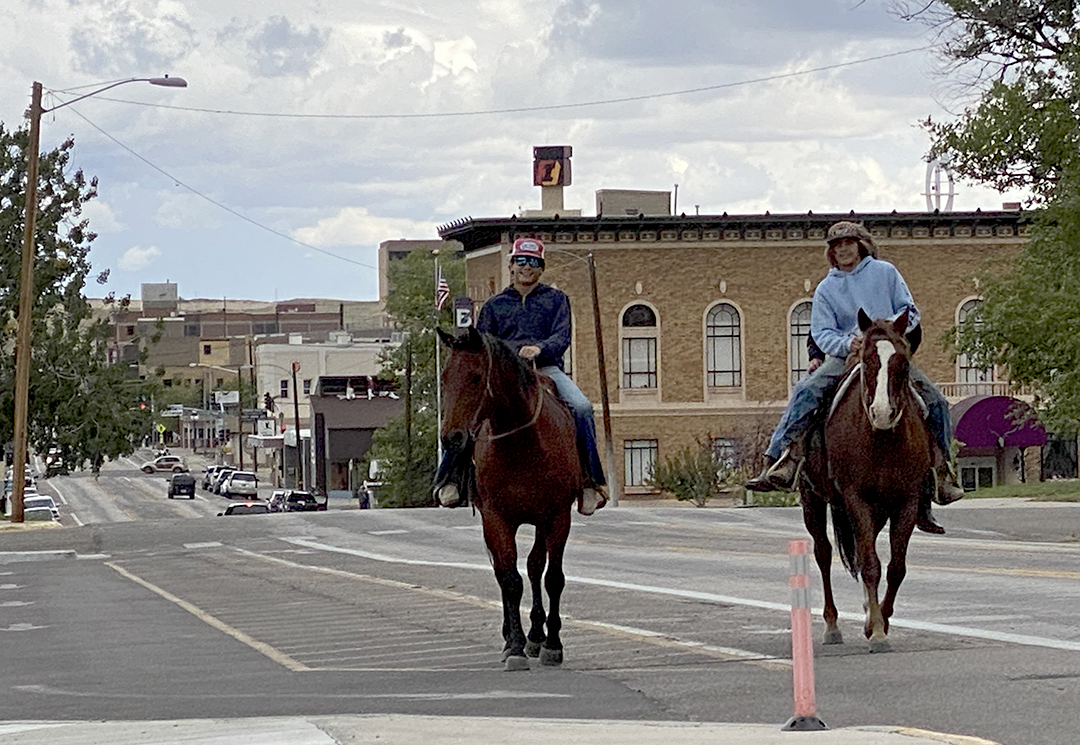 CASPER, Wyo. — Laughing and yelling children at Park Elementary School leaped from the swings and playground equipment during recess and ran toward the fence on Thursday, all unable to resist a closer look at two horses slowly walking by along Center Street.

The horses were guided by three Natrona County High School students, who brought them from their homes out past Hat Six Road into the city for a little show and tell.

Today is “Western Day” at NCHS, they said. The Park students’ reactions were unanimously positive, but back at NC the stunt was more of a mixed bag.

“All the kids loved it, but the staff did not,” said Jaxsen Olsen, sitting on one of the horses. “The staff and administration didn’t like it too much.”

After being asked to remove the animals, they took a slow stroll around a couple of blocks and over past the nearby Park School. They soon made their way to an awaiting trailer parked at a lot within sight of NCHS.

It’s all good, said Olsen: “We’ll be OK; we’re not getting suspended or anything.”

Most of the students wore cowboy hats and western wear for Western Day. The three young horsemen donned sweatshirts and King Ropes caps.

“We wanted to go all out, go big or go home,” said Olsen.