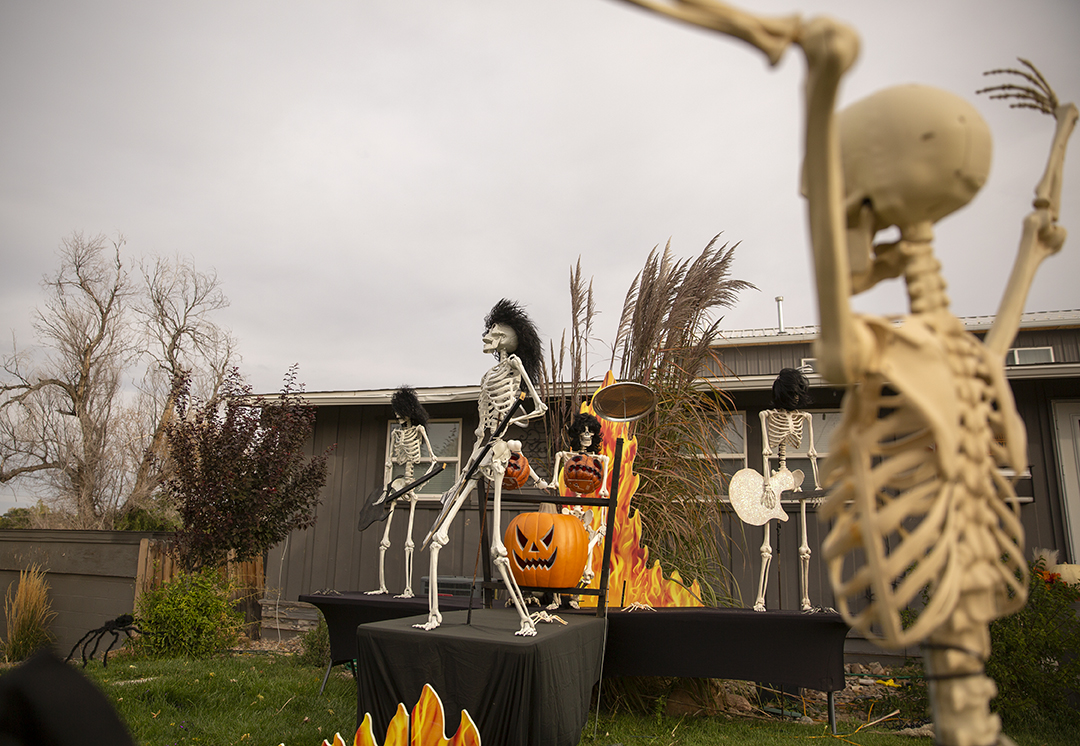 The bangin’ collection of creatures of the night on 15th Street between Bonnie Brae and Oakcrest is the handiwork of homeowner Corey Davison, who has been assembling elaborate theme-based displays featuring undead performers for several seasons.

“I’ve done football, cornhole, one year they were crawling up over the house,” said Corey. Last year’s display featured a WWE skeletal smackdown.

Corey says he keeps his ideas close to his ribs until they’re unveiled. “Usually, I’m thinking of the next one while I’m building this one,” he said.

A longtime KISS fan, Corey said portraying the four original members of the band was a natural choice. He fabricated the guitars, secured wigs and painted the faces. The wind — always a challenge — rearranged some of the hair and kicked around some bones, but now he says all the kinks have been worked out for the season.

A show does start at sundown that features lights and lasers synchronized to KISS music, but rather than rock and rolling all nite, it stops at 10 p.m. as a neighborhood courtesy.